“Absolutely, without any question, the invitation is wide open,” Justice, a Republican, said Friday, adding, “We’d welcome, you know, absolutely these counties and be tickled to death to have them.”

Such a proposal, however, would be difficult because state legislatures have to approve any moves, followed by the US Congress taking action.

“We believe this arrangement may be mutually beneficial for both states and for our local constituencies. Please advise on next steps,” the Maryland lawmakers, which includes House Minority Leader Jason Buckel, wrote. The other Maryland lawmakers are Sen. George Edwards, Dels. William Wivell, Wendell Beitzel and Mike McKay. CNN has reached out to the lawmakers for comment.

Justice on Friday announced his intent to put the issue to a vote in a special legislative session, while also acknowledging the difficulty in such a process and calling it an “unprecedented opportunity.”

CNN has contacted the Maryland governor’s office for comment but did not immediately hear back.

West Virginia GOP Del. Gary Howell, the Speaker Pro Tempore, said Friday that Beitzel, who represents Garrett and Allegany Counties, reached out to him several months ago to see if a similar offer stood for them.

The Maryland legislators came to Charleston to meet with Howell, West Virginia Senate President Craig Blair and House Speaker Roger Hanshaw about the process of joining their state, according to Howell.

Both Blair and Hanshaw on Friday welcomed the prospect of the counties joining their state, with Blair calling it “a fit that would work very well for the people in both West Virginia and Maryland.”

Justice’s invitation for three of Maryland’s 23 counties to join West Virginia underscores a tension seen in many states: In places like Maryland, largely Democratic urban areas are home to most of the population, and therefore ensure the party’s control of statehouses — to the chagrin of voters in its rural, Republican-leaning western portion. In other states, such as Texas, heavily Democratic cities have little influence in statehouses where larger suburban and rural areas deliver control to Republicans.

The urban and rural divide has grown more prevalent in recent years — a reality on display in West Virginia, where Justice, who was first elected governor as a Democrat, switched parties in 2017 and then ran for re-election as a Republican.

Border changes to US states are exceedingly rare

International borders with Mexico and Canada have seen minor changes over time as a result of rivers slowly shifting paths, such as in 2009, when six islands along the Rio Grande were ceded from Texas to Mexico. Maritime borders and claims to territory outside the continental United States have also changed.

However, after states have been formed, substantial changes to their borders are exceedingly rare.

Typically, states are fighting over tiny strips of land. In 2013, North and South Carolina clarified a boundary that resulted in 19 homes moving into a different state. In 1961, about 20 acres was transferred from Minnesota to South Dakota. In 1950, Kansas and Missouri swapped small areas due to the Missouri River’s changing path.

Bigger changes, though, are infrequent. The best example remains West Virginia’s break from Virginia during the Civil War. West Virginia split off and remained a part of the union, while the rest of the state seceded and joined the Confederacy.

Still, with one of the major dividing lines in American politics being urban voters who typically back Democrats and rural voters who largely support Republicans, calls to shift state boundaries pop up from time to time.

Earlier this year, five counties in rural eastern Oregon voted to attempt to break off from the state and join Idaho.

In March, in response to Minnesota Democratic Gov. Tim Walz’s handling of the coronavirus pandemic, two Republican lawmakers introduced a bill that sought to establish a process for counties to leave the state.

Republican Kristi Noem, the governor of neighboring South Dakota, tweeted in response to the bill: “In South Dakota, we roll out the red carpet for people who love personal responsibility and Freedom.”

That bill never got a hearing or a vote. A host of proposals from local and state officials elsewhere have similarly failed to get off the ground in recent decades.

State lawmakers in Illinois in recent years have proposed breaking Chicago or Cook County into its own state, separate from the rest of Illinois. Local officials in Florida have at various times discussed breaking the state into two: North Florida and South Florida. Residents of rural Nevada have petitioned to break away from a state where the politics are largely controlled by the more liberal Clark County, the home of Las Vegas and most of the state’s population.

California has regularly seen proposals to break off bits into smaller states — and a group advocating moving rural eastern Oregon into Idaho also called for part of California to be moved into the state. 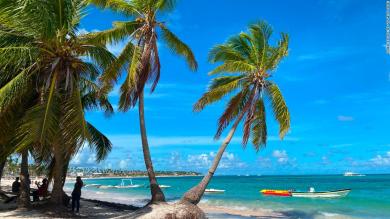 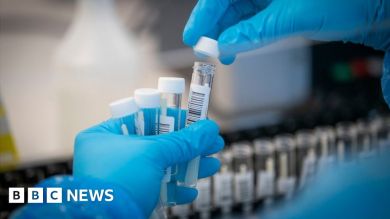 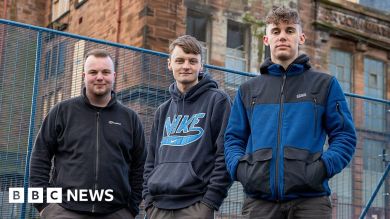 The friends who explore abandoned buildings