Raheem Sterling has asked the Football Association to look into the logistics of him rejoining the England squad at the World Cup in Qatar, according to a source close to the player.

A decision is expected on Thursday, with England preparing to face France in the quarter-finals on Saturday.

Chelsea winger Sterling, 28, left Qatar on Sunday after reports of a break-in at his Surrey mansion.

He missed England’s 3-0 victory over Senegal in the last 16.

Sterling’s representative had said the player’s family were at home on Saturday when there were “armed intruders”. The former Liverpool and Manchester City forward was said to be “shaken” and concerned for the well-being of his children.

In a statement Surrey police said they were investigating a report of a burglary after the occupants of the house returned to find jewellery and watches had been taken, but that no threats of violence were involved.

On Wednesday, they said they are not linking the case to another attempted burglary in the same village.

No arrests have been made yet in relation to the break-in at Sterling’s home.

The FA is yet to reveal exactly what it was told about the incident before Sterling’s departure. 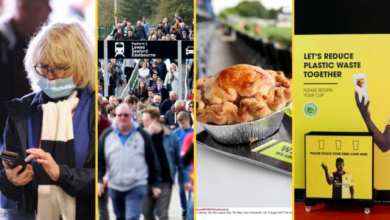 COP26 summit: How to be a sustainable sports fan – four ways to reduce your footprint 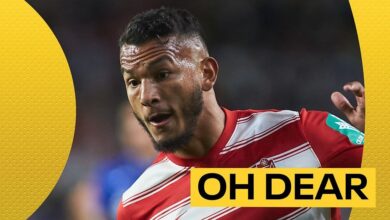 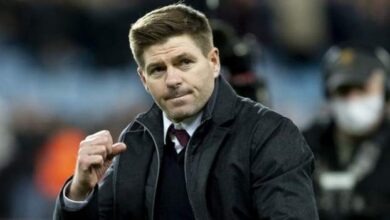 Aston Villa 2-0 Brighton: ‘If anyone doubts me watch me after those goals’, says Steven Gerrard 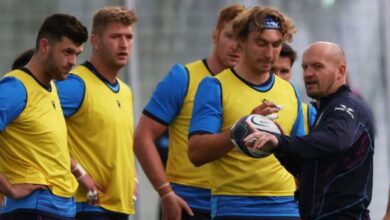