Wales scraped past Estonia with an unconvincing win in Tallinn to keep hopes of finishing second in their World Cup qualifying group in their own hands.

Kieffer Moore poked in from a yard out to give his attack-minded but defensively shaky side a half-time lead.

They became increasingly disjointed in the second half and were fortunate to preserve their lead as Estonia’s Erik Sorga and Mattias Kait missed good chances.

The hosts, ranked 111th in the world, pressed gamely for the goal which would have earned them a second draw in a month against Wales, but Robert Page’s men clung on for a crucial victory.

The Czech Republic’s 2-0 win in Belarus keeps them second in Group E, ahead of Wales on goal difference but having played a game more.

With Belgium almost certain to secure the only automatic qualification spot as group winners, Wales are looking at the play-offs as their most realistic route to a first World Cup finals since 1958.

They are already effectively guaranteed a play-off place thanks to their success in the Nations League, but finishing second in this qualifying group could secure a more favourable draw in that knockout stage.

Wales finish their regular qualifying campaign with home matches against Belarus and Belgium next month, while the Czechs host Estonia in their final fixture.

Wales attack but shaky at the back

If Wales and the Czech Republic finish on the same points, second place will be decided by goal difference.

With that in mind, Wales manager Page said his side would go all-out attack in Estonia to avoid a repeat of the frustrating goalless draw in last month’s reverse fixture in Cardiff.

Page supported his claim by selecting an attacking line-up in Tallinn, recalling playmaker Harry Wilson and handing a first start to Huddersfield winger Sorba Thomas, who was playing non-league football only nine months ago.

Estonia appeared to have similar intentions as Taijo Teniste registered the game’s first shot on target after just 40 seconds – one of a handful of chances the home side were afforded by an occasionally erratic Welsh display in the first half.

Despite their defensive jitters, the visitors were still the dominant force with Wilson firing a free-kick narrowly over and Connor Roberts seeing a fine curling effort well saved by Karl Hein.

From the resulting 12th-minute corner, Joe Rodon and Aaron Ramsey’s headers prompted a scramble which led to the ball falling to Moore, who prodded it over the line from a yard out.

Moore then had a backheel effort saved by Hein as Wales continued to pour forward but, like they did in the Czech Republic on Friday, Page’s side also played themselves into trouble.

The pass of the half was unintentional as Wilson, inside his own penalty area, played the ball straight to Sergei Zenjov, who beat Danny Ward with his finish but the covering Rodon was on hand to clear off the line.

The sloppier Wales’ performance became, the less this game was about improving goal difference and more about simply preserving victory.

Estonia continued to threaten in the second half, with an unmarked Sorga heading narrowly over from Markus Poom’s free-kick before Kait could only shoot straight at Ward from a promising position.

While still porous in defence, Wales also faded as an attacking force.

They might have had a penalty when Marten Kuusk’s flailing arm gave Moore a bloody nose inside the Estonia box but, although referee Sandro Scharer booked Kuusk, he did not award Wales a spot-kick after judging Moore committed the first foul.

Estonia were growing in confidence and substitute Vlasiy Sinyavskiy almost levelled in the 77th minute with an arcing shot which was palmed away by Ward.

A rare Welsh counter-attack then saw substitute Mark Harris have a shot saved by Hein but Page’s men spent the closing stages on the back foot.

They managed to repel Estonia’s late attacks and, despite the frustration of another mediocre display against Estonia, this was still a valuable win to set Wales up for their two final group matches in Cardiff next month. 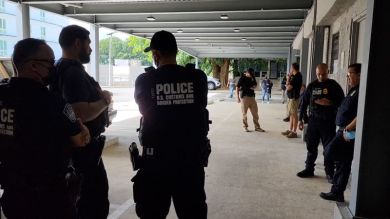 Shootout off the coast of Puerto Rico leaves one CBP agent dead and 2 others injured, agency says 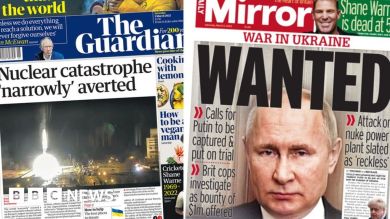 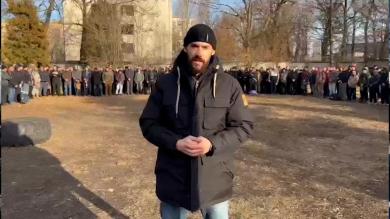 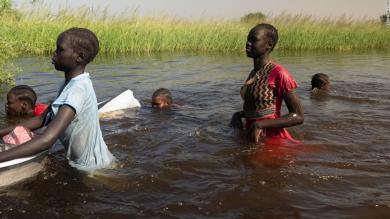 Climate change: South Sudan, the world’s newest nation is both drying up and drowning