It’s late September and Iran are playing a friendly against African champions Senegal in Vienna, Austria. When the referee blows the final whistle on a 1-1 draw, it’s a good result – but the mood is far from celebratory.

The players do not seem happy, neither do the coaching staff. The Iranian fans outside the ground are certainly not.

Prevented from entering the stadium by local security hired by the Iranian authorities, they’ve still managed to make their voices heard via the megaphones and loud speakers they set up outside. In fact they were so loud that Iranian state TV broadcasted the match on mute.

Life in Iran since mid-September has been dominated by a wave of dramatic anti-government protests that has evolved into the most significant challenge to the country’s Islamic republic in over a decade.

The protests were sparked by the death of a 22-year-old woman who had been detained by Iran’s morality police for allegedly breaking their strict hijab rules.

Outside the ground they were chanting: “Say her name: Mahsa Amini.”

Iran’s government doesn’t want people to hear it, especially not at the World Cup. It’s not clear how fans or players will act at Monday’s opening match against England in Qatar – but everyone will be watching.

Mahsa Amini was a young Kurdish woman from the north-western Iranian city of Saqqez. She died in a Tehran hospital on 16 September, after spending three days in a coma.

She had been visiting the capital with family when she was arrested by Iran’s morality police, who accused her of violating the law requiring women to cover their hair with a hijab and their arms and legs with loose clothing.

There are reports that officers beat Amini’s head with a baton and banged her head against one of their vehicles. The authorities have denied that she was mistreated and said she suffered “sudden heart failure”. Her family has said she was fit and healthy.

Amini’s death sparked outrage. When her funeral was held in Saqqez, women took off their hijabs and chanted against the government. Videos of the event were circulated on social media and reaction spready quickly across the country. Sport has provided a platform.

In October, Elnaz Rekabi, a female climber, competed at the Asian Championships in South Korea without wearing her hijab. Thousands met her at the airport on her return to welcome her back.

Before flying home, she posted an Instagram message saying she had competed without her hair covering “inadvertently”. To many the language used in her post made it seem like it was written under duress.

But football provides the biggest platform for those wanting to show support for the protests, as the country’s most popular sport. And major figures have got involved.

Ali Karimi, a former Iran football international who spent two seasons at Bayern Munich from 2005-2007, has become a figurehead of the opposition movement. Ali Daei, Iran’s record goalscorer and a legendary figure in the country, has also shown his support.

In the build-up to the 27 September fixture against Senegal, some of Iran’s players posted social media messages in support of the protests, despite having been told not to. Sardar Azmoun, the team’s 27-year-old Bayer Leverkusen striker and perhaps their star player, has continued to post his support on Instagram – one of few social media networks allowed to operate in Iran.

For months now players have refused to celebrate goals scored in the Iranian league. Once the ball crosses the line the scorer usually brings their hands down, conveying a message that it is perhaps intended to remind those watching of what’s going on in the country. The Human Rights Activists News Agency estimates 15,800 have been detained and 341 killed in the protests. It has also reported the deaths of 39 security personnel.

Esteghlal FC players, one of two most followed clubs in Iran, decided not to celebrate when they won the Super Cup two weeks ago. They told organisers they would only take part in the post-match ceremony if there were no fireworks and no music. State TV cut short those pictures, too.

All Iranian league games have been played behind closed doors since the protests began. Many believe the reason is that Iran’s authorities believe fans could potentially become a security threat.

At the Beach Soccer Intercontinental Cup in Dubai in early November, Iran’s Saeed Piramoon mimicked cutting his hair after scoring a goal – a gesture that has become a symbolic reference to the protests at which some women have been filmed cutting their hair in public. He and his team-mates beat Brazil in the final – and once again there were no celebrations.

Iran’s basketball, beach soccer, volleyball and water polo teams have all chosen not to sing the national anthem at recent matches.

But the men’s national football team will be without doubt the most widely observed. In their final match before the World Cup – a friendly match against Nicaragua played in Tehran behind closed doors – many players also refused to sing the national anthem, with the exception of two who had previously publicly supported the regime.

All of this makes for an extraordinarily charged build-up to the World Cup for Iran and its football fans. What will happen if Iran’s players again refuse to sing the national anthem, or perform some other kind of protest in view of the cameras in Qatar? What will they do if they score?

The draw itself is quite extraordinary, too.

Amid all the turbulence and turmoil back home, Iran will be facing USA, England and Wales – countries the Iranian government counts among its arch enemies.

Meeting the USA again especially will bring back memories of the enormous national pride felt across Iran after their 2-1 victory in the group stages of the 1998 World Cup in France – their first ever win at the tournament.

How would Iran fans react to a similar result in Qatar? Many feel torn. They are not sure whether cheering for the team might mean betraying those protesters who are risking their lives back home. 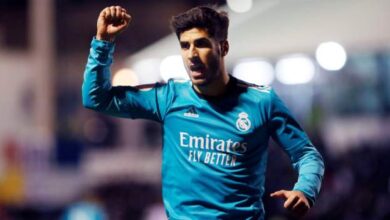 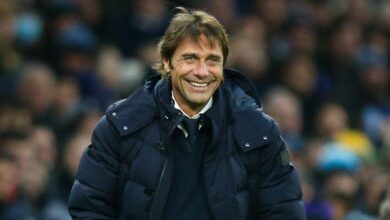 Tottenham 3-0 Norwich: Conte happy with ‘important’ win but admits Spurs have to improve 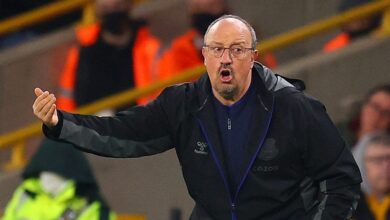 Wolves 2-1 Everton: We deserved a couple of goals in the second half – Rafael Benitez 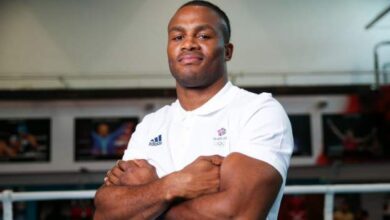