Many of the country’s biggest food makers are telling grocers that they will have limited quantities of a number of their products, including things like Rice Krispies Treats, Sour Patch Kids, some Ben & Jerry’s ice cream flavors, McCormick gourmet spices, and Marie Callender’s pot pies because of labor, commodity and transportation constraints throttling supply chains, according to emails viewed by CNN and interviews with grocers. Some suppliers are also telling grocers to cancel their promotions of these items and more over the holidays so these items won’t disappear from store shelves as quickly.
These latest limits mean that stores won’t have all things for all customers heading into the holidays, and shoppers may not be able to find some of their favorite products, flavors or niche items. But shoppers will still have plenty of options, including most of these companies’ core products, which they are prioritizing over their products in less demand — meaning, for instance, that if you’re a fan of Ben & Jerry’s popular Phish Food, you shouldn’t have a problem, but the company’s less-well known Cold Brew Caramel Latte might be harder to find.

Major food and consumer product manufacturers being short of supply on some items “will be a challenge in the grocery industry” in the final months of the year, said Steve Howard, vice president of merchandising at Bristol Farms, a grocery chain in California. Suppliers are warning the company of “potential shortages” of foods, glass jars and packaging containers. In response, Bristol Farms is working to bring in inventory “earlier than any other holiday ever,” Howard said.

Purchase limits from manufacturers were rare before the pandemic and are creating “lesser than full conditions” for customers in Morton Williams stores, said Steve Schwartz, director of sales at the New York area chain. Morton Williams is trying to tap secondary suppliers when its primary vendors for food and household essentials can’t fulfill orders.

“It’s not your ideal situation,” Schwartz said. Some customers have been forgiving when they are unable to find what they’re looking for. But others “just want to know why they can’t get their item.”

Shortages at grocery stores are nowhere near as visible as they were at the beginning of the coronavirus outbreak, when shoppers flocked to stores to stockpile food and household staples. But supply in grocery store aisles has not fully recovered to pre-pandemic levels, and companies such as Costco and Sam’s Club have recently reinstated purchase limits for customers on paper products and cleaning supplies.

Around 18% of beverages, 15% of frozen foods, 16% of snacks, 15% of candy and 18% of bakery items were out of stock at stores during the week ending on October 3, according to the latest data from IRI, which tracks in-stock levels at leading US grocery chains, big box stores, pharmacies and wholesale clubs.

Before the pandemic, 7% to 10% of products were typically out of stock on shelves, according to IRI.

When supply is tight, manufacturers often eliminate some of their fringe items to focus on ramping up production of top-selling products, said Krishnakumar Davey, president of IRI’s strategic analytics practice. They also tend to cut products that are more expensive to make, according to Davey.

Some food brands are imposing allocations, or purchase caps, for certain products on grocery stores and distributors, while other vendors are warning more generally of limited availability. Suppliers typically put products on allocation when there are supply shortfalls.

The allocations have not been confined to one area of the country or a single type of retailer, said an executive at a leading regional wholesaler. Instead, they are happening nationally, according to the executive, who spoke on the condition of anonymity to protect the company’s relationships with suppliers and other wholesalers. But the limits could pose particular challenges for independent grocers, who have raised concerns in the past year that suppliers prioritize larger competitors over small stores.
Kellogg told at least four grocery distributors last month in an email that Pringles Snacks Stacks, Eggo pancakes and MorningStar Farms plant-based hot dogs and bacon will be on allocation and Rice Krispies Treats snacks “will remain below service expectations” through the end of the year. The company also requested that stores cancel their promotions for Rice Krispies and Corn Pops cereal “to allow for recovery.” Kellogg said in the email that it was experiencing “constraints” in capacity and packaging materials and labor pressure. (This was before 1,400 Kellogg cereal factory workers went on strike Tuesday.)

The four distributors shared the email with CNN Business on the condition of anonymity to avoid jeopardizing their relationships with suppliers.

Kris Bahner, a spokesperson for Kellogg, said in an email that the company has seen increased demand since the start of the pandemic as people eat more meals at home. Bahner said the company works with retailers “to ensure our food flows through their systems” and, in instances where capacity is tight, it limits orders over certain time periods. The company did not say how many retailers received allocation notifications.

Mondelez is experiencing “limited availability” on items such as Sour Patch Kids and Swedish fish candy, Toblerone chocolate and Halls cough drops “due to supply chain constraints,” the company said in an October 1 email to a distributor. Mondelez estimated in the email that the “recovery date” for these items will be in February or March of next year.

A spokesperson for the multinational food and beverage company said in an email that the company is facing “high demand for labor” and “logistics challenges.” Mondelez believes it is “relatively well-positioned to face the marketplace challenges and will continue to keep a close eye on things” to get products to retail customers and shoppers on time. The company also did not say how many retailers received limits on such items, but said “we prepare communications which our sales team has the ability to use, as appropriate, as they engaged with their customers.”

Unilever told a distributor in an email on September 14 that “labor shortages continue to drive a limited ability to meet demand” and it was de-prioritizing production on certain products including Ben & Jerry’s Cold Brew Caramel Latte and Ice Cream Sammie flavors, Breyers vanilla fudge twirl ice cream and Firecracker popsicles “until we are able to return to a supply steady-state.” The company said it would instead “focus labor hours on our top-selling items.”

“Like many sectors, at times there are challenges in getting all our product to stores, for a variety of reasons related to supply and distribution,” a Unilever spokesperson told CNN said in an email.

Packaging issues also continue to be a problem. For example, some seasonings are in tight supply due to challenges procuring glass bottles.

A McCormick representative said in an email to two distributors on September 20 that “our U.S. bottle supplier shut down due to a Covid related issue and we have not received bottles for several weeks” for its gourmet spices line. “The lack of bottles has impacted our production and is eroding our safety stock across the entire line,” the representative said. As a result, McCormick said, it would ship approximately 70% of what it had previously forecast, and the company was encouraging customers to cancel their promotions in November and December for the spices line.

Lori Robinson, a spokesperson for McCormick, said in an email to CNN Business that “Gourmet is the only product line impacted by this packaging shortage,” and the company’s more recognizable red-cap spices will be fully in-stock throughout the holidays, which customers can use as a substitute for the gourmet spices, she said. The company did not say how many retailers received allocation notifications on gourmet seasonings.

And some sizes of Marie Callender’s frozen pot pies could be harder to find.

Conagra said in a September 27 email to a distributor that it was putting an allocation on Marie Callender’s 10 ounce and 15 ounce pot pies until November 29 because it “encountered packing material challenges from our tray and carton supplier resulting in a production interruption.”

Chieh Huang, CEO of online bulk goods retailer Boxed, said “allocations are the new norm” from food and packaged goods’ makers and are impacting the levels of products in stock at Boxed. Still, he said, “the industry is better off than we were this time last year.”


Source link
Tags
business Why you might have a hard time finding certain McCormick spices at the grocery store - CNN
October 10, 2021 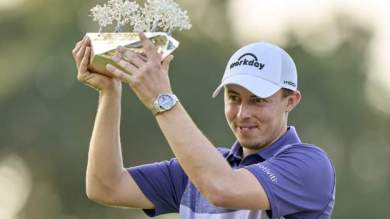 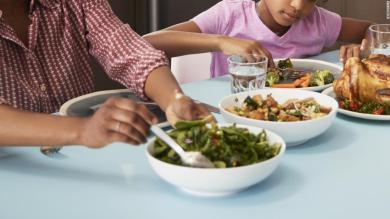 5 ways the pandemic has improved our relationship with food 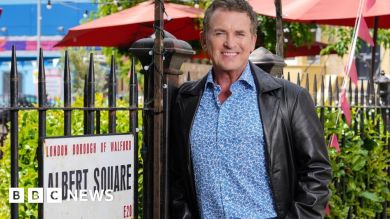 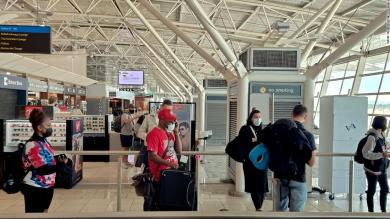