Collard greens at the grocery store tend to be monotonous, making up rows and rows of wide leafy bundles.

But in reality, there are dozens of varieties of the staple vegetable. The Jernigan Yellow Cabbage Collard, for example, boasts a light green color reminiscent of butter lettuce. Old Timey Blue collards, on the other hand, are barely green at all, with royal purple stems and blue-tinted leaves.

And those are just two of the more than 60 varieties of collard greens that the The Heirloom Collard Project is trying to preserve.

The Heirloom Collard Project began in 2016 as a collaboration between Seed Savers Exchange and the Southern Exposure Seed Exchange, two organizations dedicated to seed saving. Members of the organizations request varieties of collard seeds from the USDA, and have been attempting to regenerate them by growing the collards and collecting the seeds, as well as cataloging and learning about the culinary history of the different types of heirloom collards.

Now, six years later, volunteers with the project have regenerated about 20 varieties – having collected thousands of seeds of each type, said Ira Wallace, a volunteer with the project and a worker at Southern Exposure Seed Exchange.

And the regeneration of these varieties isn’t just beneficial for our taste buds. Collard greens are in the same species as broccoli and cauliflower, Wallace said – but they tend to be more durable.

“We want to keep collards for history, and we want to keep them for breeding work to make these crops better to deal with new pests and climate change,” Wallace told CNN.

The Heirloom Collard Project is not the first project of its kind. The Cherokee Nation Seed Bank, for example, exists as a seed vault for heirloom seeds important to Cherokee culture. The vault allows the Cherokee Nation both to preserve that aspect of their culinary history, and also allows members to receive copies of the seeds to plant on their own.

And that idea was inspired by the Svalbard Global Seed Vault, which stores copies of the world’s seeds in case of catastrophe. The main difference is the Heirloom Collards Project’s focus on regeneration, which goes beyond preservation.

But one of the most exciting areas of discovery has been the culinary stories in some of these heirloom varieties, Wallace said.

Some Native American tribes, for example, took in some formerly enslaved people or runaway slaves, who brought with them their love of dark leafy greens. As a result, some Native tribes in the Carolinas consider cabbage collards part of their food heritage, too, she said.

“I’m a storyteller, so I want to tell that full story,” Wallace said. “And it made these lowly poor folks’ food into something special, that shines a light on a little bit of history that has not been remembered.”

Another example: Collards are often thought of as a Southern specialty, but Wallace said they’ve received responses from the Pacific Northwest and even isolated parts of the Midwest where certain heirloom collards had been planted and the seeds passed down.

“We didn’t exactly think that’s where people were, but that’s part of the migration of African people across the US,” she said.

That’s part of what makes the vegetable so special – its deep connection with African American culinary traditions. In previous generations, it was a key source of nutrients for many Black families who may not have had access to other foods, said Bonnetta Adeeb, who works with Ujamaa Cooperative Farming Alliance, which aims to support farmers and seed savers from underrepresented groups. Even now, it’s not Christmas or Thanksgiving without collards, she said.

“The collard is much more important than anybody originally thought in terms of being a bridge to the future and to the past as well,” she said.

Wallace also recalled memories of growing up in her grandmother’s garden and not having much respect for collards. Now, she knows just how important they are, not only in their biodiversity but in their genes – which is important to growing other economically important crops.

The collards are a reminder, she said, that Black and brown people made a difference with the cultivation and care of collard greens. And that they continue to have an impact in maintaining good food for everyone.

“I like having an everyday vegetable like collards get raised up,” Wallace said, “to realize that it makes a contribution bigger than just Thanksgiving dinner.” 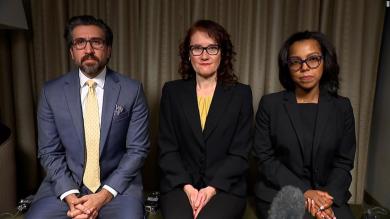 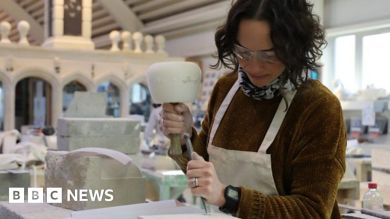 Houses of Parliament: The search for people to save palace buildings 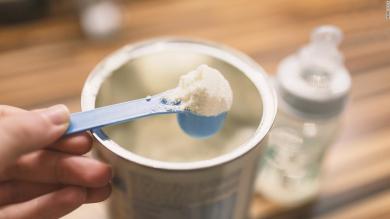 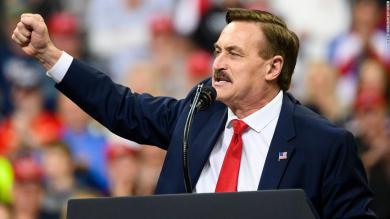 Inside the wild world of My Pillow CEO Mike Lindell