Williams won her 23rd title at the Australian Open in 2017. In the five years since, the subject of Court’s record has followed her everywhere. The American has been asked about it in almost every news conference. Pundits discussing her legacy have dissected the subject at length.

“There are people who say I’m not the GOAT [Greatest of All Time] because I didn’t pass Court’s record, which she achieved before the ‘Open era’ that began in 1968,'” Williams wrote.

“I’d be lying if I said I didn’t want that record. Obviously, I do.

“But day to day, I’m really not thinking about her. Maybe I thought about it too much, and that didn’t help.”

Williams has never allowed herself to be defined by this record. She is far more than just a number.

And it has been argued that Court’s record does not accurately represent the changes in professionalism in tennis.

BBC Sport takes a closer look at the record that Williams, in her own words, “shoulda, woulda, coulda” have broken.

What are the numbers?

Williams won her first major singles title at her home Slam with victory in the 1999 US Open. She would win the final one in Melbourne 18 years later, and while eight weeks pregnant.

Court’s first singles Slam also came on home soil when she triumphed at the Australian Open in 1960, with her last coming in New York in 1973.

Court is one of just five women to have won a calendar Grand Slam, winning all four majors in 1970. That also came in a season where she won 21 of 27 tournaments and 104 of 110 matches.

Court was dominant at the Australian Open with 11 titles there, while Williams has lifted trophies seven times at both Melbourne and Wimbledon.

Williams alluded to the central issue herself in her essay – Court won the majority of her major titles before the Open era.

The Open era refers to any time after 1968, when Grand Slam tournaments allowed professional players to compete alongside amateurs.

Before the professionalisation of the sport, most majors were contested by amateurs. Because the Grand Slams did not offer prize money, the top players, seeking financial security, would compete in private events, meaning the best players did not always compete at the majors.

Court won 13 of her 24 titles during the amateur era. Many have argued that the opposition during this period would not be the highest standard it could be. Additionally, players would skip travelling to the Australian Open, where Court was so dominant, even into the late 1980s because of travelling costs and the lengthy distance.

None of this is to undermine Court’s achievements on a tennis court. But there will, for a considerable period, have been easier draws for Court because of the top players missing tournaments, particularly at home.

As Slam draws expanded and more players turned professional throughout the years, it naturally became more difficult to win. Chris Evert and Martina Navratilova won 18 major titles each between 1974 and 1990. Steffi Graf went four better between 1987 and 1999 to set an Open era record.

Williams has broken that record. She has played against Graf, sister Venus, Kim Clijsters, Maria Sharapova, Monica Seles and Lindsay Davenport, to name a few. She holds a winning record against all of these multiple Grand Slam champions.

As these women played in a purely professional era, it could be argued that this is the standard that Williams, too, should be held to.

When has Williams come close?

Williams has been within touching distance of Court’s record on a number of occasions.

Ultimately, does it matter?

The number 24 has hung over Williams’ head since her return from maternity leave.

Speaking after the 2021 Australian Open, where she reached the semi-finals, Williams admitted beating the record was “frankly the only reason I’m still playing”.

Her former coach Patrick Mouratoglou also said Williams was “not as obsessed with 24 as most people in the tennis world” but conceded it was the only reason she came back to the sport after a near-death experience in childbirth.

In an interview since announcing she would be stepping away from tennis, Williams said she had “already broken the record” – she has, after all, won more majors than any man or woman in the Open era.

Roger Federer previously said Williams is “one of the greatest, if not the greatest tennis player of all time,” regardless of gender, while Mouratoglou made the case that Williams will go down as the greatest in spite of Court’s record.

Since her retirement, Court has sparked huge controversy because of her views on gay marriage and LGBTQ+ rights, with figures such as John McEnroe arguing that her stance undermines her on-court achievements.

Williams has for a long time been a figure who transcends her sport. She and sister Venus have dominated a historically white sport, dealing with racism along the way and inspiring a new generation of players who are reaping the rewards of the paths they forged.

In Williams’ final Australian Open appearance, her husband wore a T-shirt with an image of her and ‘Greatest Female Athlete’ splashed across the front, with a cross through the world female. The message was clear.

What makes someone the greatest of all time? Is it statistics? The mark they make on their sport, on and off the field? Or is it, simply, the way they make somebody feel?

Williams has thrilled, astonished, amazed, at times infuriated but overall delighted an entire generation of people. She is the name that non-tennis fans will recognise, the one who people want to see on the biggest stage and who they see as having changed her sport for the better.

Does not winning 24 Grand Slams in singles undermine that? 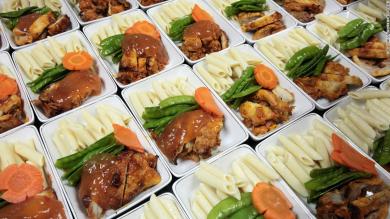 Why we’re actually in love with airplane food

Covid-19: Javid calls for caution and MPs told to wear masks in Parliament 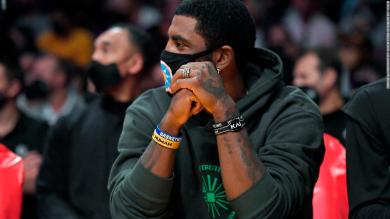 Kyrie Irving: Brooklyn Nets star says he ‘respected’ team’s decision to ban him from playing due to vaccination status 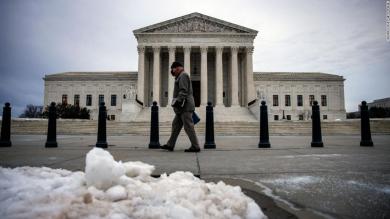