This latest Democratic intra-party clash might appear arcane to the point of absurdity. But the underlying dynamics are actually pretty straight-forward. Months ago, Democratic leadership made a decision: The two bills would be linked. Progressives would vote for the infrastructure legislation — which they don’t particularly like — and moderates would support the social spending bill, which in its current form would cost $3.5 trillion over a decade.

But that procedural understanding was upset in August when a small, rebel group of centrist Democrats threatened to kneecap the process if House Speaker Nancy Pelosi did not schedule a vote on the bipartisan infrastructure deal. Pelosi and the lawmakers eventually compromised, agreeing to hold it by September 27 — this past Monday — in exchange for the group’s support on a procedural vote to set the stage for the social spending bill.

But the deal created a tight, self-imposed deadline that threatened to undermine the dual-track approach to passing the respective bills. And with the social spending legislation still unwritten, the situation came to a head this past week. With Pelosi seeking to pass the infrastructure bill, progressives had a decision to make: bow to pressure from leadership and accept, at best, a loose framework in return, or, as their outside allies put it, “hold the line” and refuse their votes, effectively sinking — for now — an important piece of the Biden agenda.

In the end, it was never especially close. Pelosi, knowing it lacked the votes to pass, never brought the infrastructure bill to the floor. The Congressional Progressive Caucus, led by Jayapal, never wavered — repeating, as they had for months, that because the two bills were initially held up as a package deal, any effort to de-couple them was a non-starter.

The success of House progressives in effectively enforcing that early agreement and beating back an eleventh hour pressure campaign to vote — now — for the infrastructure bill was a departure from a sort of Capitol Hill tradition, in which the left is either overrun by some combination of moderate, centrist or conservative factions of its own party or shows up too disorganized to mount a meaningful stand in big-ticket legislative debate.

The most obvious thing is the math. The count of progressives in the House Democratic caucus has been growing for years. (The CPC currently includes nearly 100 lawmakers but, more importantly, its core of committed members has expanded.) And with the Democratic majority so narrow, after Republicans picked up seats in the 2020 election, leadership needs near unanimity to pass anything along party lines. Progressives had strength in numbers, meaning even a late effort to pick off some fence-sitters was never going to yield enough votes to flip the dynamic.

The political profile of the new generation of progressive lawmakers is also different from those who held office a decade ago, when many of the same senior party officials were cobbling together the votes to pass former President Barack Obama’s Affordable Care Act. But the new generation’s willingness to publicly oppose leadership has also been amplified and solidified by an explosion of progressive outside groups.

In the run-up to this past week’s planned vote, those organizations encouraged progressive legislators to reject the infrastructure bill, bought up ad time to tout the roundly popular provisions in the social spending legislation — from universal pre-K and lower prescription drug prices to new funding for elder care, child care, Obamacare and an expansion to Medicare — and worked overtime to reverse a narrative, promoted by some moderates, that progressives were obstructing the Biden agenda.

“The only things standing in the way of the infrastructure bill being signed into law are the conservative hold-outs, like Senators (Joe) Manchin and (Kyrsten) Sinema, who are offering only vague criticisms of the massively popular budget reconciliation bill,” Leah Greenberg, co-executive director of the Indivisible Project, said in a statement late Thursday. “Is lowering drug prices for the majority of Americans too much? Is expanding Medicare to cover dental, vision, and hearing too much? Which of their constituents are they willing to throw under the bus in order to get a win for their corporate sponsors?”

Whether attacks on Manchin and Sinema, whose votes will be required to pass the social spending bill, yields the ultimate desired results remains to be seen. But for now, the left’s growing ability to reframe the debate to encourage a more critical look at powerful moderates marks a sea change in Washington politics — and provided a necessary backstop for any potentially wobbly progressive lawmakers.

Inside the Capitol dome, a project to revamp the Congressional Progressive Caucus, led by Jayapal, and turn the three-decade-old group into a more hardened, effective and organized political force, finally paid off.

For as much talk as there is about “the squad” and some of the newest leftist lawmakers, the parallel ascendance of Jayapal and the CPC, which has Minnesota Rep. Ilhan Omar in its leadership, has transformed progressives into a more coherent legislative bloc. Its membership, beginning this year, adopted new rules designed for moments like these — when anything less than a hard line on contentious issues would spell certain defeat.

Back in January, a senior aide to a CPC member acknowledged that the caucus had in the past functioned more like “an informal social group” than an organization dedicated to “wielding power as a bloc.” Jayapal herself insisted the CPC wasn’t looking to impose “purity tests” on its members, but said, “We have to be able to say this is what the progressive caucus stands for, this is what we’re fighting for.”

“We need to use the strength in numbers that we have wisely and strategically,” New Mexico Rep. Teresa Leger Fernández, a progressive freshman Democrat, told CNN at the time. “We have to make sure we cultivate unity and stay unified as a caucus as well.”

The question then, nearly nine months before this week’s standoff, was whether the CPC could live up to those promises, especially after Democrats won control of the Senate by sweeping the Georgia Senate elections, meaning Biden entered office with unified control — albeit by the narrowest margins — of government.

The answer, as it stands heading into a new round of negotiations over the Biden agenda, is yes.

But even with all of those pieces falling into place, the progressive legislative renaissance has repeatedly benefited — and never more so than during the current clash — from the implicit backing of the President himself.

Progressive leaders, especially Jayapal, have repeatedly invoked Biden’s desires in explaining their position and making the case for a vote against a bill that he supports and wants to see passed.

“We must deliver for American families. Our Progressive Caucus members will put our votes on the line to send the entirety of the Build Back Better agenda to President Biden’s desk. As he said when he laid out this plan: “We can do this. We have to do this. We will do this,'” wrote Jayapal, California Rep. Katie Porter, the CPC deputy chair, and Omar, its whip, in a CNN op-ed published Monday morning.

As a week of debate and negotiation ramped up, the White House, even as Biden became more involved by holding meetings with lawmakers and sending top aides to the Hill, never stepped out and took a side. A public pronouncement from Biden demanding, or even nudging, Democrats to vote immediately on the bipartisan infrastructure bill would have made the progressives’ line infinitely more difficult to hold.

Such a statement never came. And when Biden visited the Capitol on Friday afternoon, amid howls that his agenda — indeed, his presidency — was on the brink, he again refused to side with the moderates.

“We’re going to get this done,” Biden said after meeting with House Democrats. Then, asked about a timeline, he said: “It doesn’t matter when. It doesn’t whether it’s in six minutes, six days, or six weeks — we’re going to get it done.” 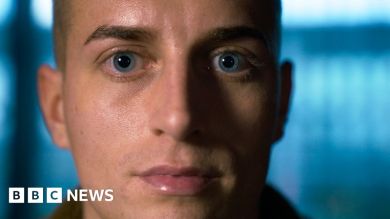 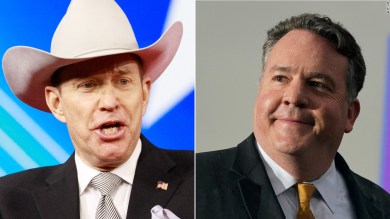 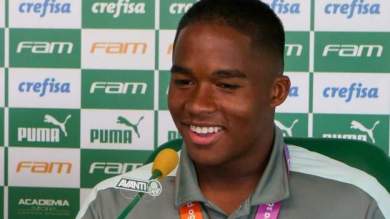 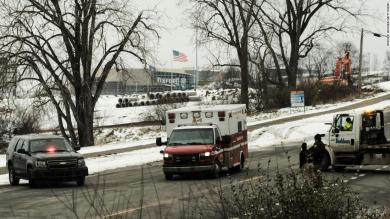