The idea of waiving college tuition falls in and out of vogue.

Last year, President Joe Biden’s plan to make tuition free at community colleges was cut from the Build Back Better plan, once again placing the concept of a nationwide tuition-free college program just out of reach.

Before that effort, former President Barack Obama tried (and failed) to waive the first two years of community college nationwide. After that, former Democratic presidential candidates Sen. Elizabeth Warren and Sen. Bernie Sanders both had platforms advocating for tuition-free college nationwide during their respective runs.

Efforts to waive college tuition have seen greater success at the state level. Most notably, lawmakers in New Mexico passed a bill earlier this year that would waive tuition for any student attending in-state public schools or tribal colleges – joining a growing list of tuition-free state programs.

As the country continues to grapple with the student debt crisis, here’s why a free college system continues to be so elusive and how it may still be attainable.

Though many states have made recent pushes to waive college tuition for certain groups, subsidizing college education isn’t new.

The GI Bill, enacted in 1944, provided veterans returning from World War II with tuition, books and supplies, equipment, counseling services, and “subsistence” for those wishing to continue their education, according to the National Archives.

There have been other pushes on the state level, like Georgia’s Hope Scholarship, a merit-based award that launched in 1993 for students who sustain a 3.0 grade point average.

The goal, ultimately, is to preserve educational attainment and therefore enhance the economy, she said. That’s why programs, like New York’s Excelsior Scholarship, require those who participate to stay in-state after graduating.

But actually creating these programs is easier said than done. The issue of college affordability and making college as accessible as possible is one that actually has bipartisan support, Bell said – but the pushback comes in the details.

When it comes to universal programs – that is, programs that unequivocally waive tuition and fees – there can be pushback against giving money to families who could afford college without assistance, Bell said. Others worry that colleges could raise costs to capture more funding from the state, since most people wouldn’t be paying the sticker price.

Most first-dollar programs actually exist at the local level, she said, since they support fewer students, making those programs easier to finance. On the other hand, a lot of state programs are last-dollar.

An exception to this rule is the Oklahoma Promise, a first-dollar state program that takes a more targeted approach. The scholarship primarily awards aid to families making less than $60,000 a year, and students who apply must also pass certain merit requirements.

Politically, it’s complicated. If you’re putting forth a program proposal that’s first-dollar, but only benefits a select number of students, you’re limiting the political support you could receive by excluding many middle-income families, who still struggle with the cost of higher education, Bell said.

“Across these different programs, it’s really a matter of balancing politics, finances and equity,” Bell said. “And a lot of these programs have come under scrutiny because one of these things is out of balance.”

There’s also more to paying for college than just tuition – such as housing, food, transportation and numerous other costs. The best programs, Bell said, are simple for students to understand and apply to, generous in what they cover, and include those wraparound services.

She used the Kalamazoo Promise in Michigan as an example – a program that pays up to 100% of tuition and fees for four years for students who graduate from Kalamazoo Public Schools. Though the funds cannot be transferred to things like room and board, the program provides access to coaches at both the high school and college level to help students in their transition to college.

Even in places where free tuition programs are enacted, the benefits aren’t always impactful.

The Urban Institute found that New York’s Excelsior Scholarship, announced in 2017, sent 68% of its funds to families with incomes at or above $70,000 – meaning that the lowest income students didn’t receive the funds. Meanwhile, lower-income students still face other financial barriers, like the costs of books, meals plans, transportation and other categories that fall outside of tuition.

That’s not all: Only about half of the students who received the scholarship in fall of 2018 actually kept the scholarship going into the following year – a trend the researchers attributed in part to the amount of paperwork the scholarship requires, as well as some of the enrollment and credit completion criteria.

The complexity inherent in the scholarship and financial aid process is actually a huge barrier to students applying to college and their families, said Stephanie Owen, an assistant professor at Colby College who studies the economics of education.

It can be difficult for some families to even find out what scholarships and aid programs they are actually eligible for, before even getting to the arduous application processes each may require. Though there’s often a large distinction between the sticker price of the college and what families actually pay, Owen said colleges don’t give out financial aid offers until after the student is accepted.

That means that students have no idea how much they’ll actually be required to pay until much later in the process, after they’ve decided where to apply, said Owen. And if you don’t know how much help you’ll get, that initial sticker price can discourage applicants, especially low-income ones.

“That’s kind of odd, right?” Owen said. “Most things we buy, we know what the price is before we commit to them.”

Larger four-year universities often already have money set aside specifically for low-income students. Stanford University expanded its financial aid in 2021 – guaranteeing that undergraduate students from families with annual incomes below $75,000 will not pay tuition, room or board. Ivy League schools like Harvard University and Cornell University have similar programs, as does the University of California.

Other large public schools, like the University of North Carolina at Chapel Hill and the University of Michigan, also have similar programs – but UNC-Chapel Hill’s program isn’t guaranteed, and Michigan’s requires students to maintain a high school GPA of 3.5 or higher.

Even with access to college-specific financial aid, there are still hurdles. Navigating the FAFSA process or other paperwork hurdles isn’t easy, and neither is getting into a top school with these kinds of financial resources.

Smaller, local and state programs for waiving tuition exist – but they can be imperfect or temporary, in place for a few years and then gone. Colleges have financial aid, but eliminating full costs of tuition isn’t always possible, and not every college has the resources to waive tuition for large groups.

And a federal universal program, despite some efforts, seems elusive.

None of this means that equitable college access is completely out of our reach, though. There are intermediate steps being taken going in the right direction, Owen said.

She used the College Scorecard as an example, a tool through the US Department of Education that allows students to see how much people from different income levels pay on average, as well as other information like graduation rates and typical earnings after graduation.

Having that information in a clear and concise way is helpful, Owen said. But it does have its limits – the average cost is not the exact cost, after all.

There are other bright spots: The FAFSA Simplification Act, which passed Congress in 2020, is expected to ease the FAFSA process for students. The HAIL Scholarship at the University of Michigan-Ann Arbor provides full tuition and fees for certain low-income undergraduates, and lets students know of their scholarship acceptance before the admissions process, which limits financial uncertainty.

The expansion of the Pell Grant is another effort many are advocating for, particularly as moves for universal community college have failed at the federal level.

“It’s not going to come from one program,” Bell said, of creating a financially equitable universal college system. “It’s going to come from the interaction of the federal and the state programs trying to make college more affordable for all kids. And right now we’re still not there.”

That doesn’t mean things are stuck where they are now, she said. It just means we’re still at the beginning. 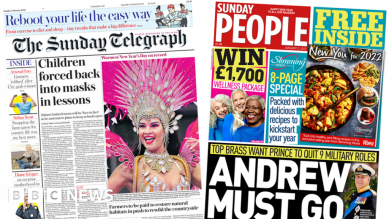 The Papers: Masks back in classrooms and 'Andrew must go' 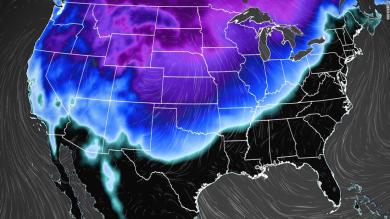 Millions of Americans forced into an involuntary polar plunge this week 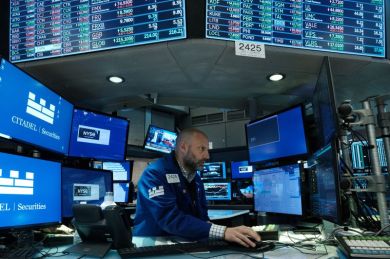 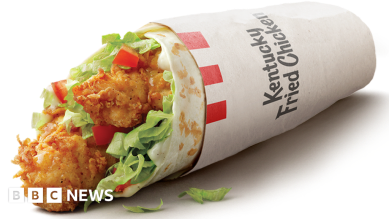