After a federal judge blocked the ban last week, Texas secured an administrative hold on that order late Friday from the 5th US Circuit Court of Appeals, effectively reviving the abortion ban after it had been halted for just two days. The back-and-forth is happening in the Justice Department’s challenge to the law, which is one of several fronts where the legal battle over the ban is being fought.

Even though a three-judge 5th Circuit panel sided with Texas in issuing the hold and temporarily reviving the law, there is a chance the panel could change course and allow the ban to be halted yet again.

Still, the lack of urgency from the panel seems to suggest that a majority of the judges on it are inclined to let the ban stay in force.

“They’re not hustling, which is not a good sign if you’re the DOJ,” said Steve Vladeck, a CNN legal analyst and professor at the University of Texas School of Law.

The current showdown between Texas and the Biden administration is ultimately headed to the Supreme Court, which in 5-4 vote last month allowed the law to take effect.

In the meantime, for nearly a month and half, Texas has been allowed to implement the law that is in direct conflict with Roe v. Wade. That 1973 decision enshrined constitutional protections for abortions pre-viability, a point around 23 weeks.

Texas Right to Life, which advocated for the state’s six-week abortion ban, estimates that the law is preventing 100 abortions per day.

“We fully expect the Biden administration to appeal to the Supreme Court of the US, and we believe Texas will continue to defeat these attacks on our life-saving efforts,” the group’s spokesperson Kimberlyn Schwartz said in an email Friday night, after the ban was revived.

Texas clinics resume — then stop — abortions outlawed under the ban

With the Texas measure, abortion foes set out to write a law that would complicate the usual legal route abortion rights advocates take in challenging extreme restrictions on the procedure. So far — besides the two days last week that the ban was blocked — they have been successful.

Rather than task government officials with enforcing the ban, the Texas legislature deputized private citizens to bring state court litigation against clinics or anyone else who facilitates an abortion after fetal cardiac activity is detected, which usually happens at about six weeks into a pregnancy and often before a woman knows she is pregnant.

The threat of state court enforcement actions — where clinics, under the law, would be on the hook for $10,000 or more in damages — has had a chilling effect across the state. Until Judge Robert Pitman blocked the law last week, Texas abortion providers said that they were complying with the ban (with the exception of a lone physician who publicly announced last month that he had performed a non-compliant abortion while the ban was in effect).

Texas patients are flooding clinics out of state. Nearly 60% of the abortion patients at Louisiana’s Hope Medical Group have come from Texas, clinic administrator Kathaleen Pittman told CNN’s “New Day” on Saturday. She said that Texans normally make up 18% to 20% of the clinic’s patients.

Planned Parenthood said in a court brief that its providers in Tulsa, Oklahoma, where Texans are now making up a majority of the patients, “cannot offer pain medication or sedation to patients who must drive themselves home after the procedure.”

“Supplies are depleting quickly because they are providing extra menstrual and heating pads for the long drives back to Texas,” the filing said.

Some Texas providers resumed abortions after six weeks after Pitman’s order, but those operations skidded to halt when the 5th Circuit panel issued its administrative hold on the federal judge’s ruling Friday night.

Of the 23 appointments Planned Parenthood Gulf Coast had scheduled in Texas on Saturday, 12 were canceled immediately after the 5th Circuit’s move. In another three of those appointments, the patients were found, during ultrasounds, to be too far along in their pregnancies to receive abortions under the ban.

What comes next in court

The Texas ban’s unusual enforcement mechanism has allowed the state to argue that there is no appropriate target for federal court orders blocking the law. Pitman got around that argument by including in his order a prohibition on state court officials — including judges — from presiding over state court lawsuits brought under the ban.

Texas, in asking the 5th Circuit to revive the law, said the judge’s order had violated precedent in how “it grossly and irreparably interferes with Texas state-court operations.”

The Justice Department shot back in a filing Monday night: “Having chosen this supremely unusual means of enforcing its unconstitutional law, Texas bears the obligation to identify an alternative form of injunctive relief if it is dissatisfied with the particular mechanism adopted by the district court. Tellingly, Texas has not done so.”

The panel asked Texas to reply to the latest DOJ brief by Thursday noon, local time, a sign that the court won’t act on the issues at hand until Thursday afternoon at the earliest.

Judges Carl Stewart, a Bill Clinton appointee; Catharina Haynes, a George W. Bush appointee; and James Ho, a Trump appointee who has repeatedly expressed his disagreement with the Supreme Court precedent enshrining a right to an abortion, sit on the appellate panel.

While the Justice Department could at any point ask the Supreme Court to lift the 5th Circuit’s administrative hold, that the department has not yet done so suggests that the Biden administration will wait for the appellate court’s next move.

If the 5th Circuit again sides with Texas and says the law can remain in effect while the appeal plays out, DOJ is likely to turn to the Supreme Court.

The federal government — or Texas, if it loses in this coming round at the appellate panel — could also ask the full 5th Circuit appeals court to review the decision. Given how conservative that full appeals court is, it is more likely that Texas would stop there before going to the Supreme Court.

The Supreme Court was asked by clinics in late August to block the law, but five GOP-appointed justices (with Chief Justice John Roberts dissenting) declined. The majority said at the time that its decision was “not based on any conclusion about the constitutionality of Texas’s law,” but rather because of the “complex and novel” procedural questions presented by the clinics’ case. 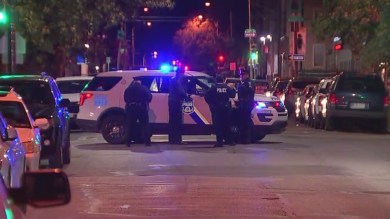 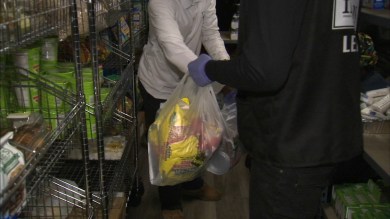 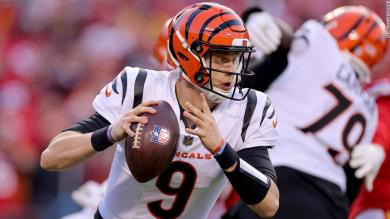 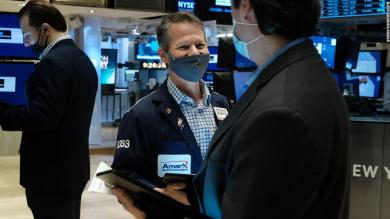 Stocks week ahead: Looking for bargains? Here are the stocks we love