The shooting on Tuesday night — two days before Thanksgiving — began minutes after 10 p.m. inside the employee break room, where some workers were getting ready to start their overnight shift.

In addition to the six employees who did not survive, others continue to receive medical treatment. Two victims at Sentara Norfolk General Hospital were in critical condition on Thanksgiving Day, hospital spokesperson Mike Kafka told CNN, and another victim was released Wednesday.

“Today we are focused only of those hurt by Tuesday’s tragic event, but the police investigation continues,” officials said, adding that additional information will be provided Friday.

The people killed are Randy Blevins, 70, Lorenzo Gamble, 43, Tyneka Johnson, 22, Brian Pendleton, 38, Kellie Pyle, 52, and a 16-year-old boy, who’s not being named because he’s a minor, according to authorities.

As police work to determine a motive for one of at least three mass shootings in Virginia this month, Chesapeake officials have announced a vigil for victims scheduled for Monday evening at City Park.

“Chesapeake is a tightknit community and we are all shaken,” Mayor Rick West said in a message posted online earlier this week. “Together, we will support each other throughout this time.”

The tragedy, which came as many in the community were preparing to spend the holiday with family and friends, has unleashed an outburst of grief and trauma over the loss of loved ones in yet another mass shooting in the US.
Another Virginia community has also been enduring the pain of lives lost to gun violence. About 170 miles west of Chesapeake, a 22-year-old student at the University of Virginia in Charlottesville has been arrested and charged after opening fire on fellow students on November 13, killing three of them on a bus returning to campus from a field trip to Washington, DC.
Grief has also permeated a Colorado community last weekend, when a 22-year-old suspect shot and killed five people at an LGBTQ nightclub in Colorado Springs, injuring 19 others, authorities said.
These shootings, among many others, have put the US on an ominous track of making 2022 the second-highest year for mass shootings on record, according to data from the Gun Violence Archive, a non-profit that began tracking the instances in 2014.

The shooting in Chesapeake this week erupted suddenly, with witnesses saying they were in shock and disbelief when they saw the gunman pointing a firearm at them.

“He came in there and just started spraying,” Harper said in a video on social media.

The gunman has been identified as Andre Bing, who was working as overnight “team lead.” The 31-year-old had been working for Walmart since 2010, the company said. Authorities have said he had one semi-automatic handgun and several ammunition magazines.

Two slain victims and the shooter were found in the break room, another victim was found at the front of the store, and three others died at the hospital, Chesapeake city officials said.

Jessie Wilczewski, who was recently hired, told CNN she was in a regularly scheduled meeting when the shooting began.

At first, it “didn’t register as real,” she said, until the sound of the shots reverberated through her chest.

Wilczewski hid under a table as the gunman walked down a nearby hallway. She could see some of her coworkers on the floor or lying on chairs — all still and some likely dead, she said. She stayed because she didn’t want to leave them alone.

“I could have ran out that door … and I stayed. I stayed so they wouldn’t be alone in their last moments,” Wilczewski said in a message to the families of two victims.

When the shooter returned to the break room, Wilczewski said, he told her to get out from under the table and go home.

“I had to touch the door which was covered (in blood),” she said. “I just remember gripping my bag and thinking, ‘If he’s going to shoot me in the back — well, he’s going to have to try really hard cause I’m running,’ and I booked it. … and I didn’t stop until I got to my car and then I had a meltdown.”

“All of a sudden you just hear pa pa pa pa pa pa pa,” Tyler said. “There were people just dropping to the floor,” she said. “Everybody was screaming, gasping, and yeah, he just walked away after that and just continued throughout the store and just kept shooting.

Beyond the shooting in Chesapeake this week, gun violence has turned many ordinary places into crime scenes around the country — from schools and supermarkets to hospitals and malls.
Brett Cross, whose nephew Uziyah Garcia was killed in a school massacre in Texas this year, described a deep sense of loss without the 10-year-old boy this holiday season.

A gunman had opened fire inside Robb Elementary School in Uvalde in May, killing 19 fourth-grade students and their two teachers before authorities shot him dead.

“6 months since our world was shattered, and I’m supposed to ‘celebrate the holidays,'” Cross wrote in a social media post on Thanksgiving Day. “How do you celebrate when your devastated. How do you give thanks, when you have nothing left to give. How do you fake it and smile when you wake up crying.”

In 2018, a former student killed 14 students and three staff members at Marjory Stoneman Douglas High School in Parkland, Florida. Fred Guttenberg, the father of 14-year-old Jaime Guttenberg who was killed in that shooting, said there’s more work to be done in the fight against gun violence.
“Today we celebrate Thanksgiving. Unfortunately, many families will do so with an empty seat at the table because of gun violence,” Guttenberg wrote in a social media post on Thanksgiving.
Nicole Hockley lost her 6-year-old son, Dylan, in the mass shooting at Sandy Hook Elementary School in Newtown, Connecticut, where a gunman killed 20 children and six adults in 2012.

“My life had been thrown into sadness and turmoil. I felt like I was at the bottom of a gigantic hole that I could never climb out of. I didn’t know how to help myself, never mind those I loved,” Hockley wrote online in a Thanksgiving message.

“But in the weeks and months that followed, and with the support of those around me, I found a renewed sense of purpose. To keep other children and families from enduring the same fate.” 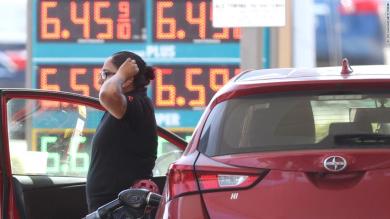 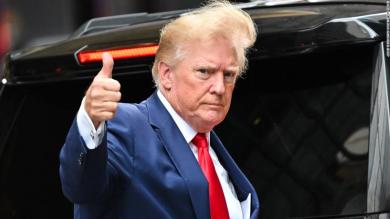 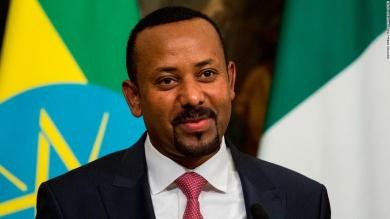 Ethiopia: Prime Minister and rebel group blame each other for apparent civilian massacre 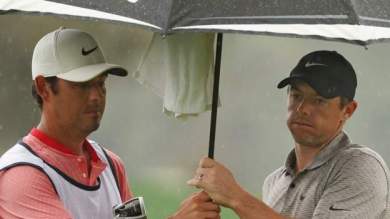