With Chin on one side and Ebens and Nitz on the other, the brawl escalated. After the group was kicked out of the club, the fight continued and Ebens and Nitz eventually chased Chin down outside of a nearby McDonald’s. With the help of Nitz, Ebens beat him over the head with a baseball bat again and again.

For the family of Vincent Chin and other Asian Americans in his community, justice was never served. Despite legal proceedings in state and federal courts, the assailants would never spend a full day in jail.

Still, Chin’s case paved the way for subtler changes around hate crimes, sentencing guidelines and victims’ rights. And it brought Asian Americans of varied backgrounds together under one movement.

“If we couldn’t bring justice to Vincent Chin, we had to make sure that his legacy — what we had learned and what we had fought for — didn’t go away,” said Helen Zia, an activist and former journalist who is now the executor of the Vincent and Lily Chin estate.

Nearly 40 years after Vincent Chin was killed, Asian Americans still face brutal violence due to xenophobia and racism. And activists say the lessons from his case are more relevant than ever.

Ebens and Nitz were initially charged with second-degree murder for their actions. Later, however, Ebens would plead guilty and Nitz would plead no contest to a reduced charge of manslaughter — a charge that implied that there was no intent to kill Chin, writes Paula Yoo in her young adult nonfiction book “From a Whisper to a Rallying Cry: The Killing of Vincent Chin and the Trial that Galvanized the Asian American Movement.”

When the time came for sentencing on March 16, 1983, the two men and their defense attorneys were the only ones standing before the judge in the courtroom, Yoo writes.

Back then, it was routine for the Wayne County Prosecutor’s Office to miss sentencing hearings as they weren’t considered a crucial part of legal proceedings, explained Roland Hwang, a lawyer in Michigan and president of the legal advocacy organization American Citizens for Justice. That meant there was no prosecutor in attendance to present the state’s case.

It also wasn’t standard practice for judges to hear from victims’ families during sentencing. So no one informed Chin’s mother, Lily Chin, about the hearing.

Nor did the judge hear from any of Chin’s friends, who were there that night, or other witnesses who recounted what they saw to police, according to Yoo.

“It was a complete failure of the criminal justice system,” Zia said.

Instead, the judge heard only from the two men and their lawyers, who told him that Chin had initiated the fight and that the men acted as they did in the heat of the moment. The judge, who Hwang said had a reputation for being lenient with first-time offenders, sentenced each of them to three years’ probation, a $3,000 fine and court costs.
“These weren’t the kind of men you send to jail,” the judge later wrote, by way of explanation.

When the news reached Chin’s mother and the rest of the Asian American community in Detroit, it was met with outrage. To them, the racial implications were clear.

“It’s almost as if an Asian life is not worth anything,” said Jim Shimoura, another lawyer in Michigan who worked alongside others to raise awareness about Chin’s case. “Had roles been reversed, we’ve always speculated what would have happened if the victim was White and the killer was Asian. Would that Asian person walk away out of court free? Absolutely not.”

In the immediate aftermath, the local Asian American community banded together to protest the judge’s sentence of probation. Zia, Lily Chin, Hwang, Shimoura and other activists formed an organization called American Citizens for Justice that would fight to persuade the judge to reconsider his decision.

In their own examination of the case, they found that police had not interviewed key witnesses, including the dancer who remembered Ebens saying, “It’s because of you little motherf****** that we’re out of work.” That account suggested to the community that Vincent Chin’s race might have played a factor in his killing.

But the judge stood by his decision. So organizers took their concerns to the federal government, arguing that Vincent Chin was targeted and ultimately killed because he was an Asian American.

In April 1983, the FBI launched an investigation into the case and a federal grand jury indicted Ebens and Nitz later that year on two counts: interfering with Vincent Chin’s right to be in a place of public accommodation and conspiring to do so, court documents show.
The federal government’s decision to pursue the case was significant — it was the first federal civil rights trial involving an Asian American in US history.

Yoo told CNN in an interview earlier this year that the issue of race was key.

“There was one question at the heart of the trial: Was this a racially motivated hate crime or was this just a tragic case of a bar brawl with too much toxic masculinity and alcohol gone awry?” she said.

The defense maintained that it was the latter, arguing that Chin’s race was not a factor that led to his killing. A jury in Detroit, however, ruled otherwise.

In June 1984, Ebens was found guilty of interfering with Chin’s civil rights but not guilty of conspiracy. Nitz was found not guilty on both charges. Ebens was sentenced to 25 years in prison, but his lawyers appealed his conviction and he was released on bond. An appeals court reversed Ebens’ conviction, citing legal errors made by the government during the first trial.
The Justice Department announced it would retry the case against Ebens, and the new trial was moved to Cincinnati. The Cincinnati jury — who like Ebens were mostly White, male and blue-collar workers — cleared Ebens of all charges.

“It was heartbreaking,” Zia said. “It was a travesty of justice. It was seeing all the effort that we had put, years of getting the word out, just reversed.”

Zia said it was clear to her and other activists who had long worked on Chin’s case that the jury in the second trial didn’t have an understanding of the racism that Asian Americans in Detroit faced in the 1980s. Because there wasn’t concrete evidence that Ebens had used an identifiable racial slur, his actions weren’t seen by the jury as racially motivated, she said — despite the fact that a witness remembered him blaming Chin for the loss of auto jobs.

After the trial, Ebens was ordered to pay $1.5 million to Chin’s estate in a civil suit settled out of court, Zia said. In recent years, Ebens said he was unable to pay down $8 million in accrued interest because he was living paycheck to paycheck.

Chin’s killing and the final outcome became emblematic of the racism and discrimination that Asian Americans in the US endured — too often unrecognized, even when the community understood it to be otherwise.

“That’s the standard that Asian Americans face right now,” Zia added. “If you don’t call somebody a name that White people recognize as a racial slur, it’s not racist.”

In a 2012 interview with journalist Emil Guillermo, Ebens apologized for the killing and said “if there’s any way to undo it, I’d do it.” He maintained, though, that his actions had nothing to do with the auto industry or Chin’s race.

The Chin estate does not accept his apology, Zia said.

The verdict would shake many Asian Americans’ faith in the US justice system.

“Vincent’s soul will never rest,” Lily Chin would later say. “My life is over.”

Annie Tan, a cousin of Vincent Chin’s and an activist and educator in New York, said that the final outcome was traumatizing for her relatives. After Chin’s killers were ultimately acquitted of federal charges, her family stopped talking about the case at all, she said.

“I think that has probably changed the ways my family thinks about America and about the ways we can succeed and be here,” she said.

But Tan knows that her cousin’s story paved the way for change. Friends have told her that Chin’s case inspired them to enter activism, law or politics. Zia said she could see the difference that her work and that of other activists had made, too.

“It wasn’t all for naught,” Zia added. “A whole movement had been created, organizations formed … there were new generations of Asian Americans who were becoming civil rights lawyers because of this case.”

Chin’s name became a rallying cry, helping lead to legal reforms that made it easier for other victims to seek justice.

The case helped expose the disparities found in manslaughter sentences in Michigan, and activists credit it in part for the mandatory minimum sentencing guidelines set forth by the state Supreme Court and later adopted by the state legislature, Hwang said. Those guidelines still allow a judge to issue a sentence below the minimum, but they must give a reason for doing so, Hwang said.
The case also helped ensure that victims in future cases would be represented during court proceedings, allowing them to tell the judge at sentencing how they were affected by the crime.

“Victims’ impact statements weren’t the typical manner of the day,” Hwang said. “Since then, we’ve had — probably in part because of this case — an opportunity for victims’ families to give testimony with respect to the life of the victim and the impact on the family.”

Because of Chin’s case, Asian American leaders began tracking hate crimes against Asian Americans and Pacific Islanders at a time when such data was hard to come by. His name was often invoked in the fight for stronger federal hate crime legislation, and represented a turning point in the Asian American movement.

“There were positive impacts from our movement and from the legacy of Vincent Chin that affected every American and still affects every American today,” Zia said.

But activists still see a long way to go

For all the changes that Chin’s case brought about, however, his story seemed to fade into history as the years went on. Decades passed, and younger generations of Asian Americans grew up never having heard of him.
His name would come up again when hate violence and rhetoric against South Asian Americans rose during the 2016 US presidential election, after the killing of Indian American Srinivas Kuchibhotla in 2017 and most recently, during a resurgence of hate and violence against Asian Americans over the Covid-19 pandemic.

It was a reminder that many of the same challenges remained.

Asian Americans still face xenophobia and racism, in addition to a lack of awareness or outright denials from others that they face xenophobia and racism. They continue to battle perceptions that they don’t belong in the US. And all the while, despite numbering more than 22 million people in the US, many Asian Americans continue to experience feelings of invisibility.

Today, like they did nearly four decades ago, Asian Americans are coming together again to speak out against the hate and violence experienced by their communities.

Because all they can do, Shimoura said, is keep fighting.


Source link
Tags
us Vincent Chin's family never got the justice they wanted. But his case changed things for those who came after him - CNN
October 10, 2021 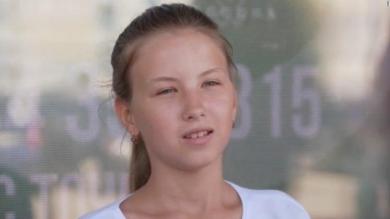 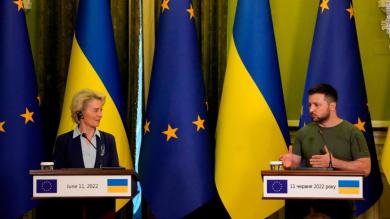 Russia is on the verge of taking a key Ukrainian city, but bigger battles await 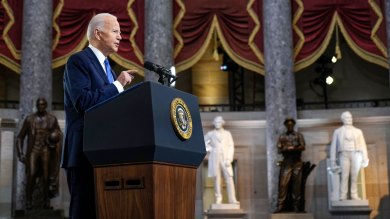 Biden made 16 references to “the former president.” Here’s what he said.