The last 24 hours have felt like a nightmare for University of Virginia head coach Tony Elliott, the entire football team and campus, the coach said Tuesday during a news conference.

“I’m ready for somebody to pinch me and wake me up and say this didn’t happen,” Elliott said, speaking publicly for the first time since three of his players were fatally shot late Sunday.

“Today was much better, we were able to transition from the pain to finding a little bit of joy in celebrating the lives of Lavel, D’Sean and Devin,” Elliott said.

The deaths of players Devin Chandler, Lavel Davis Jr. and D’Sean Perry left three enormous holes on a team that felt more like family than anything, the coach said. He went on to describe them, calling Chandler “the life of the party,” Davis “the big man on campus” and Perry “the quiet guy everyone wanted to know about.”

Despite such tragedy, Elliott commended the strength of his team and staff for coming together and being able to process the shooting. Elliott said the team has inspired him to keep pushing forward. At the same time, he said staff has made it their mission to ensure the team had all the resources they need and that no one went into isolation.

It’s been apparent from both the news conference and the actions of the UVA and Charlottesville community over the last 24 hours that the team isn’t alone in their grief. Students, Cavalier fans nationwide and even rival teams have shown their support.

A vigil Monday drew hundreds on the Charlottesville campus, with candles placed around the Statue of Homer along with signs reading “UVA Strong” and “1-15-41” – the uniform numbers of the three slain players.

“It was amazing, it was remarkable to see all those students supporting their classmates like that. It was healing, actually,” said UVA Athletics Director Carla Williams Tuesday.

As the team and community mourn, questions remain about the logistics of football and the university as a whole going forward. Classes at UVA are set to resume Wednesday, Mike Mather, managing editor for UVA Today, told CNN Tuesday afternoon.

The Cavaliers are also scheduled to play a game against Coastal Carolina on Saturday.

Williams said the athletics department – along with the football team and staff – will make the decision on whether to play on Saturday.

“We’ll use our best judgment, we’ll make a decision soon,” she said.

Elliott said the biggest questions surrounding the team right now are the wellbeing of the families of their deceased teammates and when players can interact with them. The biggest question from players, the coach said, has been “OK coach, how do we move forward?”

“The team is very self-aware that this situation is bigger than football,” he said.

The coach said Davis had a big smile and was the type to light up a room. The team reminisced over the last few days about intense debates about basketball in the locker room.

“The other thing that resonated was how good of a teammate he was,” Elliott said, adding that outside of the team, everyone knew him. “He always found a way to keep them (the team) entertained, but he also set that standard of what it’s supposed to look like to work.”

Chandler smiled all the time, and loved to dance and sing as well as compete. Teammates remembered how he wasn’t good at video games, but he just loved competing.

“The thing I remember about him was that he brought a smile to my face because he was comfortable with who he was,” Elliott said. “Devin was the life of the party, he kept everyone energized and found fun in grueling and monotonous work.”

Perry was the artistic one who liked drawing, shaping pots and listening to classical music, Elliott said.

“He had a sense of humor that was one of a kind. You knew immediately when someone said something that that was D’Sean,” Elliott said. “He was probably the most interesting man on the team.”

Along with the three players who passed, two other people were injured, one of whom was identified as Michael Hollins, a junior running back for the Cavaliers. Elliott said he was hard on Hollins because he saw his potential. The coach added that Hollins had a workman mentality in engaging the discipline and structure of the team, which led to improvements in his play.

“I think he’s a young man who’s fully invested in this institution, this program,” Elliott said. “He’s a guy I’ve seen come into his own as a leader.”

Hollins’ family told CNN that he was intubated.

One of the two injured in the shooting was discharged Tuesday and the other is in serious condition, according to UVA Health spokesperson Eric Swenson, who did not identify either person.

Jones faces three charges of second-degree murder and three counts of using a handgun in the commission of a felony, UVA Police Chief Timothy Longo Sr. said. Since his arrest, Jones was transferred from Henrico County to the Albemarle-Charlottesville Regional Jail on Tuesday afternoon.

He is expected to appear in Albemarle General District Court Wednesday for a bond hearing, court records show.

Jones is listed on UVA’s athletics website as a football player in 2018 who, as a freshman, did not participate in any games. A UVA spokesperson told CNN Jones had a pre-existing injury that prevented him from playing on the football team in 2018.

Jones went through medical treatment and rehabilitation during his time with the team and was only a member of the team for one season, the spokesperson says.

“What I do know is the young man was a student beginning in 2018 and was a walk-on for one semester with our football program,” Williams, the athletic director, said Tuesday.

Jones was the subject of a pending case with the university’s judicial council when Sunday’s shooting unfolded, officials said.

“On September 15, in the context of reviewing a potential hazing issue, UVA Student Affairs heard from a student that Mr. Jones made a comment to him about possessing a gun,” said Brian Coy, the university spokesperson.

That person “did not see Mr. Jones in possession of a gun,” and the “comment about owning a gun was not made in conjunction with a threat,” Coy said.

Throughout the investigation, Coy said, “Mr. Jones repeatedly refused to cooperate with University officials who were seeking additional information about the claims that he had a firearm and about his failure to disclose the previous misdemeanor conviction.”

So on October 27, “the Threat Assessment Team escalated his case for disciplinary action,” Coy said.

The school’s judicial council took over the case, and the results are pending, the university’s police chief said.

Jones was also involved in a hazing investigation on campus that was closed because witnesses would not cooperate, said UVA Police Chief Timothy Longo Sr. 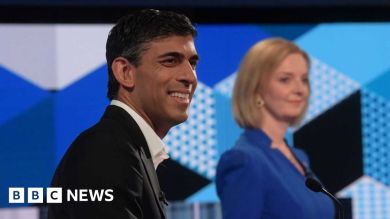 The political guard is changing again 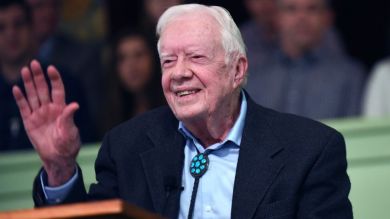 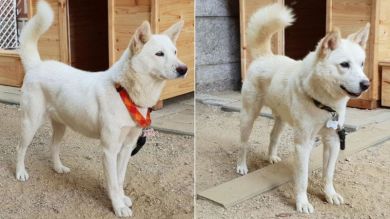 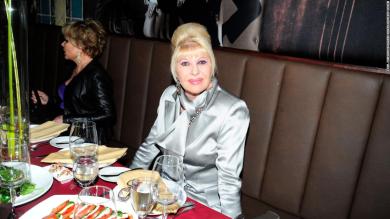 Ivana Trump, an ex-wife of President Donald Trump, has died