American Will Zalatoris takes a one-stroke lead into the weekend at the US PGA Championship after overnight leader Rory McIlroy dropped back on day two.

McIlroy began the day one shot clear of the field but the Northern Irishman finished it five behind Zalatoris, who reached nine under at Southern Hills.

He carded a bogey-free five-under 65 with conditions favouring the late wave in Oklahoma, although McIlroy shot 71.

Chile’s Mito Pereira, on his second major start, is second at eight under.

Australian Cameron Smith, who won the Players Championship in March, struck fellow player Aaron Wise on the head with a wayward tee shot on the second.

Wise, who was on the adjacent seventh hole, who was down for “about 20 seconds”, needed treatment but was able to complete his round, albeit with a head that was “a little sore”.

“I was walking down seven and then next thing you know, there’s a little bit of ringing in my head,” said Wise.

His playing partner Joel Dahmen added: “It was a glancing blow, but the ball took off another 40 or 50 yards down the fairway. It ended up in the rough. You could hear it. All the spectators heard it. It was loud.”

Scoring was at a premium on a blustery morning in Tulsa but world number nine Justin Thomas set an early clubhouse target of six under par with a second successive 67.

However, former world number one Dustin Johnson and current occupant and Masters champion Scottie Scheffler missed the cut after both slumped to six over par – Scheffler after dropping two shots on his final hole.

Spaniard Jon Rahm heads into the weekend at two over par after a one-under 69, as does reigning Open champion Collin Morikawa, who endured a tricky morning and faced a nervy wait after finishing at four over, which is where the halfway cut was made with the top 70 and ties playing the final two rounds.

Among those late starters to benefit from the wind dropping was Bubba Watson, who missed a putt on the last to become just the second player, after Branden Grace in the 2017 Open, to shoot 62 in a major. However, his scintillating 63, that included nine birdies and two bogeys, leaves him at five under.

“It was nice but I wish it was on Sunday to take the lead, coming out of nowhere to win or take a top five – but I will take it on any day of the week,” said the 43-year-old two-time Masters champion.

Tiger Woods, who looked to be in pain at the end of his opening round as he continues his comeback from a career-threatening car crash that left him unable to walk for three months, battled hard and edged inside the cut at three over after a 71.

“There’s a reason why you fight hard and you’re able to give yourself a chance on the weekend. You just never know when you might get hot.”

McIlroy’s recent majors have been characterised by slow starts that have played him out of contention but the 33-year-old set the target on day one in Tulsa.

He started slowly on Friday though, despite enjoying the best of the conditions. He had two costly bogeys on his front nine, as those below him began to find some momentum as the wind dropped. His solitary birdie came on the 12th as the four-time major champion finished with a one-over 71 that leaves him at four under for the tournament.

“Overall a lot of guys went lower in the afternoon and I wish I was one of them, but if that is the bad one out of the way I am still in a good position,” said McIlroy.

“Those three par savers were key to me to staying just that bit closer to the lead. Those par saves on 16, 17 and 18 were very important.”

Thomas started the day two behind McIlroy and erased that deficit with two birdies in his opening four holes, having started on the 10th, in what was an assured round from the 2017 champion.

A bogey on the par-three 14th checked his momentum but a run of eight pars followed and he finished in confident fashion with a birdie on the long fifth before walking in another on the final hole to post his second 67.

“I enjoyed it a lot, it brings out a good part of my game and I am comfortable in it,” said Thomas about the conditions.

“I feel like I’m playing well. We’re halfway through so it’s still a long way from home, but I’m very pleased with where everything is at and the state of mind that I’m in.”

Six under looked for a long while like it would be tough to beat, but when the wind dropped there were scores to be had and Zalatoris and Pereira were among those to take advantage.

Zalatoris already has four top-10 major finishes and he had to scramble to keep his blemish-free round intact before a run of three birdies after the turn saw him pull clear of the field, although Pereira, who started on the 10th, drew level as he holed six birdies in his final nine holes.

Texan Zalatoris leaked a drive right on the 17th and appeared to have his route to the green impaired by branches, but the 25-year-old world number 30 stuck a superb approach to within eight feet and holed the birdie putt to move back into a solo lead that he would hold on to.

“When I got out of position I missed in the right spots,” said Zalatoris. “I made a bunch of six to eight-foot par saves that kept the round going – I was surprised when I looked on the scorecard that I didn’t have any bogeys on there.”

Chilean Pereira missed the cut at the 2019 US Open on his only previous major start but the 27-year-old will head out in the final pairing on Saturday after an impressive six-under 64.

England’s Matthew Fitzpatrick was one of the few trending in the right direction on Friday morning, moving to three under par for the tournament before dropping his first shot of the day on his 13th hole.

The 27-year-old, whose best major finish was joint seventh at the Masters in 2016, bounced back with a birdie on the seventh – his 16th – and scrambled two pars to sign for a 69 and three-under total.

“I feel like this is the best I’ve played ever in my career this year so far,” he said.

“I’ve got a lot longer and it showed a lot the first two days, the guys that I played with, the clubs that I’ve been hitting into holes – hopefully it’s a sign things are changing a little bit for me.”

Compatriot Tyrrell Hatton carded four successive birdies on his way to a two-under 68, but closed his round with bogeys at 16 and 18.

He said putting was difficult on slower surfaces, with the greens not cut before the start of the second round because of the forecast for high winds.

“You know, they’re bobbling all over the place. It’s so hard to hole putts. So you can hit a great putt and they just don’t look like going in, which is hard to accept when we’re playing in a major championship,” said Hatton.

Two-time major champion Johnson signed for a second successive 73 and will be heading home, despite finishing with two birdies.

Scheffler, fresh from his Masters triumph last month, is another facing an early exit after he struggled to get to grips with the Tulsa venue and also ended the day at six over.

He was in a marquee group with world number two Rahm and third-ranked Morikawa, but followed Thursday’s 71 with a five-over 75 on Friday that unravelled on his back nine.

Scheffler started at the 10th and after carding nine pars in a row posted four bogeys either side of a birdie down the stretch before taking four shots from just off the back of the green on the ninth as he played his final nine holes in five-over 40.

World number five Patrick Cantlay had a wretched opening two rounds with just two birdies as he bowed out with an 11-over total. 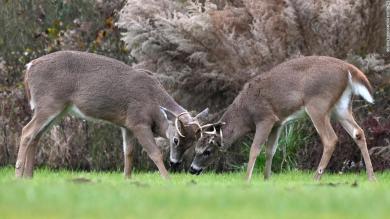 Coronavirus spreads in deer. Scientists worry about what that means for people 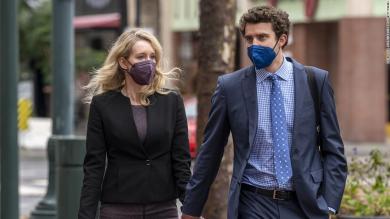 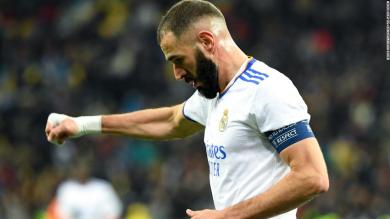 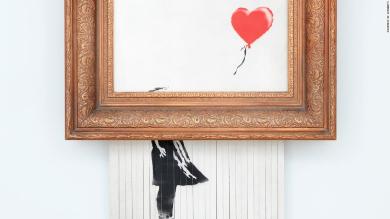