Ukrainian qualifier Daria Snigur dedicated her shock US Open victory over seventh seed Simona Halep to the people of her war-torn nation.

Making her Grand Slam main draw debut, Snigur won 6-2 0-6 6-4 in New York to record the biggest win of her career.

The 20-year-old prepared for the tournament in Riga after her training base in Kyiv was bombed by Russia.

“This is a victory for Ukraine, for all Ukrainian people, for my family, for my team,” said the world number 124.

“The situation is bad, of course. I try to do the best for Ukraine, I try to support my country.

“It’s not so easy because the war is continuing. Sometimes it’s impossible to play but I try to do my best because I want to live in Ukraine.”

Snigur could barely believe her achievement as Halep sent a backhand into the net to confirm a huge opening day upset at Flushing Meadows.

Having led the third set 5-1, Snigur held her nerve to beat two-time major winner Halep and earn a first Tour-level match win, in her first meeting with a top-10 ranked player.

Halep, who reached the Wimbledon semi-finals in July, lost just six points as she claimed a one-sided second set to level the match.

But, unfazed, a double break of serve in the third put Snigur on the verge of victory before she withstood a late fightback from her opponent and converted her third match point.

It was not long before tears of joy followed as she came back from 0-30 behind in the final game, while her father watched on in disbelief, resting his hands on his head, as his daughter spoke to the crowd.

“I’m very happy. It’s impossible for me,” said Snigur, whose mother remains at home in Kyiv. “I have to say thanks to Simona for this incredible match. I want to thank all the fans who watched our match today.

“Of course this match is for Ukraine, for my family, for everyone who supported me. I want to say thank you to you all.”

She will face Rebecca Marino in round two after the Canadian beat Poland’s Magdalena Frech 6-2 6-3.

Canada’s 2019 champion Bianca Andreescu prevailed in three sets against Harmony Tan after being forced into a last-minute outfit change.

The 22-year-old asked to leave the court during the warm-up because of an issue with her dress, which she later said was “bothering me on some forehands”.

“It’s not my fault, it’s Nike’s fault, this dress is so bad,” she told the umpire, who agreed not to dock her one of the two bathroom breaks players are allowed to take.

She initially dominated on her return, wrapping up a 26-minute opening set without losing a game.

Tan, who reached the last 16 at Wimbledon, established a 4-0 lead on her way to forcing a decider, but the momentum swung firmly in Andreescu’s direction once more as she dominated the third to win 6-0 3-6 6-1.

“I could have definitely used a different choice of wording,” she said. “So I apologise to anyone I disrespected. I love Nike and I hope I can be with them for the rest of my life.”

Andreescu, who reached the fourth round in her other US Open appearance in 2021, has a win rate of 92% at the major – but she will face a tough task next against Brazil’s Beatriz Haddad Maia.

Haddad Maia, seeded 15th, produced a devastating display, which included 17 winners, as she thrashed Croat Ana Konjuh 6-0 6-0 in one hour.

Sakkari overcame Germany’s Wimbledon semi-finalist Tatjana Maria in three sets, winning 6-4 3-6 6-0 against an opponent who had beaten her in the third round at SW19.

Jabeur, who reached her first major final at the All England Club, earned a 7-5 6-2 win over American Madison Brengle.

A couple of breaks of serve in either set saw the 12th seed start her campaign with a comfortable 6-2 6-3 win on Arthur Ashe Stadium.

Two seeds to fall in the women’s draw on day one were Italy’s Martina Trevisan and Swiss Jil Teichmann. 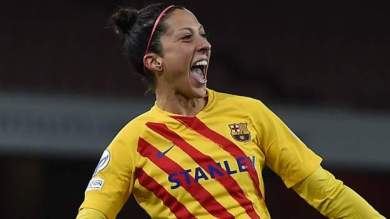 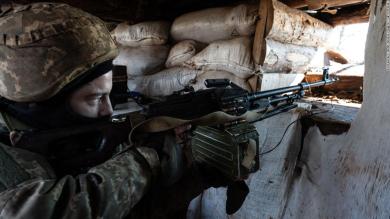 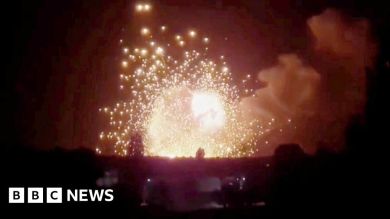 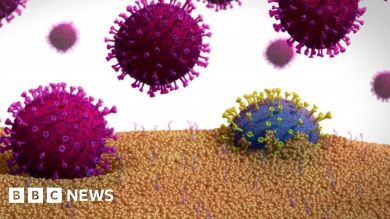 New Covid variant: Where do variants come from?