Britain’s Andy Murray demonstrated his grit and guile to frustrate Argentine 24th seed Francisco Cerundolo and start the 10th anniversary of his US Open victory with a first-round win.

Murray, 35, eventually clinched the first set and then raced ahead in the second as Cerundolo became despondent.

Murray, who will play 20-year-old American wildcard Emilio Nava next, said: “It felt like five sets to me, it was tricky conditions, very humid and hot.

“But I’m happy with the way I got through that one. He has had a brilliant year, I knew I had to play well and I did that in the important moments.”

Murray is one of seven British players competing in the US Open singles and was the first through to the second round after opening play on Louis Armstrong Stadium, which is the second show-court at Flushing Meadows.

Former British number one Kyle Edmund lost 6-3 7-5 6-2 against Norwegian fifth seed Casper Ruud as he made his Grand Slam singles comeback after a serious knee injury, while 20-year-old Jack Draper – on his overseas major debut – will look to join Murray and Dart in victory on day one.

Almost four years on from having major hip surgery, Murray has struggled to string wins together in a season which he recently described as “OK” and wanted “to be better”.

Climbing the rankings sufficiently to be seeded for the New York major was the target after Wimbledon, where he lost to 20th seed John Isner in the second round.

Inconsistent performances in North America since did not enable him to achieve his goal and, as a result, the world number 51 ended up being drawn against a seeded player at Flushing Meadows.

While 24-year-old Cerundolo has largely climbed the rankings this year because of his results on clay, it felt like his forehand could cause problems for Murray on the hard court and many predicted a long slog between the pair.

However, that did not play out as Murray ground down his opponent to win his first Grand Slam match in straight sets since Wimbledon in 2017.

“Sometimes when you are in those conditions, it’s quite easy to focus on yourself and how you are feeling. But it’s good to sometimes have a look down the other end and see how your opponent is getting on,” said Murray when asked if he was using the US Open’s new rule permitting off-court coaching.

“Ivan [Lendl, Murray’s coach] was trying to get me to keep moving him around the court, because he felt physically Cerundolo was struggling. I tried to do that certainly at the beginning of the sets and managed to get a good lead because of it.”

Murray impressed by keeping the pressure on Cerundolo, who became animated between points towards the end of the first set as his head began to drop.

After losing serve in the first game, Murray fought back with four on the bounce and looked increasingly assured in his ball-striking.

Things are often complicated with Murray, though. He suddenly became edgy when serving for the set and a poor game put the opener back on serve.

There was an unusual incident in the ninth game, with Murray leading 5-4, when Cerundolo initially won a point despite a double bounce before sportingly handing it over to the Scot after replays on the big screens showed what had happened.

After sealing victory Murray – who also failed to serve out the second and third sets at the first attempts – thanked Cerundolo for his sportsmanship when they met at the net.

“What he did was brilliant and I don’t think that loads of players on the tour would have done that. Fair play to him,” said Murray, who added he thought there was an argument for video assistant review-style challenges in these instances.

Another positive for Murray was there appeared to be no sign of the cramping which he has been hampered by recently, despite the warm weather which would have been even hotter on the sun-soaked court.

“I did well physically and mentally to put that to the back of my mind and find a way to get through. So I was really happy with that,” he added.

Dart ‘so unfit’ but victorious

Dart had earned direct entry into the US Open draw for the first time after making it into the world top 100 this year and she proved herself more than worthy of the place.

The Briton reached the second round on her third attempt in New York after a rollercoaster match against the in-form Kasatkina, who won two titles in North America this summer.

After a first set featuring 10 breaks of serve, Dart saved two set points as she battled her way to victory in the tie-break.

However, her level dropped as Kasatkina’s rose to give the Russian a swift second-set win.

But, after loudly berating herself for being “so unfit” when she failed to reach a ball at 2-0 down in the decider, Dart proved she was anything but as she scrapped to an unlikely victory in two hours and 30 minutes.

“Physically I don’t feel great but I really tried to stick at it and push through. I can’t believe I got the win.

“What’s so exciting about women’s tennis is anyone can win.”

Dart will play Hungarian Dalma Galfi, ranked three places below her at 91, in the second round.

Simply being back playing singles at a major tournament was a result for Edmund after a hellish two years dealing with a knee injury which left him wondering about his future.

The 27-year-old Yorkshireman was given an unkind draw in the shape of world number seven Ruud, who reached the French Open final this year and recently enjoyed a run to the Montreal semi-finals on the hard courts.

Edmund, using a protected injury ranking to play, said he was keen to see his level against one of the world’s best and after some encouraging signs early on, the former world number 14 lost in straight sets.

Edmund broke for an early 2-1 lead in the first set and showed glimpses of his quality, particularly with his trademark forehand.

But there were also signs of rustiness and eventually tiredness, understandable in only his 10th singles match back after three operations, as Ruud fought back to earn a comfortable win. 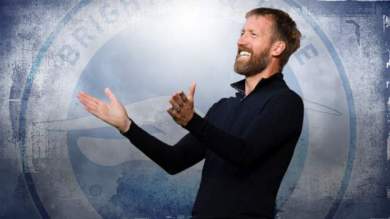 Graham Potter: Is Brighton boss an England manager in the making? 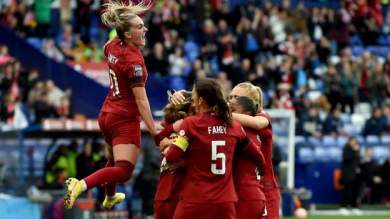 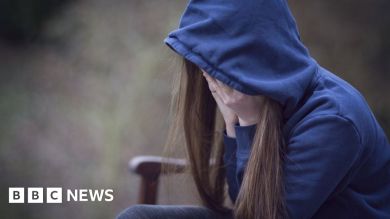 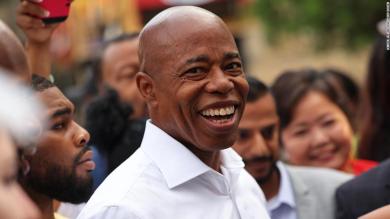