Born in the Czech Republic, the UFC star lost his father at six years old, leaving him short of authority figures.

He lived life by his own rules, paying little attention to advice from his mother or teachers, before eventually becoming involved in football hooliganism.

Fighting alongside fellow FC Zbrojovka Brno supporters, Prochazka was attracted to a sense of community he thought hooliganism offered, but he still lacked that deeper meaning – until a book gifted to him by his MMA coach changed everything.

“It was The Book of Five Rings, and that was the samurai spirit and all these ideas around Japanese culture,” Prochazka told BBC Sport, before his main event against light-heavyweight champion Glover Teixeira at UFC 275 on Saturday.

“I took it on as my own, and that was the main thing of why I started to think like that – to read the philosophy and all these books around fighting.

“Purpose is a good word. It changed my life because like I said I had no rules in my life after my father died, so that’s why I was looking for some strong information and strong ideas I can keep in my life.”

After reading the book, Prochazka left football hooliganism behind, focusing on his journey as a samurai and professional MMA fighter.

‘A true motivation for life’

Samurai are ancient Japanese warriors who helped govern the country for hundreds of years from the 12th century.

In studying bushido, 29-year-old Prochazka adopted the teaching’s warrior mentality, learning to look inwards to discover what is in his mind and soul.

Prochazka is reserved when explaining more about bushido, preferring people to research it themselves on the internet if they are curious.

He believes the world would benefit from more people practicing its teachings.

“I like when I can inspire somebody with this, because it was helpful for me and I know it will be helpful for other people,” said Prochazka.

“I know many people are looking for a purpose and what to believe and a guide – all this deep thinking. From these questions there is a true motivation for life.”

Prochazka credits Bushido with transforming him into the fighter he is today.

With 11 finishes in 12 consecutive victories, he has developed a reputation as one of the most exciting fighters in the sport, and on Saturday faces Brazil’s Teixeira for the light-heavyweight title in Singapore.

At 42 years old, Teixeira became the oldest first-time champion in UFC history when he defeated Jan Blachowicz in October.

“It [bushido] is about giving everything in my performance inside the cage – that’s all, nothing more,” said Prochazka.

“To do whatever it takes for a win, if it’s necessary to die in the fight for a victory, you have to do that.

‘Shevchenko is almost the perfect fighter’

Since defeating Joanna Jedrzejczyk for the title in 2018, the Kyrgyzstan-born fighter has developed into one of the UFC’s most dominant athletes.

The 34-year-old has defended her belt six times and is ranked first in the UFC’s women’s pound-for-pound rankings.

In Brazil’s Santos however, she faces an opponent on a four-fight winning streak in the UFC with just one professional defeat to her name.

“She [Shevchenko] is about as close as you can get to a perfect fighter,” said Santos.

“But nobody is perfect and there is always room for improvement – we have located a few things we can work on and those flaws we have found.

“I’ve been an underdog for most of my fights in the UFC and that’s a good thing – it doesn’t matter for me once we get in there.”

Will Jedrzejczyk’s return be triumphant?

On the undercard, Poland’s Jedrzejczyk returns to the octagon for the first time in more than two years when she faces Zhang Weili in a rematch of their exhilarating 2020 bout.

China’s Weili, 32, won by split decision on that occasion to claim the UFC strawweight title in a bout many regard as the best women’s fight in MMA history.

Jedrzejczyk has not fought since, but is returning in the hope of avenging defeat to cement her legacy as one of the greatest strawweights of all time.

In a two-year stretch between 2015 and 2017, the 34-year-old defended the title five times – the most in the division’s history. 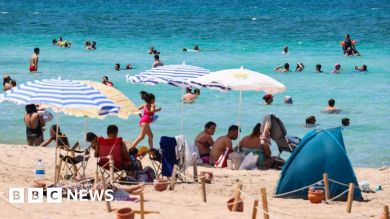 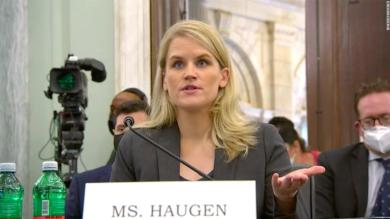 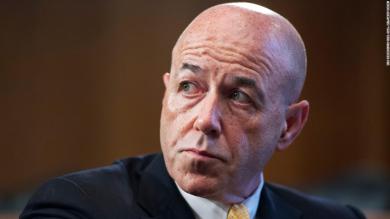 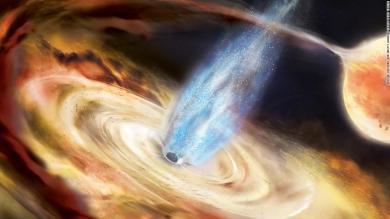