1) In a court filing, New York Attorney General Letitia James said that her investigation into the Trump Organization has turned up a number of “misleading statements and omissions” in tax disclosures and financial statements used to secure loans. As a result of those findings, James said she needs the former president, as well as Ivanka Trump and Donald Trump Jr., to testify about what they knew and when they knew it.

“Mr. Trump’s actual knowledge of — and intention to make — the numerous misstatements and omissions made by him or on his behalf are essential components to resolving [the Office of the Attorney General’s] investigation in an appropriate and just manner,” the filing states. “Likewise, Donald Trump, Jr. and Ivanka Trump worked as agents of Mr. Trump, acted on their own behalves, and supervised others in connection with the transactions at issue here; their testimony is necessary for appropriate resolution of OAG’s investigation as well.”

2) The Supreme Court allowed more than 700 documents from the presidential record to be sent to the US House committee investigating the attack on the US Capitol on January 6, 2021. As CNN noted: “The documents include activity logs, schedules, speech notes and three pages of handwritten notes from then-White House chief of staff Mark Meadows — paperwork that could reveal goings-on inside the West Wing as Trump supporters gathered in Washington and then overran the Capitol, disrupting the certification of the 2020 vote.” Trump’s legal team opposed the release, citing executive privilege.

Even one of those developments should be worrisome for Trump. Both happening on the same day? You can bet it wasn’t a quiet night down at Mar-a-Lago. (Amazingly, the former president has yet to comment on either of the developments on Wednesday.)

What Wednesday makes clear is that the biggest potential impediment to Trump’s return to the national political stage isn’t political — it’s legal.

And Trump’s Thursday wasn’t much better: In Georgia, the Fulton County district attorney requested a special grand jury as part of an investigation into the former President’s efforts to overturn the 2020 election results in the state.

In addition to James’ investigation into the possible over- (and under-) valuing of Trump properties and the January 6 committee, Trump is also dealing with the following:

1) The new Manhattan district attorney told CNN in December that he plans to focus on the high-profile probe into Trump’s business practices and may expand the investigative team. As CNN’s Kara Scannell reported: “The investigation, which has been underway for several years, appears to be coming to a head with prosecutors focusing on the accuracy of the Trump Organization’s financial statements when seeking financing, people familiar with the matter have told CNN.”
2) E. Jean Carroll is alleging defamation in regards to her allegation that Trump raped her in the 1990s. He denied her rape allegation, saying, “She’s not my type,” which prompted her lawsuit. The case is still being litigated. In December, a three-judge federal appeals court questioned lawyers for both Carroll and Trump.
3) Mary Trump, the niece of the former President — and the author of the scathing bestseller “Too Much and Never Enough: How My Family Created the World’s Most Dangerous Man” — sued Trump in 2020, alleging that he, his sister and his late brother had committed fraud to keep her from getting her fair share of the estate of Trump’s father, Fred Sr., Earlier this month, a New York state judge heard Trump’s request to dismiss the case.

That’s a whole lot of legal exposure for the former president. And while it’s not yet clear whether Trump (or his close family members) will be found culpable in any of these suits, it’s also not a slam dunk that they won’t be.

Trump has long adopted a legal strategy of dragging out any and all proceedings for as long as he can — in hopes that a) people lose interest and b) the other side folds (usually from a lack of money to continue the legal wrangling).

That strategy seems unlikely to work this time around, with the US House, the New York attorney general and the Manhattan district attorney on the other side of the table from Trump. And, the two blows struck against Trump on Wednesday suggest that things are likely to get worse for him and his inner circle long before they get better.

Trump, ever the survivor, will likely downplay all of this as a witch hunt designed to hurt him politically. While he would be wrong about the witch hunt allegation, he would be absolutely right that these legal problems could well impact his political future. (He did respond to Thursday’s news in Georgia — complete with a witch hunt line.)

UPDATE: This story has been updated with additional developments. 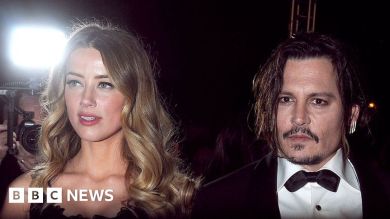 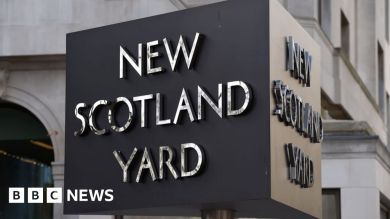 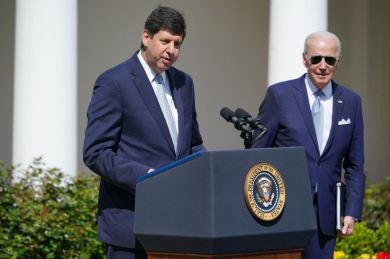 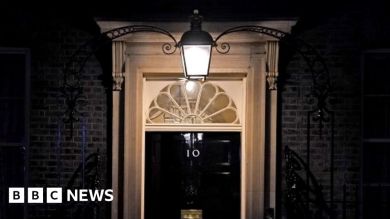