Trump got more vocal this week on Covid-19 vaccines, pushing them to supporters, correcting some misinformation and making clear they protect against Covid-19 hospitalizations and deaths.

He’s also seeking personal credit for vaccine development and telling his supporters they should get the shot, even if he agrees they should have a right to not get it.

When the conservative podcast host Candace Owens raised doubts about the efficacy of the vaccine during an interview with Trump, he corrected her.

“The ones that get very sick and go to the hospital are the ones that don’t take their vaccine. But it’s still their choice, and if you take the vaccine, you are protected.”

Owens released excerpts of the interview days after Trump had faced a smattering of boos from supporters when he talked during a Q&A with former Fox News host Bill O’Reilly about getting a booster shot.

The two have been on a tour together with stops in Florida and Texas, but the boos from a friendly crowd and the pushback over the vaccine suggest some space on the issue of Covid between Trump and some conservatives.

President Joe Biden and Trump even offered some kind words for each other on the topic of vaccines this week.

“Thanks to the prior administration and our scientific community, America is one of the first countries to get the vaccine,” Biden said at the White House.

Trump admitted to Fox News that he had been “surprised” and “appreciative” and, at least at that moment, found it hard to criticize Biden.

Imagine if Trump had taken this vocally pro-vaccine stance some months ago, building trust in the vaccine back then instead of making statements like this:

“People are refusing to take the Vaccine because they don’t trust his Administration, they don’t trust the Election results, and they certainly don’t trust the Fake News, which is refusing to tell the Truth,” he said in a statement back in July as the Delta variant was taking hold.
Trump has previously pushed Americans to get vaccinated, but he hasn’t exactly shouted from the rooftops about it. He kept his own vaccination quiet until after he left office.

CNN’s Veronica Stracqualursi and David Wright note that Trump has “frequently politicized the development and rollout of the vaccines and told The Wall Street Journal in September that he was unlikely to get a booster shot. He was also inconsistent on promoting science-backed recommendations to slow the spread of the virus and pushed disproven treatments for Covid-19.”

“I came up with a vaccine, with three vaccines. All are very, very good. Came up with three of them in less than nine months,” he told Owens.

Unfortunately, his previous attitude probably influenced — or was influenced by — mistrust of vaccines among Republicans.

Four in 10 Republicans remain unvaccinated, much less boosted, according to November data from the Kaiser Family Foundation.

While most Republicans, like most Americans, are either completely or partially vaccinated, it’s also true that most unvaccinated Americans either belong to or lean to the GOP, according to CNN’s Ariel Edwards-Levy. She cites research that suggests not even Trump’s endorsement is likely to change the minds of holdouts.

A much larger portion of Republicans — 72% in a recent NPR/PBS NewsHour/Marist poll — may have been influenced by Trump’s conspiracy theory about the 2020 election and don’t trust that the results were accurate.

The election lie may be Trump’s favorite thing to talk about publicly. And vaccines are something he’ll now defend.

But he’s also trying to keep some other things quiet this week. His lawyers asked the Supreme Court to shield him from having to turn over documents and communications related to the January 6 insurrection.

The House committee investigating the insurrection is poised, after court wins, to get the documents from the National Archives.

But Trump on Thursday asked justices at the highest court for help, demanding that they honor his claim of executive privilege even though he is no longer in office.

Trump wants to keep about 700 pages of documents secret, according to CNN’s report, “including activity logs, schedules, speech notes and three pages of handwritten notes from then-White House chief of staff Mark Meadows — paperwork that could reveal goings-on inside the West Wing as Trump supporters gathered in Washington and then overran the US Capitol, disrupting the certification of the 2020 vote.”

While he wants to keep documents sealed, Trump continues to talk, whenever he can, about his fantasy that the 2020 election was stolen from him. There was a fascinating Washington Post report Thursday on how Trump’s lie has continued to fester at the local and state levels as election skeptics push for more and new recounts, even in states Trump won easily.

That’s a disturbing trend for US democracy as election officials gear up for the 2022 midterm elections, when Republicans are expected to regain control of the House of Representatives, and look forward to the 2024 presidential election, which could well feature a rematch of Trump vs. Biden. 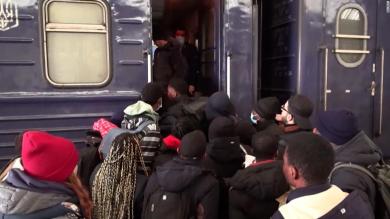 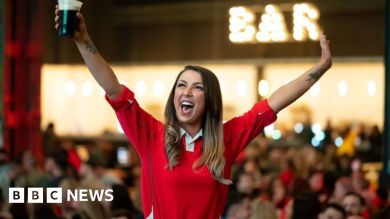 Covid in Wales: Fans to return to stadiums as rules ease

Timeline of the coup: How Trump tried to weaponize the Justice Department to overturn the 2020 election 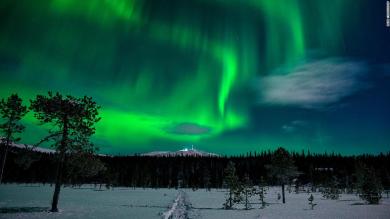 World’s happiest countries: Finland is No.1 for the fifth consecutive year