And Tuesday’s incumbent-on-incumbent primary in a deep red state that overwhelmingly voted for Trump in 2020 is set to be a test of whether that is all that matters in today’s Republican Party.

The latest round of redistricting and West Virginia’s shrinking population left the state with one fewer congressional district, forcing years-long colleagues McKinley and Mooney to run against each other. The primary has turned into a clash of styles, with McKinley running more on what he has accomplished in Congress and attacking Mooney for moving to West Virginia from Maryland in the last decade, while Mooney runs as the archconservative in the race, hammering his opponent for working with Democrats and voting for the infrastructure bill backed by President Joe Biden.

The primary, which has played out mostly on television and radio ads, has also set up a contest between national- and state-based power. While Trump, the powerful group Club for Growth and other top conservatives have backed Mooney, McKinley has the support of two key West Virginia political influencers: Gov. Jim Justice, the popular state leader who switched parties from Democratic to Republican in 2017, and Sen. Joe Manchin, the Democrat who has been a staple in West Virginia politics for decades.

In a race between two Republicans that has become one of the nastiest in the country, the Mooney campaign hopes that only one endorsement matters to voters.

“Alex is the only candidate in this race that has my complete and total endorsement,” Trump says in television and radio ads that are airing across the district. “He is a warrior for all of us. Reelect Congressman Alex Mooney in the Republican primary.”

Trump endorsed Mooney in November 2021, following McKinley’s decision to vote for the bipartisan infrastructure bill. McKinley also drew conservative ire when he joined other Republicans in backing an independent commission investigation into the January 6, 2021, attack on the US Capitol. That commission was eventually filibustered by Senate Republicans, leading House Democrats to create a select committee to investigate the attack.

Both of those decisions have loomed large in Mooney’s attacks on McKinley. Voters who had previously backed Trump cited the former President’s support for Mooney as the reason they are backing the congressman now.

“I would go for [Mooney] because of Trump,” said Connie Miller, a voter from Baker, a small town in West Virginia’s eastern panhandle, Mooney’s stronghold.

Chester Mongold, a 62-year-old voter from nearby Moorefield who believes Trump “still should be president” echoed Miller, telling CNN the cost of goods is his top issue.

“These gas prices, this inflation — man, this will take a toll on the whole United States,” Mongold said. “You go to the gas station and the grocery store — you’re done.”

Voter loyalty to Trump is reflected in almost every Mooney ad.

McKinley has responded by portraying Mooney as a Washington insider and labeling him a carpetbagger, noting that the Trump-backed candidate was a one-term state senator in neighboring Maryland from 2006 to 2010 and moved to West Virginia within the last decade.

McKinley also has not run away from his infrastructure vote. Instead, as often as his opponent attacks him for the decision, McKinley has used that vote to highlight how he delivers for his constituents, often highlighting specific projects in northern West Virginia that would benefit from the federal infrastructure dollars.

McKinley stood by the vote in an interview after the bill passed, even as his Republican opponent hopes to make it central to his downfall.

“I’ve waited 11 years to try to bring back something to West Virginia that will markedly improve our quality of life,” McKinley told a local outlet shortly after the vote. “If I wanted to make a political statement, I could have done a ‘no’ vote. That’s not what I did. I voted for West Virginia, and I have no qualms.”

Additionally, Mooney is trying to suggest that McKinley also backed Biden’s broader spending packaging, which he did not.

That baseless allegation is what got Manchin interested in the race. The Democratic senator, who has infuriated Democrats for months because of his work to separate the infrastructure bill from Biden’s broader social spending package, called McKinley and said he was willing to cut an ad for the Republican because he was “pissed off” after seeing “someone who doesn’t know my state and is lying” about McKinley’s record.
“For Alex Mooney and his out-of-state supporters to suggest David McKinley supported Build Back Better is an outright lie. David McKinley has always opposed reckless spending because it doesn’t make sense for West Virginia,” Manchin says in the ad supporting McKinley. “Alex Mooney has proven he’s all about Alex Mooney.”
Manchin has taken it a step further, too, by going on a local radio show and, in a page out of the Trump playbook, branding his opponent “Maryland Mooney” and alleging that the congressman moved from Maryland to West Virginia for “political opportunity.”

On paper, McKinley has an advantage over Mooney. The congressman, who was first elected in 2010, touts himself as a seventh-generation West Virginian, a powerful factor in a state that traditionally rejects out-of-state influence. And the newly drawn district is almost entirely made up of counties McKinley formerly represented, hampering Mooney, who must introduce himself to a new set of voters.

But Trump remains deeply popular in the state. The former President won every county in West Virginia in both 2016 and 2020, carrying more than 68% of the vote against Biden in the last election cycle. His influence is seen everywhere, including in yards that continue to display the former President’s yard signs and flags.

McKinley is far from an anti-Trump Republican — the congressman voted against both impeachments of the former President and stood by him repeatedly during his four years in office. There are signs that McKinley knows the Trump endorsement may be the most important factor in the race.

At the end of one ad where McKinley attacks Mooney for an inquiry into a possible misuse of taxpayer dollars, the narrator has a clear message for West Virginia voters: “President Trump was robbed.”

CNN’s Manu Raju and David Wright contributed to this report. 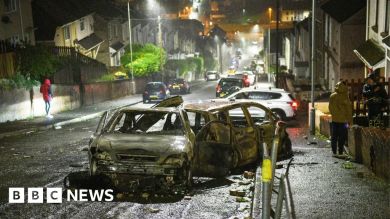 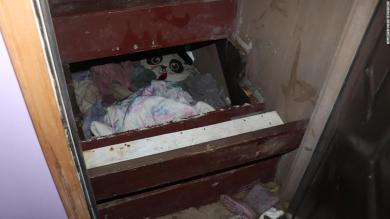 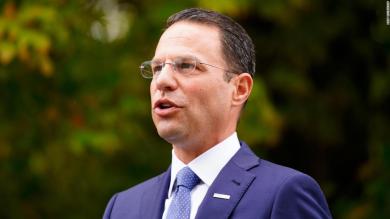 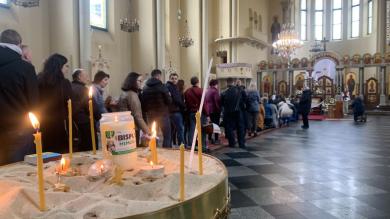 Ukrainians celebrate Easter in the shadow of war