He had a hard time focusing in class, and he didn’t understand why he couldn’t learn the way other students did.

“There was a calculation made,” he said. “I could either be the dumb kid or I could be the bad kid. So, I started acting out.”

Flink was often asked to leave the classroom because of the disruptions he caused.

“At one point, my desk was literally moved to the hallway,” he said. “But then I had this message sent to me that I didn’t belong in a classroom.”

One in five children in the United States has a learning disability. At the time, Flink didn’t realize he was among them, and his struggles left him feeling alone and isolated.

It was in a hallway where Flink met his first mentor, the school’s janitor.

“He got to know me, and eventually we started playing chess,” Flink said. “There was nothing that said he had to take an interest in my life, and he did anyhow. And that saved me.”

At 11, Flink was diagnosed with ADHD and dyslexia. With the support of his parents and the right school, Flink graduated high school and went to Brown University.

When he got to college, he found a community of students who also had learning differences. Together with five of them, Flink started a mentoring program for nearby elementary school students who had a learning disability. They called the program Eye to Eye.

“It was lightning in a bottle,” Flink said of the program’s early days. “All of a sudden, all this stuff that we thought was really taboo and doesn’t sound good — we discovered they were just words. Under all of that was potential.”

“Middle school is actually the predictor of success,” Flink said. “It’s where kids have the maturity to say, ‘Hey, this is how my brain works. And I can ask for that thing.'”

Eye to Eye’s curriculum utilizes art as a self-expression tool. Every activity in the 18-week program centers on a specific social-emotional learning objective. Each lesson builds on the previous, moving students from self-doubt to empowerment.

“It’s incredible to see a classroom of our mentors and mentees,” Flink said. “They can be open and be themselves and that stigma is gone.”

The organization is in 150 schools nationwide and has more than 1,350 mentees impacting middle school children each week.

Eighty percent of Eye to Eye students graduate from college — an impressive rate considering children with learning disabilities are three times more likely to drop out of high school.

“It’s just crazy to me when we think about groups of students who are likely to fail, we don’t look at the thing that they’re showing up to do, which is learn,” Flink said. “This group has the highest dropout rate in our country. We can solve for that.”

While Flink enjoys hearing about the academic success Eye to Eye brings to children, there’s something more he finds gratifying.

“When I hear that because they were in Eye to Eye, they now understand somebody else’s experience better who’s different than them — this is what we need in America,” Flink said. “We have to love each other across our difference.”

CNN’s Meghan Dunn spoke with Flink about his work. Below is an edited version of their conversation.

CNN: How has the pandemic affected your work?

David Flink: When Covid first hit and suddenly we sent kids home, my biggest fear was that the kids who learned differently were going to be the first to suffer because they were already the ones who were suffering in school. So, we took our corps of mentors and we started deploying them virtually. It’s taking the same secret sauce that was in person and providing it in a virtual format.

CNN: What’s special about the relationship between mentor and mentee?

Flink: Every mentor and mentee relationship, of course, has its own unique DNA. But the thing that I keep seeing that is similar is, number one, there’s this immediate sense of trust. They’re different ages and different life experiences, and so why would they get along so well? But there’s this immediate sense of trust and understanding that’s just magical.

The second thing was a surprise for me. The students come to meet in a community — the mentees are meeting with their mentors and next to them there’s another mentee meeting with their mentor. And so, while they may not be working directly together, they are working together in the same room. So just looking around, they feel this sense of sameness and of empowerment.

CNN: What is your hope for the kids you’re helping?

Want to get involved? Check out the Eye to Eye website and see how to help.
To donate to Eye to Eye via GoFundMe, click here 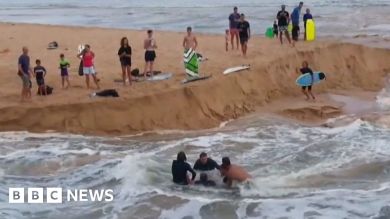 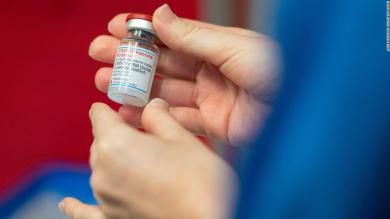 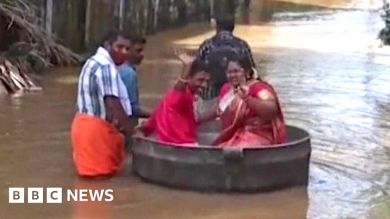 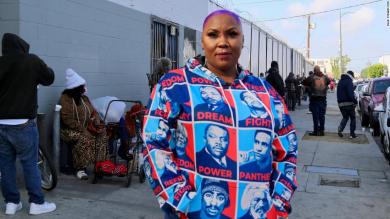