The historic seditious conspiracy trial of five alleged Oath Keepers – a closely watched test of how the Justice Department is prosecuting US Capitol rioters – is nearing an end with closing arguments scheduled to begin Friday.

The trial began more than seven weeks ago and has featured hundreds of messages, audio recordings, and videos of the defendants’ revolutionary rhetoric in the wake of Joe Biden’s 2020 presidential victory, and of their actions as they traversed the US Capitol grounds during the riot on January 6, 2021.

Defense attorneys argued that that there was no uniformed plan among the group, that the far-right Oath Keepers militia group only attended the Stop the Steal rally to provide security details for speakers, and that the inflammatory recordings of the defendants were nothing more than “locker room talk.”

Here’s what to know about the case:

Stewart Rhodes, 57, founded the Oath Keepers in 2009 and has led the group ever since. Prosecutors say Rhodes stood outside the Capitol on January 6 acting like a “general” as his followers breached the building.

Kelly Meggs, 53, is a leader of the Oath Keepers’ Florida chapter and, according to the government, led the infamous “stack” formation of Oath Keepers inside the Capitol on January 6.

Jessica Watkins, 40, led her own militia in Ohio before joining the Oath Keepers in the wake of the 2020 election. Prosecutors say Watkins, who is transgender, allegedly entered the Capitol with Harrelson and Meggs and coordinated with Caldwell in the weeks prior.

Thomas Caldwell, a 68-year-old who testified that he is not a member of the Oath Keepers, allegedly helped organize the armed quick reaction force stationed outside of DC on January 6. Caldwell also hosted Oath Keepers at his Virginia farm, prosecutors say, and communicated with Watkins during the riot.

Jurors will consider 10 charges against the defendants including three conspiracy charges, obstructing the certification of the electoral college vote, and tampering with documents.

Seditious conspiracy: All five defendants are accused of planning to use force to stop the lawful transfer of presidential power on January 6.

Conspiracy to Obstruct and Obstructing an Official Proceeding: The defendants are all facing charges alleging that they conspired together to, and did, stop Congress from certifying the electoral college votes inside the Capitol.

Conspiracy to prevent an officer from discharging any duties: This charge also relates to the certification of the electoral college vote. The indictment alleges that all five defendants worked together to “prevent by force, intimidation, and threat… Members of the United States Congress, from discharging any duties,” namely, certifying the election.

Destruction of Government Property and Aiding and Abetting: Meggs, Harrelson and Watkins, according to prosecutors, were part of a crowd that burst through the Capitol’s Rotunda doors on January 6. They are not alleged to have broken the doors themselves.

Civil Disorder and Aiding and Abetting: Jurors will consider whether Jessica Watkins interfered with law enforcement when she allegedly joined a crowd near the Senate chamber, pushed against and shouted at officers who were guarding the chamber doors.

Tampering with Documents or Proceedings and Aiding and Abetting: Rhodes, Meggs, Harrelson and Caldwell are each facing charges for allegedly deleting messages and pictures from their phones or social media accounts after January 6. Prosecutors also allege that Rhodes instructed other Oath Keepers to delete messages after the riot.

Multiple current and former members of the group have taken the stand, offering a glimpse into how online conspiracy theories in the wake of the 2020 election pushed some to join the Oath Keepers and take action on January 6.

Graydon Young, an Oath Keeper who has pleaded guilty to January 6 charges, testified that he felt “desperation and hopelessness” after the 2020 election, and feared that nothing would stop a “fraud” from being committed on the American people. So, Young said, he joined the Oath Keepers as a means to fight back.

“I guess I was acting like a traitor against my own government,” Young, who entered the Capitol that day, told the jury. Young said the group had an implicit plan to storm the Capitol but was never directly told to enter.

Another Oath Keeper who pleaded guilty and is cooperating with prosecutors, Jason Dolan, described a similar descent into hopelessness after the 2020 election.

“I wanted [lawmakers] to hear and feel the same things I was feeling at the time,” Dolan testified, watching a video of himself and Harrelson chant “treason” as they walked through the Capitol that day. “It felt like I have been betrayed. I wanted them to hear and feel the anger, the frustration, the rage that I felt.”

Three of the defendants, Rhodes, Caldwell and Watkins, also testified during the trial, downplaying their unhinged messages and arguing that there was no plan to invade the city with weapons.

Rhodes described to the jury why he believed the 2020 election was “unconstitutional,” and testified that he wanted then-President Donald Trump to invoke the Insurrection Act to stop the election from being certified. Rhodes claimed he never gave orders for members to go inside the Capitol and spent most of the day trying to gather Oath Keepers in one place.

Prosecutors also revealed new private messages between Oath Keepers and secretly recorded meetings of the group allegedly calling for violence, including one recording just days after the riot in which Rhodes said he wished he brought rifles to the Capitol that day and warned of “combat here on US soil.”

Other defendants also complained that the riot wasn’t more successful, prosecutors said, noting how much danger lawmakers and police in the Capitol faced that day.

Young recounted a conversation he had with a group of Oath Keepers, including Kenneth Harrelson, after they left the Capitol. Harrelson said the police equipment would have been “ineffective” against firearms, Young told the jury.

“The whole general context was that if we had been more geared up or prepared, we might have been able to get through,” Young testified.

Caldwell also lamented not having enough firepower, prosecutors allege, writing in a Facebook message that evening that “If we’d had guns I guarantee we would have killed 100 politicians. They ran off and were spirited away through their underground tunnels like the rats they were.”

Meggs, too, allegedly celebrated the violence in messages. Prosecutors say that when an acquaintance told Meggs he “was hoping to see Nancy’s head rolling down the front steps,” Meggs, who can be seen in security footage outside Pelosi’s office that day, responded, “We looked forward [sic] her.”

The trial – the first of three seditious conspiracy cases set to start this year – is a major test of the Justice Department’s theory that far-right extremist groups plotted to disrupt America’s longstanding tradition of a peaceful transfer of power.

The seditious conspiracy charge is politically risky and notoriously difficult to prove. Cases are brought infrequently, and prosecutors haven’t won a conviction on the charge in decades.

If prosecutors do manage to secure a seditious conspiracy conviction, it could help rebut criticisms that the Justice Department has not been aggressive enough in prosecuting rioters and help dispel claims that the riot was merely a protest that got out of hand.

The verdict could also come with ramifications for a Justice Department increasingly under political fire. When it was unsealed early this year, the indictment against members of the Oath Keepers sparked outrage among some supporters of the former president and figureheads on the right who claimed the allegations were exaggerated and the charges politically motivated.

Law enforcement leaders have continued to warn of the recent rise in domestic extremist threats from lone actors and small groups, a threat some Republican lawmakers have sought to downplay.

Following Trump’s presidential campaign announcement Tuesday night, the verdict could face further scrutiny down the road. The former president – who told his supporters to go to the Capitol on January 6 – has said that, if elected, he would consider “full pardons” for the rioters. 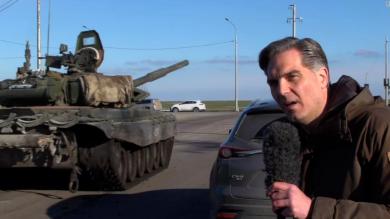 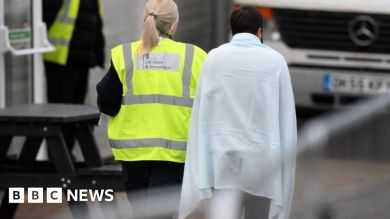 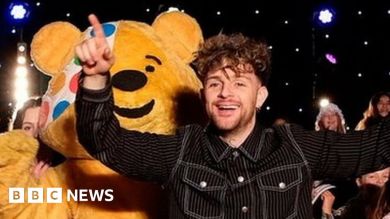 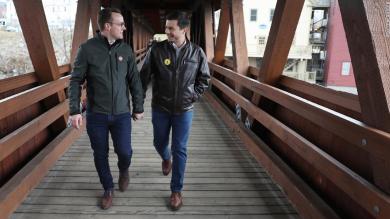