Last fall, Chris showed the world the power of small but consistent improvement, setting a Guinness World Record as the first athlete with Down syndrome to complete an IRONMAN triathlon: a 2.4-mile swim followed by a 112-mile bicycle ride, ending with a 26.2-mile marathon. But crossing that finish line was only the beginning.

From birth, Chris faced a number of cognitive, physical, and sensory challenges, according to his mother, Trish Nikic. He underwent open-heart surgery at five months old and years of therapy to help with things like eating, speech, and balance.

Perhaps the biggest obstacle he encountered, though, was how other people perceived him.

“People treated me different,” Chris recalls. “They were telling me that I can’t do that or can’t do this.”

When Chris was eight, he and his family found a supportive and welcoming community in Special Olympics Florida. Inspired by his athletic older sister, Chris eagerly took to sports like basketball, golf, and track.

Their true benefits went beyond exercise for the growing boy. Athletics “gave him an opportunity to be socially included with others,” Chris’ father, Nik Nikic says.

As Chris got older, he became more sedentary while recovering from a series of ear surgeries. After Special Olympics Florida launched its triathlon program in 2018, Chris’ parents encouraged him to try it to get in shape and have fun.

“The first time he ever did a sprint with Special Olympics, he came in dead last,” Trish says. “But you know what? Chris was happy.”

Chris soon outgrew his first triathlon coach. Dan Grieb, the captain of a local triathlon club, came on board to help take Chris to the next level. In a year and a half of training, Chris went from the couch to a sprint 14-mile triathlon.

Chris set his sights on a half IRONMAN race scheduled for May 2020. When Covid-19 forced organizers to scrap the official event, Chris and his team held their own race. CNN affiliate Spectrum News 13 followed Chris’ journey, ultimately ending with him qualifying to compete in the full IRONMAN competition in Panama City.

There is no road map

IRONMAN triathlons are some of the most challenging sporting events on Earth. In addition to those grueling distances, there’s also a time cutoff — 17 hours — which became Chris’ next unprecedented goal.

“There is no road map with Chris,” Grieb says. “A Down syndrome athlete has never even attempted a 17-hour race that involved a bike, a swim, and a run, so we didn’t know what to expect.”

According to Grieb, race day started off normally. He felt confident about their contingency plans for “everything” in case of an emergency — until they hit the bicycle portion of the race. During a nutrition stop, Chris accidentally stepped in an ant pile and suffered hundreds of bites. Farther into the course, Chris took off too fast downhill, hit a bump in the road, and crashed.

Grieb feared the worst. Accidents at that speed often result in broken bones, head injuries, or even hospitalization.

“I turn around and Chris is standing up already jumping up and down,” Grieb recalls. “It is the opposite reaction that I’m prepared for … He’s excited that he’s crashed and he wants to get back on his bike and take off again!”

As Chris powered through the triathlon’s final leg, race day turned to race night. With every step of the marathon portion, the crowds became bigger and louder with more hands outstretched for high-fives. (Chris, of course, obliged all of them). Even more were watching along online — a total of 2.7 million views, according to IRONMAN.

Nearing midnight, nearly 140 miles into the course, Chris was tired. He had come so far. And time was almost up.

“Chris’ whole life he’s been told he wouldn’t amount to much,” Grieb says. “I’ve got to get him across the finish line.”

And so they pushed.

Amid a crush of bright lights, cameras, cheers, and tears, Chris crossed the finish line in sixteen hours, 46 minutes, and nine seconds.

Chris is the first to admit the last year has been, in his words, “life-changing.” Since becoming an IRONMAN, his celebrity — and platform for promoting inclusion — has grown tremendously. He’s received international media attention, an ESPY Award, and the Laureus Sporting Moment of the Year Award. His public speaking career has also taken off — more than 40 appearances so far — along with an Adidas sponsorship deal and a new book.

But his parents say one honor — being named Special Olympics Champion Ambassador — is most meaningful.

“In our mind, the most special thing he could do is be a representative for Special Olympics and continue to inspire others around the world,” Nik says. “And that’s opening all kinds of doors for him.”

In doing so, Chris has opened the door for so many others as well, according to Sherry Whitlock, CEO and president of Special Olympics Florida. The number of athletes participating in the non-profit’s triathlon event has more than doubled, and the organization has seen a surge in interest in “unified partners,” or volunteers without intellectual disabilities who train and compete alongside Special Olympics athletes.

The Florida chapter is also set to host the 2022 Special Olympics USA Games, where triathlon will be included for the first time. Whitlock credits the attention Chris has brought to the sport, and she is also working to incorporate his “1 percent better” methodology among Special Olympics Florida coaches and training staff.

“Many of our athletes have tremendous ability, so I’m really just inspired that it has kind of raised everybody’s game to the next level,” Whitlock says.

“Let them compete to the extent of their ability. But let’s not decide what their ability is,” he says. “What would it be like if we just gave more people like Chris an opportunity to make a dent in this world?”


Source link
Tags
The first IRONMAN with Down syndrome turns his winning moment into a growing movement for inclusion - CNN us
October 11, 2021 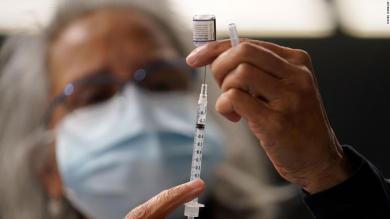 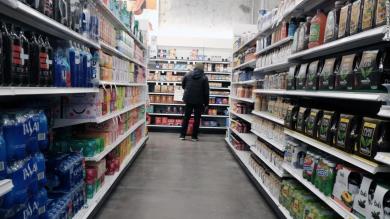 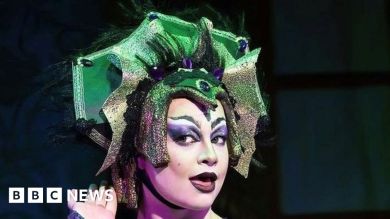 Covid-19: The theatre understudies stepping up to save the show 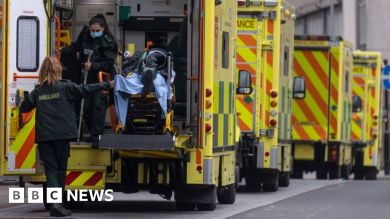