Editor’s Note: This story was excerpted from the May 3 edition of CNN’s Meanwhile in America, the daily email about US politics for global readers. Click here to read past editions and subscribe.

Russian President Vladimir Putin couldn’t have been more clear that his aim in invading Ukraine was to end its right to exist as a free, independent nation.

So, the flow of high-profile Western visits to the Ukrainian capital city of Kyiv – most recently by House Speaker Nancy Pelosi over the weekend – is about more than daring photo-ops.

Such trips by leaders who stand side-by-side with Ukrainian President Volodymyr Zelensky make an important statement that Ukraine remains a viable, functioning nation, notwithstanding Putin’s forces now trying to bite off a big chunk in the east. And they are a reminder to the Russian leader and the world that the primary aim he laid out at the start of the war has not been achieved. From Ukraine’s point of view, the trips keep the country’s plight in the headlines and send visitors home fresh with the horrors of a vicious war as they deliberate over Western aid.

Pelosi, who is second in line to succeed President Joe Biden after Vice President Kamala Harris, was the highest ranking American official to visit Kyiv since the start of the war. Her surprise trip came a week after US Secretary of State Antony Blinken and Defense Secretary Lloyd Austin were in the Ukrainian capital.

That visit heralded a far more explicit and hawkish US war aim in Ukraine – namely the weakening of Russian military power so that Putin lacks the future capacity to threaten American allies in Europe. Pelosi will be a key figure in passing Biden’s staggeringly large request for Congress to spend $33 billion arming and supporting Ukraine – a price tag that will now help define his presidency.

Zelensky, who has time and again proven his flair for public relations, released a clip of Pelosi’s comments during her three-hour stay in Kyiv, which mirrored almost exactly what Ukrainian officials tell the West about the war. “We are visiting you to say thank you for your fight for freedom. … Your fight is a fight for everyone,” Pelosi said. “And so our commitment is to be there for you until the fight is done.”

Pelosi was far from the first foreign leader to visit Ukraine in recent weeks. Several European heads of government made the trip first. British Prime Minister Boris Johnson has dropped by, as have top EU leaders. First lady Jill Biden is making her own trip this week, not to Ukraine, but to Romania and Slovakia in a show of support for displaced Ukrainian families.

But the most intriguing aspect of Pelosi’s visit is what we don’t know. For instance, how did she and her delegation of Democratic members of Congress get there? Blinken was pictured on a train during his trip, which was followed by Russian raids on Ukrainian railway stations that didn’t seem to be a coincidence. Russian missiles, meanwhile, slammed into targets in Kyiv last week when UN Secretary-General António Guterres was still in town – and just after he had visited Putin in Moscow. Again, it’s hard not to read a signal from the Kremlin.

Often when a senior member of the US government travels in secret to a hostile destination, their visits are followed by behind-the-scenes leaks and news coverage of their journeys. There’s been mostly silence after the trips into Kyiv – proof of the ultra-high security required to convey VIPs into a country under Russian assault and an apparent desire to keep the details secret so such visits can continue.

Pelosi’s trip will only create more speculation about whether Biden will eventually make his own clandestine swoop into Kyiv – a prospect that is likely to perturb Secret Service planners since the US President travels with a far more visible security footprint than the speaker. The White House said again Monday that no such visit is in the works for Biden. But even if it were, the world wouldn’t know about it until after it happened for obvious reasons.

It seems unlikely that Russian forces would deliberately target a senior visiting US official. But Moscow’s war machine has operated chaotically for much of the war. And the possibility of a stray missile or an accidental attack on a US visitor doesn’t bear thinking about given the potential for escalation in the crisis.

As we’ve pointed out, there is an element of self-serving political theater for the leaders who make these trips. Which high-profile politician can resist the headlines of a daring trip to a war zone – and the chance to bask in the reflected limelight of Zelensky, one of the world’s most admired leaders?

But even a cynic must admit that such visits are a lifeline to Ukraine, and a poke in the eye to a Russian leader who wanted to crush its sovereignty. 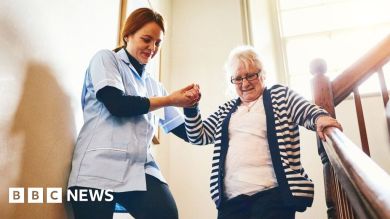 Social care: Immigration rules to be relaxed to recruit staff 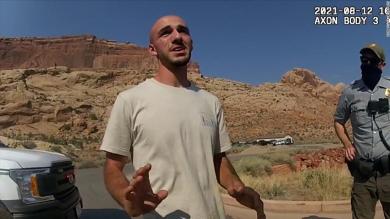 Brian Laundrie’s death: A notebook found near his remains could answer some key questions, experts say 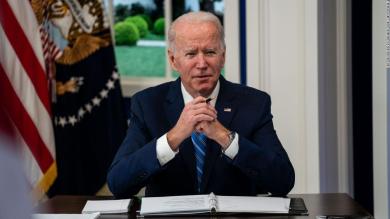 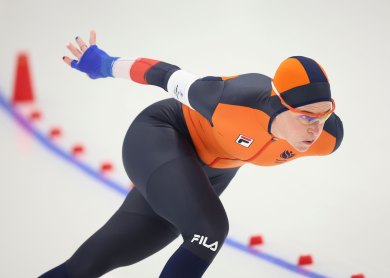