“It’s almost like a joke, what would an opposing view of the Holocaust be?” a teacher at Carroll Independent School District in Southlake, Texas, where the comment was made, told CNN’s Ed Lavandera. The teacher did not want to be identified for fear of retribution.

Lane Ledbetter, superintendent of the Carroll ISD, issued an apology Thursday after a recording was leaked of the training session during which the comment was made. The audio, first reported by NBC News, was secretly recorded by a staff member and obtained by CNN.

On it, Gina Peddy, executive director of curriculum and instruction for the district, can be heard using the Holocaust as an example of a historic event that would require opposing views to be presented. At the time, she was advising elementary school teachers on how to follow new district guidelines for the vetting of books after teachers expressed frustration and confusion over the new law impacting curriculum.

The law, one of many legislative efforts to ban critical race theory in American classrooms, was signed by Gov. Greg Abbott and took effect on September 1. It states that a teacher may not be compelled to discuss “a particular current event or widely debated and currently controversial issue of public policy or social affairs.” If a teacher does engage in such a discussion, the teacher is required to “explore such issues from diverse and contending perspectives without giving deference to any one perspective.”

Critics argue that the law is not only confusing to teachers, but impacts teachers’ abilities to responsibly educate American children about historic events.

“It was the antisemitic, systematic murder of 6 million Jews and there is no legitimate ‘opposing’ perspective to that,” said Joel Schwitzer, regional director of the American Jewish Committee, Dallas.

“When I listened to the audio, what I heard was an administrator who is desperately trying to figure out how to operate in this environment without clear direction as to what qualifies as a controversial subject,” he added. “This law will have a chilling effect on schools, administrators and teachers and that’s what we are seeing here.”

‘There are no two sides to the Holocaust’

The Carroll ISD teacher who spoke to CNN said fear, ignorance and racism are the driving forces behind the push to control how certain historical events are taught in classrooms.

“We’re being asked to have opposing views on only certain things and that’s where the problem lies, really.”

When asked what things teachers are being asked to have opposing views on, the teacher responded: “Civil Rights Movement, Holocaust, the Civil War, slavery, women’s rights.”

The debate has even put educators’ lives at risk, the teacher added.

“Teachers are actively getting threats if they’re speaking out at this point, to destroy their lives, to come for their license, to go after their families,” the teacher said. “We’re beginning to feel like children of divorce, like we have these two sides fighting and we’re becoming collateral damage.”

Clay Robison, spokesman for the Texas State Teachers Association, said he was angered but not surprised about the comments made in the Carroll ISD training session.

He noted that while the law does not specifically deal with books in teachers’ classrooms or specifically require a teacher to give equal weight to perspectives that deny the Holocaust, he said the law has enough ambiguity to “encourage that kind of reaction.”

Some parents are also worried about how HB3979 will impact their children’s education and communities.

“It’s very sad, the situation that we’re in right now,” Russell Maryland, a Southlake resident and father of three children who attended schools in the city, told Lavandera.

“The world is changing. The city is changing. And unfortunately you have a set of people in this town that are fearful of the change. And what do the fearful do? Instill fear.”

Maryland, a former Dallas Cowboys defensive lineman, has spent the last three years working with other parents to develop a diversity curriculum for the city’s schools.

“It’s happening, it’s happening here in our community as a warning to everybody out there,” Maryland said. “If you don’t stand up right now, then that ignorance is coming to a town close to you.”

CNN’s Ashley Killough and Ed Lavandera contributed to this report. 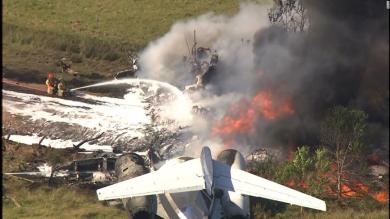 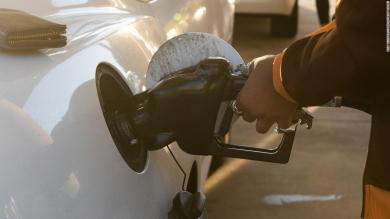 California gas prices surge to $4.66 — about a penny away from an all-time record 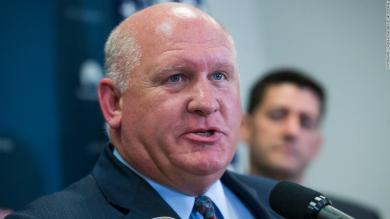 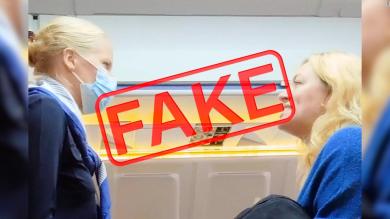 Think this airplane altercation looks fake? That's because it is