The House’s select committee investigating the January 6, 2021 US Capitol attack held its first prime-time hearing Thursday evening, detailing the findings of the panel’s investigation and playing new video from closed-door depositions of members of former President Donald Trump’s team and depicting the violence at the Capitol.

Here are the key takeaways from the hearing:

The committee played a compilation of some of the most disturbing footage from the January 6 attack.

They included some never-before seen material, including birds-eye view footage from security cameras that showed the enormous pro-Trump mob as it started swarming the Capitol grounds.

The footage also showed how the crowd took its cues directly from Trump, with one rioter reading a Trump tweet on a megaphone for the other rioters to hear. In that tweet, Trump criticized Pence for announcing that he would not overturn the results of the 2020 election while presiding over the joint session of Congress to certify Joe Biden’s win.

Then they showed a photograph of a makeshift noose and gallows that the rioters erected near the Capitol, as well as a haunting clip of other rioters shouting “Nancy! Nancy!” as they converged on House Speaker Nancy Pelosi’s office, searching for her.

These clips immediately harkened back the horrors of January 6, which can easily get lost amid the partisan bickering over the committee and its investigation. But underneath this probe, there was a violent and deadly attack, that injured more than 140 police officers and lead to several deaths. The visceral footage served as a frightening reminder of a dark day in US history.

The committee revealed testimony from Trump White House officials who said the former President did not want the US Capitol attack to stop, angrily resisted his own advisers who were urging him to call off the rioters and thought his own vice president “deserved” to be hanged.

It also offers a new window into Trump’s demeanor during the riot – something the committee has repeatedly suggested would be a key part of their public hearings.

Vice chair Liz Cheney described testimony from a witness who said Trump was aware of chants to “Hang Mike Pence” and seemed to approve of them.

“Aware of the rioters’ chants to ‘hang Mike Pence,’ the President responded with this sentiment: [quote] ‘Maybe our supporters have the right idea.’ Mike Pence [quote] ‘deserves’ it,” she said.

Cheney has previously characterized Trump’s inaction on January 6 during those 187 minutes as a “dereliction of duty.”

The committee introduced the American public to two of the most militant far-right extremist groups in the country, which were present on January 6: The Proud Boys and Oath Keepers.

These groups were at the vanguard of the riot. They were among the first to breach the building, and are accused of planning violence. Documentary filmmaker Nick Quested, who testified on Thursday, said he was with the Proud Boys when they converged on the Capitol before Trump’s speech at the Ellipse, showing that they weren’t interested in the rally and were eyeing the Capitol.

Thompson and Cheney sought to link Trump directly to these extremists, including his comment during a September 2020 debate that the Proud Boys should “stand back and stand by.” They showed new testimony from Proud Boys leaders about how they viewed that as a call to arms.

Federal prosecutors at the Justice Department have charged 17 members of these groups with seditious conspiracy – an extremely serious allegation that the committee highlighted Thursday.

US Capitol Police officer Caroline Edwards was the first witness who testified, becoming the face of the violence against law enforcement that day.

The committee said that Edwards was the first officer injured by the rioters. She described her pride in her job to “protect America’s symbol of democracy” – and the vicious public scrutiny she endured after she was knocked unconscious and suffered a traumatic brain injury during the attack.

“I was called a lot of things on January 6, 2021 and the days thereafter,” said Edwards. “I was called Nancy Pelosi’s dog, called incompetent, called a hero and a villain. I was called a traitor to my country, my home, and my Constitution. In actuality, I was none of those things.”

“I was an American standing face to face with other Americans asking myself how many time – many, many times – how we had gotten here. I had been called names before, but never had my patriotism or duty been called into question,” added Edwards.

Edwards called herself “the proud granddaughter” of a Marine veteran who fought in the Korean War.

The committee’s first hearing was bolstered with never-before-seen video clips showing members of Trump’s White House and campaign – as well as his daughter Ivanka Trump and son-in-law Jared Kushner – speaking about how they didn’t believe Trump’s claims that the election was stolen.

Ivanka Trump said that she respected Barr and “accepted what he was saying” about the election.

And the committee cited testimony from Trump campaign lawyer Alex Cannon, who testified he told Meadows by “mid-to-late November” that the campaign had come up empty trying to find widespread fraud in key states that Trump lost. Cannon said Meadows responded to his assessment by saying, “So there’s no there there.”

One of the new videos the committee unveiled showed staffers in House Republican Leader Kevin McCarthy’s office frantically rushing out after rioters had breached the Capitol.

The clip was notable because of McCarthy’s role on January 6 – and his opposition to the January 6 committee that he has shown ever since.

On January 6, McCarty had a heated phone call with Trump as the riot was ongoing. The January 6 committee has subpoenaed McCarthy seeking information about the call. And in the days immediately after the insurrection, McCarthy said Trump “bears responsibility” for the attack.

But soon after January 6, McCarthy cozied back up to Trump. He opposed the creation of a commission to investigate the January 6 attack and has repeatedly criticized the committee throughout the course of its investigation.

Thursday’s hearing showed how the committee – and Cheney, who was ousted last year from her GOP leadership position by McCarthy – are focused on the Republican leader.

In her opening statement Cheney said that leaders on Capitol Hill “begged the President” for help, including McCarthy. She said that McCarthy was “scared” and called multiple members of Trump’s family after being unable to persuade Trump himself.

The committee also showed new video from its interview with Chairman of the Joint Chiefs of Staff Mark Milley saying it Pence was the one who ordered National Guard troops to respond to the violence on January 6, but that he was told by the White House to say it was Trump.

“He was very animated, very direct, very firm to Secretary Miller. ‘Get the military down here, get the guard down here. Put down this situation, et cetera,’” he added, referring to Pence.

Milley also described his interactions with Trump chief of staff Mark Meadows that day, drawing a stark contrast between those conversations with Pence.

“He said: We have to kill the narrative that the vice president is making all the decisions. We need to establish the narrative, you know, that the President is still in charge and that things are steady or stable, or words to that effect,” Milley says in the video, referring to what Meadows told him. 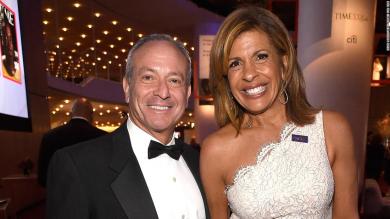 Hoda Kotb and Joel Schiffman Break Up After 8 Years Together 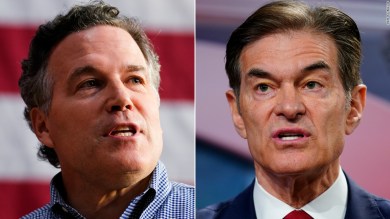 Primary election: High-stakes Pennsylvania GOP primary that could shape control of the Senate remains too close to call 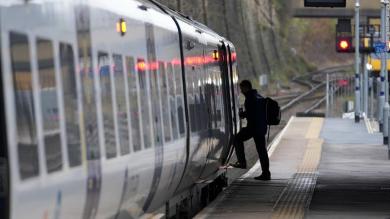 The ‘betrayal’ that could kill Britain’s railway romance 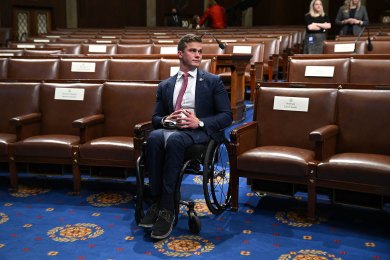