A draft Supreme Court opinion suggesting the conservative majority may be about to outlaw the constitutional right to an abortion hit like a political lightning bolt Monday night.

The draft opinion, obtained and authenticated by Politico, heralds what would be a massive victory for the conservative movement decades in the making. It set off immediate condemnation and calls for action from leading liberal and medical groups and Democratic leaders, as well as protests outside the Supreme Court building.

The bombshell concerns a draft majority opinion, written by conservative Justice Samuel Alito, that slammed the landmark 1973 Roe v. Wade decision enshrining the right to an abortion as wrongly decided. It was circulated in early February, according to Politico, but the final opinion isn’t expected to be published until late June. Votes and language can change before opinions are formally released.

CNN has not independently confirmed the document’s authenticity. A Supreme Court spokesperson declined to comment to CNN.

But if the high court follows through on such a decision in the coming weeks, it would engineer a massive shift in American life and law – and provide a startling sign of just how fundamentally the conservative majority, solidified by former President Donald Trump, will change society in the decades to come. It would potentially cast into doubt all kinds of precedents and past court rulings that have been regarded as settled law for years.

If the final decision is issued along the lines of Alito’s draft, millions of American women could have a fundamental right, which many have known all of their lives, taken away. But millions of people who believe that life begins at conception would celebrate such a ruling.

There will be weeks of debate about the legal reasoning and implications behind Alito’s draft opinion.

But in practice, such a ruling would seem likely to send the issue back to the states. That might mean abortion would be quickly banned by state legislatures in Republican-run states but remain legal in Democratic-run states. Such a scenario would further drive a schism between two halves of the country, which has been exacerbated by increasingly polarized politics in recent years.

The emergence of the draft is also stunning in itself. It represents a major and likely unprecedented breach in court confidentiality that is almost certain to worsen the politicization of the court, which has been dragged deeper into partisanship since it decided the 2000 election in favor of George W. Bush over then-Vice President Al Gore and has only accelerated ever since.

The draft also opened an unexpected new dimension to the midterm election campaign. The drama could stoke turnout in November for both parties.

For now, it validates the decision of social conservatives to stick with Trump after he vowed to nominate justices that would overturn the constitutional right to abortion despite reservations about his moral conduct.

And if the court issues such an opinion, it would mean the ex-President’s political legacy could endure potentially for decades.

There is a possibility, however, that a final ruling to overturn Roe v. Wade – rather than a slower process of outlawing abortion with a more incremental set of decisions over time – could galvanize Democratic turnout, especially from women, in an election in which the party was girding for heavy losses.

A CNN poll conducted by SSRS in January showed, for instance, that 69% of Americans opposed overturning Roe while 30% supported such a move.

That would still give the conservatives a 5-4 majority on the issue.

Roberts is willing, however, to uphold the Mississippi law that would ban abortion at 15 weeks of pregnancy, CNN has learned. Under current law, government cannot interfere with a woman’s choice to terminate a pregnancy before about 23 weeks, when a fetus could live outside the womb.

Democrats were quick to react to the Politico report, with many senators, or would-be senators, zeroing in on the filibuster.

In order to try to protect the right to an abortion legislatively, Vermont Sen. Bernie Sanders called on Democratic leaders to eliminate the requirement for major legislation to achieve a super majority of 60 votes to pass. “Congress must pass legislation that codifies Roe v. Wade as the law of the land in this country NOW,” Sanders wrote, calling for the ending of the filibuster if needed.

But the limitations of the 50-50 majority in the Senate mean that it is unlikely the party could pass such legislation on a simple majority. That’s because moderate Democratic Sen. Joe Manchin of West Virginia opposes abortion rights. And Kyrsten Sinema, the Democratic senator from Arizona, who has been a roadblock on other administration priorities, opposes changing the filibuster rules.

The Politico report set off an immediate political firestorm. “This is a five alarm fire,” said Washington Sen. Patty Murray, who is part of the Democratic leadership.

“In a matter of days or weeks, the horrifying reality is that we could live in a country without Roe. If this is true, women will be forced to remain pregnant no matter their personal circumstances. Extreme politicians will control patients’ most personal decisions. And extreme Republicans will have eliminated a fundamental right an entire generation of women have known their whole lives,” she continued.

Rep. Gregory Meeks, a Democrat from New York, told CNN’s Don Lemon that the ruling, if issued in line with the draft, would be a “game changer for America.”

“It’s a game changer for women and women’s rights,” he said.

There was also swift reaction from the American Civil Liberties Union, whose executive director Anthony Romero warned that such a decision would “deprive half the nation of a fundamental, constitutional right that has been enjoyed by millions of women” for decades.

Any decision by the court to send the issue of abortion back to the states would put immediate pressure on governors and legislatures on both sides of the aisle.

California Democratic Gov. Gavin Newsom issued a statement Monday night calling the draft opinion an “appalling attack on the rights of women across this country and if it stands, it will destroy lives and put countless women in danger.”

“If this report is true and Roe v. Wade is overturned, I will immediately call for a special session to save lives and guarantee that every unborn child has a right to life in South Dakota,” Noem tweeted.

And there was already a sense of triumph evident in conservative circles about the Politico report.

GOP Rep. Lisa McClain of Michigan tweeted that she is praying that “the Supreme Court makes it official and formally overturns this attack on the unborn.”

“Because of Donald J. Trump, Roe v. Wade will be overturned,” Cawthorn tweeted. Rep. Marjorie Taylor Greene of Georgia, a hardline Trump backer, called the draft opinion “the most significant and glorious news of our lifetime.”

Outside the Court itself, meanwhile, the chants underscored the division on the issue. 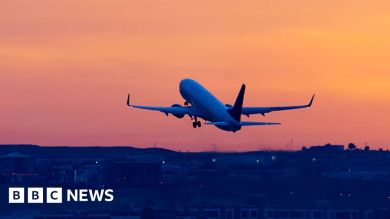 Travel firms confident they can bounce back in 2022 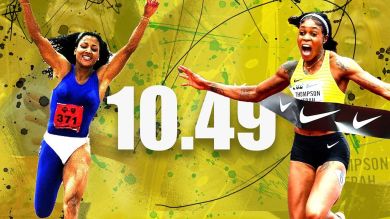 Will the women’s 100m world record finally be broken? 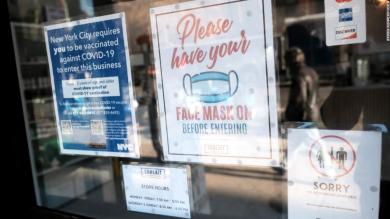 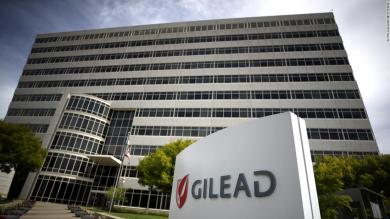