A version of this story appeared in CNN’s What Matters newsletter. To get it in your inbox, sign up for free here.

There’s something ringing in Joe Biden’s ears that no president ever, ever wants to hear: special counsel.

These are the independent lawyers appointed, usually by attorneys general, to look, without conflict of interest, into actions involving the president or his administration. While you might have forgotten their names, you’re familiar with their work.

Other investigations include inquiries into the George W. Bush administration’s leak of the identity of an undercover CIA agent whose husband questioned intelligence about Iraq, the government’s ultimately deadly siege of the Branch Davidian compound and Jimmy Carter’s peanut business.

Note that I’m including special counsels, special prosecutors, independent counsels and independent prosecutors here. A law that authorized independent prosecutors or independent counsels, who had more autonomy from the Department of Justice, lapsed in 1999 after high profile and expensive inquiries during the Reagan and George H.W. Bush administrations into the Iran-Contra affair and during the Clinton administration into Whitewater. In the years since, the Department of Justice has adopted regulations to enable to the attorney general to call up a special counsel when needed.

Since Carter, only Barack Obama has emerged from the White House without having a special counsel or special prosecutor look at his administration. See lists of these investigations compiled by the A-Mark Foundation and The Washington Post.

Now, there are two special counsels at the same time. One, Jack Smith, is looking into the multiple investigations involving former President Donald Trump, ranging from his effort to overturn the 2020 election to his handling of classified data and stonewalling that led the FBI to search Mar-a-Lago last summer.

The other, appointed this week, is Robert Hur, who will assess what should happen as a result of classified documents being found both in a Washington, DC, office used by Biden following his vice presidency, and locked up in the garage at his Wilmington, Delaware, home, where he also keeps his Corvette.

Both Biden and Trump’s teams have denied wrongdoing.

All of Hur’s previous appointments to official positions have come during Republican administrations, including his appointment to be US attorney in Maryland by former President Donald Trump. He served as law clerk for federal judges appointed by former President Ronald Reagan, including the late Supreme Court Chief Justice William Rehnquist. He once held a top position as an assistant to current FBI Director Christopher Wray, also a Trump appointee, but one who has been criticized by Trump. As US attorney in Maryland, he oversaw a corruption case where Baltimore’s former Democratic mayor was sentenced to prison for three years following a children’s book scandal.

Smith, who is coordinating Trump investigations, worked at the Justice Department during the Obama administration. While at the public integrity unit of the Justice Department, Smith was involved in the decision to prosecute former Virginia Gov. Bob McDonnell, a Republican who was convicted of corruption, although the Supreme Court later vacated the conviction. He was also involved in the failed prosecution of former Sen. John Edwards, a Democrat.

The two special prosecutors can expect very different treatment by the subjects of their investigations.

Biden’s White House has promised to cooperate with Hur; Trump has already written off Smith.

“The Special ‘Prosecutor’ assigned to the ‘get Trump case,’ Jack Smith(?), is a Trump Hating THUG whose wife is a serial and open Trump Hater, whose friends & other family members are even worse,” Trump said in the opening of a screed on his social media platform Thursday.

There are some important distinctions in terms of what kind of power a special counsel has. Between 1978 and 1999, as part of an ethics in government law, the attorney general could ask a three-judge panel to appoint an independent prosecutor with near total authority to bring charges. Read more from the Congressional Research Service.

More recently, attorneys general have appointed special counsels, who have some autonomy, but still ultimately report to the attorney general. That chain of command was abundantly clear when Trump’s attorney general William Barr slow-walked the release of special counsel Robert Mueller’s report on the Russia investigation in a way that seemed beneficial to Trump.

Thus, it’s Merrick Garland, or his successors, who will ultimately decide what to do with the findings by Smith and Hur.

While the White House said it will cooperate with the special counsel, the fact is that it is developing a credibility gap on this issue.

Biden’s lawyers found classified documents in Biden’s office in November and in his home in December. But when the administration first publicly addressed the findings this month, they didn’t mention the documents found in the home.

“Not only did this make it look like Biden had something to hide, it set up the kind of drip, drip of disclosures guaranteed to supercharge a Washington scandal,” CNN’s Stephen Collinson wrote Friday.

The White House, however, has pushed back on that perception, arguing the discoveries of all classified documents were ultimately disclosed.

CNN’s White House team published a deep dive report looking at the final days of Biden’s vice presidency in early 2017, the period that appears to have resulted in these classified documents ending up at his home, locked up next to his Corvette, as Biden said Thursday, and at the Penn Biden Center.

The discovery that set off this scandal was made by a Biden attorney looking into “a manilla folder marked ‘VP personal,’” according to one person in the report.

CNN’s reporting, based on that source, is that there are 10 classified documents, including US intelligence memorandums and briefing materials that covered topics including Ukraine, Iran and the United Kingdom. There is also a memo from Biden to Obama and briefing memos meant to prepare Biden for one phone call with the prime minister of Britain and another with Donald Tusk, in his capacity as president of the European Council.

While there are two probes, each with a special counsel appointed to look into the leaders’ handling of classified material, it’s important not to conflate them. The larger issue for Trump is that he fought giving documents to the National Archives as required by law and may have obstructed attempts by the government to retrieve them.

“Based on what we know now, Biden is unlikely ever to face charges, whereas Trump is at high risk because of his obstructive conduct and other factors absent from the Biden case,” Norm Eisen, the ethics lawyer who helped Democrats during Trump’s first impeachment, writes for CNN Opinion. “The cases have special counsels and classified documents in common — but little else.”

Earlier in the Trump classified documents saga in 2022 I talked to the government transparency activist Thomas Blanton at National Security Archive about how the US government classifies way too much material.

The Biden classified documents saga could help prove his points. He told me there are clearly things related to intelligence sources or nuclear weapons that need to be kept secret. However…

“The constant struggle is to push against the bureaucratic imperatives that cause ‘secure-a-crats’ to cover their rears for the most part with classified documents, but ensuring that the real secrets that will get people killed get really protected.” 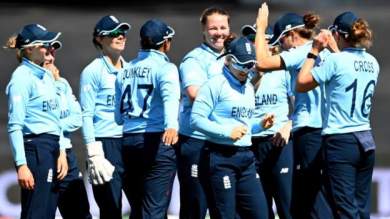 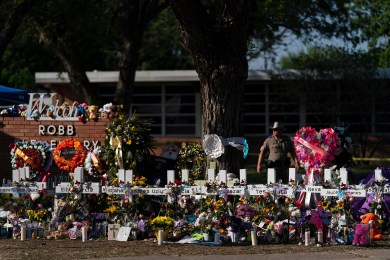 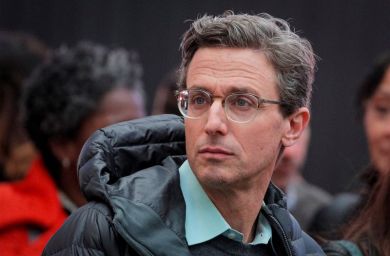 BuzzFeed’s CEO says AI could usher in a ‘new model for digital media,’ but warns against a ‘dystopian’ path 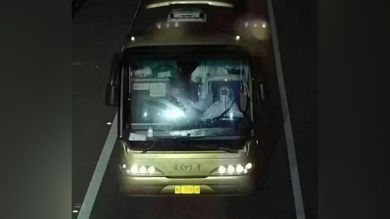