Every time Sol Bamba steps on a pitch these days, he is winning.

Granted, it still hurts if his Middlesbrough side loses a game. He is a professional footballer after all, and this is his livelihood, his passion.

But, having overcome non-Hodgkin lymphoma to continue his career in the Championship at the age of 36, the simple fact he is out there is enough.

“I’m someone just moving forward all the time and thinking ahead,” Bamba told BBC Tees Sport.

“I don’t dwell on the past. Sometimes I think about what I’ve done or doing as in training and playing games.

“It’s crazy, I can’t even put it into words. A couple of months ago, after chemo I remember feeling so low and bad I never thought I could have come back and played football again.

“It’s just pure joy when I play and I realise how lucky I am.”

‘You don’t want to hear that at any time’

Before there was joy for the Paris-born centre-half, there was the despair of the diagnosis in late 2020.

As a footballer, Bamba was still conditioned even in his twilight years; he had nurtured his body through 15-years of the professional game, from early days at Paris St-Germain through a myriad of clubs including Hibernian, Leicester, Palermo and Leeds, played internationally for Ivory Coast, and was still on the books at Cardiff.

So to be told he had a serious illness was tough to take, and the timing could not have been worse.

“I had a pain for a couple of weeks beforehand and I went to the doctor and they did the scans and on Christmas Eve that’s when they said I had it,” Bamba continued.

“You don’t want to hear that at any time but especially not at the festive period. What we decided to do was not tell the family because we wanted everyone to have a good Christmas.

“We kept it to my wife and me and we didn’t even tell the kids or anything.”

Processing news and relaying the message

While Bamba and his wife Chloe did their best to make Christmas “normal” for their kids, just taking the news in was something that took time to process.

Doctors told him it was was not down to anything he had done personally, which helped mentally, but with his mum based in France and with his young children still to be told, relaying the news was difficult.

“It was hard for her [mum] not being here and that’s what she said,” Bamba continued. “She was crying on the phone.

“There was Covid about as well so it was very difficult. For me, the worst one was the kids because when you tell the girls you’ve got that, for them cancer is associated with death, so when your kids ask you if you’re going to die, that was hard.

“I have to say, that was the hardest part for me to deal with. I remember having conversations with the doctor and she said: ‘Just tell them the truth because you can’t lie to kids, we’re sure you’re going to be okay but if something were to happen you don’t want to be lying to your kids’.”

Taking on the cancer

The hardest bit once the treatment started was the physical decline. Bamba went from mixing it with centre forwards in the cut-and-thrust of elite-level football, to scarcely leaving his bed as the drugs got to work.

“For four days straight, I didn’t get up or go to the toilet, nothing,” he continued. “After four days my missus said it’d been four days, I couldn’t believe it. I was just gone. Tired, I couldn’t get out of bed.

“I didn’t eat, I lost a load of weight. I was doing this every few weeks and after the first one I said I wasn’t going to go because I don’t want to be like that again.”

The strength of wife Chloe persuaded Bamba to continue, and as his body became more used to the treatment, each session got easier.

“People see me and I talk about it comfortably and I smile and that, but it was hard,” he said. “There’s no two ways about it. I’m no superhuman, it was difficult. And it’s important to talk about it.

“If you’ve got good support and if you’re strong mentally then you can overcome it. It was difficult for me to talk about it because everyone is different.

“I can have no problem with it or beat it easily, if I can use that word, whereas other people might suffer. It doesn’t mean people don’t fight and I’m fighting more then them. Everyone is different and deals with the treatment differently.”

‘I read every single message’

Having come out of the other side to make his footballing return, and having reunited with former Cardiff boss Neil Warnock at Middlesbrough earlier this season, there is a different outlook on life.

Bamba is determined to savour every moment, be with his family, enjoy experiences.

And, he is also grateful to the support he received from across the football community in his darkest moments.

“First and foremost, the support from my team-mates at Cardiff at the time as well as the whole football world really was huge,” Bamba added. “I think people underestimate just sending me a message through the post or social media.

“I don’t think I’m lying when I said I read every single one of them. That gave me the strength and the confidence to overcome this.”

Cardiff, in particular, wore T-shirts with Bamba’s name and number 22 on them at their Championship fixture with Norwich City last season.

“It was very important for me to have all the support and to see them training with those T-shirts. It was huge because from afar it seemed everyone cared for me and wanted to support me which was a big plus,” said Bamba.

“I was shocked and overwhelmed. I just play football the best I can, I keep myself to myself, I don’t ask for any trouble and I got messages from everyone.

“I’m shy and all those messages made me feel bad but it was much appreciated.”

From tackling cancer to tackling the Championship’s strikers. Every step he takes, Bamba is still winning. 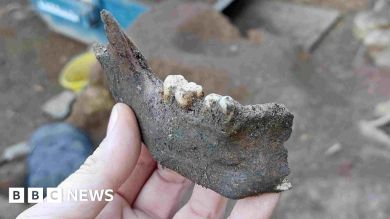 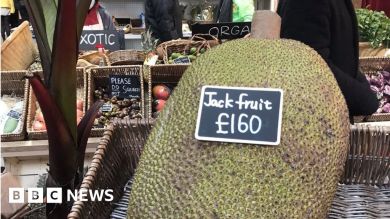 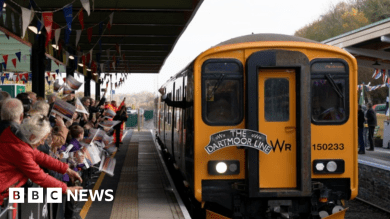 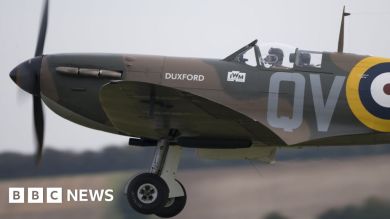