Ukrainian forces are suffering heavy losses amid intense fighting in the east of the country, while Western leaders have promised to answer the country’s call for more heavy weapons.

Here’s the latest on the Russian invasion:

Situation in eastern Ukraine worsening: The Ukrainian military’s defense in the eastern region of Luhansk is growing more difficult, the head of Luhansk’s military administration said Wednesday morning. “It is getting harder, but our military is holding back the enemy from three directions at once,” Serhiy Hayday said via Telegram.

Conflict at pivotal point: Western intelligence and military officials believe Russia’s war in Ukraine is in a critical stage that could determine the long-term outcome of the conflict, according to multiple sources familiar with US and other Western intelligence. Ukraine’s military is burning through Soviet-era ammunition that fits older systems as the country pleads with the West to send more heavy weaponry and Russia amasses a significant artillery advantage around two strategically important cities in eastern Ukraine.

Ukraine suffering “painful” losses: Fierce fighting continues in Severodonetsk and the Kharkiv region, Ukrainian President Volodymyr Zelensky said during a video address on Tuesday. In Severodonetsk “the losses, unfortunately, are painful,” Zelensky said. “But we have to hold on.” He went on to say how it is vital for the Ukrainian military to stay in Donbas.

NATO promises more weapons: NATO Secretary-General Jens Stoltenberg said Wednesday the alliance will continue to support Ukraine, supplying them with a military support package that would help the Ukrainian army transition from Soviet-era artillery to more modern weapons. “We are extremely focused on stepping up, providing more support, more advanced weapons … because we support them in their just fight against the brutal Russian invasion,” Stoltenberg said in Brussels ahead of a meeting of NATO defense ministers.

Macron predicts negotiations with Russia: “It is the reality of things” that Ukraine and Europe “will have to negotiate” with Russia over the Ukrainian war at some point, French President Emmanuel Macron said Wednesday. “The only desirable end to the conflict is either a Ukrainian military victory or talks at some point because fighting has stopped, so at some point we must talk,” he said while visiting French troops in eastern Romania.

Pope Francis keeps attention on Ukraine: The Pontiff made an appeal for people not to forget about the Ukraine war as the conflict rages on. “Let’s not get used to living as if war were a distant thing,” he said.

Russian plan to reopen bombed Mariupol theater: Russia is planning to reopen Mariupol’s Drama Theater this fall — the location where hundreds of people are believed to have died after a Russian bombing on March 16 — according to an adviser to the Ukrainian mayor of the city. “Dances on the bones, a performance at the cemetery,” he said. “There is no such depth of the inhumanity bottom that the occupiers have not hit.” 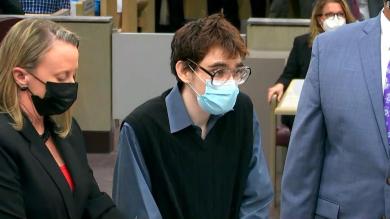 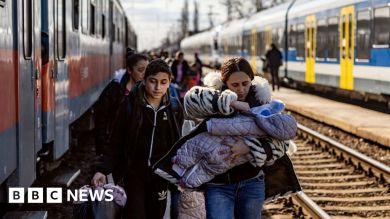 Ukraine's refugees: How many are there and where might they go? 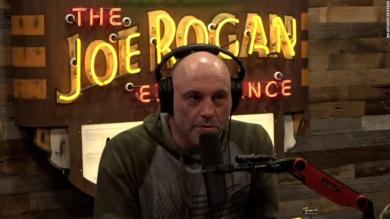 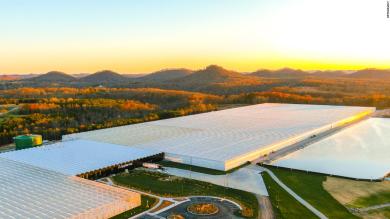 Is the biggest greenhouse in the US the future of farming?