And his coach Tom Coyd wants the public to get involved in building its legacy.

Leeds Rhinos player Halliwell’s late try before 4,526 fans – a record crowd for the sport – sealed a 28-24 win over France in the final in Manchester.

“This is just the beginning for wheelchair rugby league,” said the 23-year-old.

“It is amazing and I am grateful and happy to be a part of it and I can’t wait to see it grow into what it can be.

“Lifting the trophy is probably the best feeling in the world. I’ve been working so hard for for the past five years and it is so good knowing the hard work has paid off.

“This tournament has been ground-breaking and shows what rugby league is all about.”

Halliwell led by example for Coyd’s side with a try in each half as England were made work hard at both ends of the court against the world’s number one-ranked team.

And an emotional Coyd afterwards said the public had a key role to play in building on the victory.

He said: “Wheelchair rugby league is going to explode, so get down to your nearest club.

“Get in a chair – disabled, non-disabled, male, female – just come down, play this game, and this could be you in a few years.”

Throughout the tournament, England’s focus has been on results but also raising the profile of the sport and creating a legacy – and the squad has delivered on all counts, with record crowds and unprecedented media interest.

“We will enjoy tonight,” said Coyd. “The players have earned it. They have put their lives on hold, taken time off work and they have got what they deserved.

“We talked about it at the start of the tournament and the aim was to win five games – and as a by-product of that, to continue the legacy created before this tournament.

“We want to show as many people as we can how good this game is.

“But going forward, I want to see a regular competitive Wheelchair Super League in Britain and up to 10 new clubs over the next couple of years – some, not all, linked to Super League clubs.

“I also want to see more coaches, because some clubs are player-coach led, and have the sport as a mainstream obsession rather than a rugby league cult – and we are getting there.”

Crowds of more than 3,000 watched the pool games at the Copper Box Arena in London, and those numbers were built on for a pulsating final.

“The first wheelchair rugby league game in this country was played in a car park, and it wasn’t that long ago. And now we’ve won the World Cup in front of 4,500 people, and everyone watching at home.

“The stage we’ve put this sport on… it’s just a massive thank you to every who has made this possible, because this is such a huge moment.”

Former England captain Martin Norris, who led his country to their previous World Cup triumph in 2008, added that new players were needed to “keep the legacy going”.

He suggested that was crucial to maintain momentum into the next World Cup, in France in 2025.

“I want these people who have watched to get in touch with their local club. We need volunteers, we need coaches, we need new players,” he told BBC Sport.

“Get involved. Anybody can play this sport. And if there isn’t a club, make one. The RFL will back you. Get in touch with them. Just get it off the ground and let’s keep this legacy going.

“What I want to make sure we don’t do is forget about it for three years and then we’re back here having the same conversation.

“We’ll keep banging the drum, we’ll keep pushing it forward, and we’ll make sure we have double the number of teams by the time we play the first game in France.” 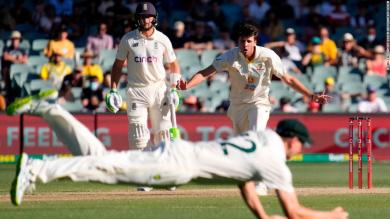 The Ashes: Australia beat England by 275 runs in Adelaide test 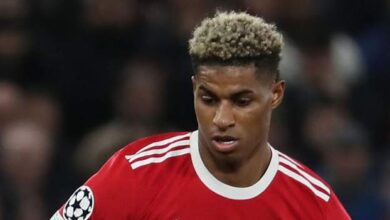 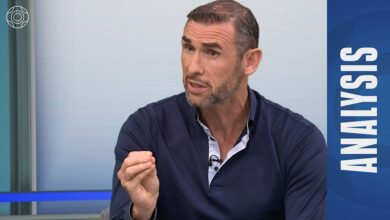