Acevedo, the first Latino to lead the police department in Houston, was dubbed by Miami’s mayor as the “Tom Brady or the Michael Jordan of police chiefs,” when he was hired.

He has propelled himself to the national stage as a police leader who has been highly vocal in discussions about police reform and public safety, calling for national standards on the use of force by police and marching with protesters after George Floyd was killed by officers in Minneapolis.

In his memo last month, Acevedo wrote: “If I or MPD give in to the improper actions described herein, as a Cuban immigrant, I and my family might as well have remained in communist Cuba, because Miami and MPD would be no better than the repressive regime and the police state we left behind.”

During the meetings earlier this month, commissioners dissected Acevedo’s background, focusing on his time in Houston, and criticized the way Acevedo was hired by saying it didn’t follow typical protocol.

An NBC 6 investigation found that Acevedo did not officially apply for the role of chief; however, the mayor recommended Acevedo for the position while he was in Houston and the city manager hired him. He was selected over more than 50 applicants and eight finalists, including five internal candidates who went through a selection process.
According to NBC 6, Suarez previously defended the chief’s hiring, saying, “it was a wonderful recruiting job by our manager to get essentially what is America’s police chief here to Miami.”

Since, several controversial moves by Acevedo have strained his relationship with the city over the past six months, said Alexis Piquero, the chair of the department of sociology and criminology at the University of Miami.

Acevedo faced backlash from his own police force when he fired two high-ranking officers and demoted a high-ranking Black Miami female police officer earlier this year and then appeared to support a Covid-19 vaccination mandate for officers. But the tipping point, according to Piquero, was when Acevedo told officers during roll call in August that the “Cuban Mafia runs the Miami Police Department.”
Acevedo later apologized, saying his comment was intended to “highlight the importance of diversity within our own ranks and to lighten our discussion,” but added that he has since learned it was “highly offensive to the exile Cuban community, of which I am a proud member.”

When contacted by CNN for comment on the meetings and allegations, Acevedo said he has been “ordered by the city not to discuss these matters.”

City Manager Noriega asked Acevedo to submit a plan to change issues within the police department, and Acevedo laid out a 90-day action plan October 4 to improve the department in several areas, including boosting officer morale, mending his relationship with elected officials and a policing and management plan.

“While there have been bumps in the road, I have hit the reset button and look forward to working diligently to accomplish my given mission of building on the successes of my predecessors,” Acevedo wrote in the plan.

Under Miami’s city charter, the commission is a legislative body that does not have the power to give direction to the police department and cannot hire or fire a police chief. But the police chief reports directly to the city manager, who is hired by the commission and has the ability to terminate the manager’s contract.

“Enough pressure can be applied on the city manager to do something with the police chief, whether that means to discipline them or sanction them, or otherwise have the two part ways,” said Richard Rivera, a former policing policy analyst with the city who was a member of a police oversight panel.

The commissioners can also exercise “a lot of control and authority” because they can amend the city budget at any time, potentially upending the chief’s plans for a particular unit or hiring a number of officers, Rivera said.

“It behooves a police executive to work in conjunction with the commissioners,” he added.

While Acevedo’s future in the department is uncertain, he faces one of three options in the coming weeks: Acevedo can commit to repairing his relationship with the commissioners, he can decide the relationship is untenable and choose to resign, or the city can decide to fire him, according to City Commissioner Ken Russell, who said he supported Acevedo’s hiring but now is on the “side of process” to get the city’s leadership back on stable ground.

“My hope is that the chief and the city manager work this out but particularly quickly because instability within a police department is not good for a city of our size,” Russell told CNN.

“The meetings shouldn’t have happened in the first place,” Russell said. “An open-ended discussion on what should be a carefully investigated accusation can only put the city at exposure.”

“What happens when you don’t have leadership that has the support of management and the elected body is that it undermines their ability to manage a police force,” Russell said. “When you’ve got a chief whose primary objective is reform, transparency and accountability, you need them to have the backing of those they work with. So, it’s very important that we’re a cohesive body.”

The most plausible scenario, Piquero said, is that the discussions continue to play out over the next few weeks, and Acevedo stays in office. It’s unlikely that Acevedo will resign, he said, as his memo highlights his “sworn duty…to uphold the rule of law” and work for the “wellbeing of the men and women of the MPD” as well as the city. It’s also unlikely that he will be fired due to his short tenure as chief, which typically lasts three to six years, and because he was asked to write a plan.

“Noriega asked him to write a plan. You don’t ask that and fire him,” Piquero said, adding that “it would look bad for everybody,” 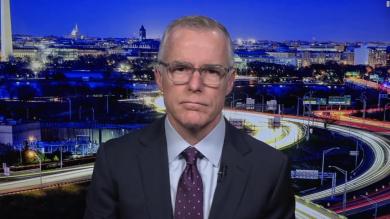 Andrew McCabe, fired by Trump, gets pension back 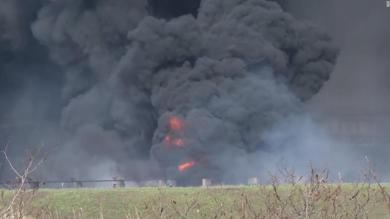 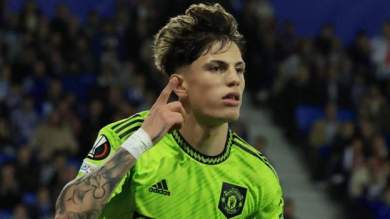