Images of Rafael Nadal making his way off the court with an injury have unfortunately become an all too familiar sight for tennis fans.

Nadal’s defense of his Australian Open title came to a premature end on Wednesday, as the 22-time grand slam champion was knocked out in the second round by American Mackenzie McDonald.

Nadal was struggling with what looked like a hip injury throughout the match and at one point in the second set pulled up sharply in considerable pain, before eventually needing treatment.

It’s a testament to Nadal’s remarkable tenacity and strength of will – characteristics that have come to define him and his incredible career – that he refused to withdraw from the match, instead choosing to limp on until the end.

Such is the Spaniard’s determination and apparent tolerance to pain, he somehow still made the match a tough contest for McDonald, who eventually won 6-4 6-4 7-5 in two hours and 32 minutes.

Cameras in the tunnel captured Nadal looking emotional as he trudged back to the locker room after the match, later saying defiantly that withdrawing was never on his mind.

“It’s better like this at the end. I lost, nothing to say, congratulate [my] opponent. That’s the sport at the same time – just try your best until the end.”

This new injury is the latest in a long list that have hampered Nadal throughout his career. With Father Time gradually catching up with the 36-year-old, Nadal’s injury woes have become more frequent over the past two years.

He won the first two grand slams of 2022 – the Australian Open and French Open – in stunning fashion and was playing some brilliant tennis at Wimbledon before an abdominal injury cut short his bid for a third straight major title.

Injuries to his knees, elbows, left foot and left wrist have been a constant hindrance to Nadal and his recent injury woes look to have impacted his level of performance on the tennis court, with the world No. 2 managing just one win from his previous six matches.

Former British tennis player Laura Robson, who won Junior Wimbledon aged just 14, had a promising career cut short by injuries and understands not only the physical toll they take, but also the mental fortitude needed to keep bouncing back.

“Probably for Rafa, the same as it was for me, it’s just that continuous feeling of you’re on the back foot, trying to do as much practice as possible but constantly dealing with issues in your body and not being able to train to the level you want to commit to,” Robson, now a tennis commentator, told CNN Sport’s Amanda Davies.

“He’s had a lot of stuff happen in the last 18 months or so, even last summer you go back to Wimbledon where he was playing some excellent tennis coming off an incredible run in Australia and in Paris [for the French Open] and he’s deep into a slam and the ab[dominal] gives way.

“Here we are again, six months later, and he’s dealing with another issue in that same area. It looked to me as though it was a bit of a hip flexor issue, but these things happen and unfortunately some people are more injury prone than others, it’s just about how you deal with it.

“He’s done an unbelievable job so far dealing with it in his career, so I have no doubt he’ll be back better than ever. He just needs a bit of time.”

Indeed, as Robson points out, Nadal managing to overcome so many injuries during his career only makes his all-time record of 22 grand slams all the more remarkable.

As is the case with any aging sports star, questions of retirement inevitably begin to swirl as form diminishes or injuries become more prevalent.

For his part, Nadal was sanguine after his second-round defeat and insisted the ‘R’ word was not on his mind.

For now, he insisted, his continuing love for the sport outweighs the desire the hang up his racket.

“It’s very simple: I like what I do,” Nadal told reporters, per ESPN. “I like playing tennis and I know it’s not forever. I like to feel myself competitive. I like to fight for the things that I have been fighting for almost half of my life.

While the injuries are no doubt frustrating – Nadal admitted he felt “destroyed mentally” after the latest setback – he has been here many times before and knows better than most what it takes to come back.

As his longtime friend and rival Roger Federer did in the twilight of his career, strategically picking and choosing which tournaments and grand slams to compete in may be an option to increase Nadal’s longevity.

The French Open, Nadal’s favorite tournament and a title he has won a staggering 14 times, is the next major on the tennis calendar and if he can shake off his recent injuries, the Spaniard is likely to still be the favorite to win that grand slam come the end of May.

Nadal has fielded questions on his retirement for some time now and did so again on Wednesday, but Robson believes stars like the 22-time grand slam champion should be allowed to broach the subject on their own terms and in their own time.

“I don’t like to speak about anyone’s retirement before they’re speaking about it themselves,” Robson said.

“He’s going to be the first one to bring it up and I think he deserves that. He’s given so much over the years to this sport and is still getting himself out there, still trying, still competing to the best of his abilities even when he’s not physically 100%.

“We’ve been through it so many times before with Andy [Murray], with Roger [Federer], with Venus and Serena [Williams] on the women’s side, trying to retire these legends before they’re ready to go. Ultimately, it’s up to him. When he feels right, it’s going to be right.

“I don’t think we need to speculate constantly about when that’s going to be. If today was the last day in Australia, who knows, and if it was, we’re lucky to have had him here again, and if not, fantastic, we’ll see him next year.” 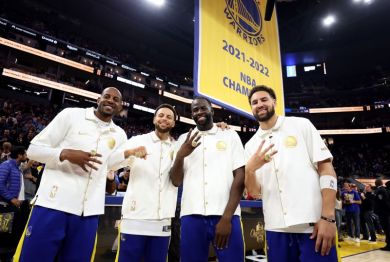 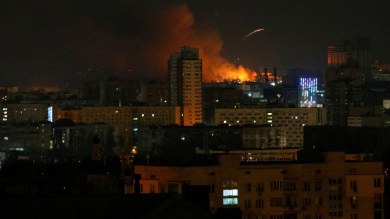 Inside the battle for Kyiv 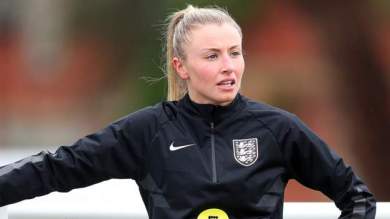 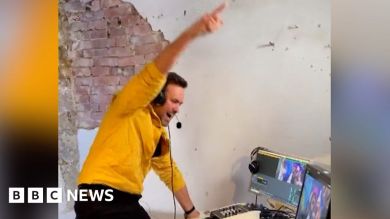