World Cup chief Hassan Al-Thawadi said that between 400 and 500 migrant workers have died as a result of work done on projects connected to the tournament – a greater figure than Qatari officials have cited previously.

In an interview with Piers Morgan which aired on TalkTV on Monday, Al-Thawadi was asked about the number of fatalities among migrant workers as a result of the work to prepare Qatar for the tournament.

Al-Thawadi said three had died in incidents directly connected with construction of the stadiums, and 37 deaths were attributed to other reasons.

Pressed by Morgan about number of deaths among migrant works in the wider efforts to get Qatar ready for the World Cup, he said: “The estimate is around 400, between 400 and 500.”

“I don’t have the exact number, that’s something that’s been discussed. One death is too many, it’s as simple as that.”

Al-Thawadi added: “I think every year the health and safety standards on the sites are improving, at least on our sites, the World Cup sites, the ones that we’re responsible for, most definitely.”

A spokesperson for Qatar’s Supreme Committee for Delivery & Legacy (SC) on Tuesday confirmed that there had been three work-related deaths during the construction of World Cup stadiums and 37 non-work-related deaths.

“Separate quotes regarding figures refer to national statistics covering the period of 2014-2020 for all work-related fatalities (414) nationwide in Qatar, covering all sectors and nationalities,” the spokesperson added in a statement.

CNN asked the committee to explain the apparent discrepancy between Al-Thawadi’s reference to migrant workers and its statement’s reference to “all nationalities” but it did not provide a response.

The Guardian reported last year that 6,500 South Asian migrant workers have died in Qatar since the country was awarded the World Cup in 2010, most of whom were involved in low-wage, dangerous labor, often undertaken in extreme heat.

The report did not connect all 6,500 deaths with World Cup infrastructure projects and has not been independently verified by CNN.

However, last year Al Thawadi – the man in charge of leading Qatar’s preparations – disputed that figure and told CNN’s Becky Anderson that the Guardian’s figure was a “sensational headline” which was misleading and that the report lacked context.

Meanwhile, a Qatari government official told CNN last month: “The 6,500 figure takes the number of all foreign worker deaths in the country over a 10-year period and attributes it to the World Cup.

“This is not true and neglects all other causes of death including illness, old age and traffic accidents. It also fails to recognize that only 20% of foreign workers in Qatar are employed on construction sites.”

According to Amnesty International, migrant workers account for 90% of Qatar’s total workforce.

Since Qatar was awarded the World Cup in 2010, many migrant workers have faced delayed or unpaid wages, forced labor, long hours in hot weather, employer intimidation, and an inability to leave their jobs because of the country’s sponsorship system, human rights organizations have found.

Gareth Southgate: Workers in Qatar are united in wanting World Cup to happen

Morgan questioned if the health and safety standards were good enough at the beginning of the project, to which Al-Thawadi responded: “I think overall the need for labor reform itself dictates that, yes, improvements have to happen.”

“The World Cup served as a vehicle, as an accelerator, as a catalyst because of the spotlight which we recognized early,” he added.

“It caused a lot of these initiatives not only in terms of improvement in the legislation, but in the enforcement of it as well.

“And that’s where today we got to a position where our most ardent of critics consider us today to be a benchmark in the region.”

Among the changes is the significant alteration of the Kafala system, which gives companies and private citizens control over migrant workers’ employment and immigration status.

Ahead of the World Cup, which began earlier this month and concludes on December 18, Qatar erected seven new stadiums, built new hotels, and expanded the country’s airport, rail networks and highways. 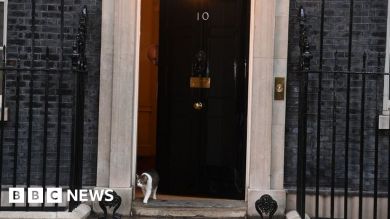 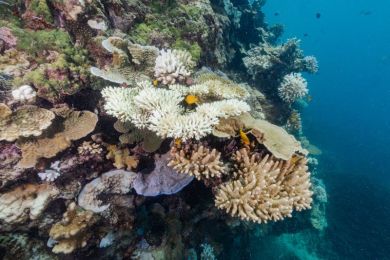 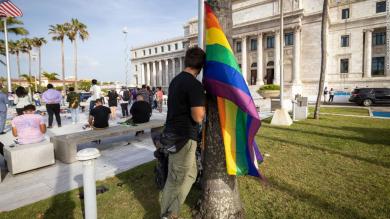 Opinion: What conversion therapy cost me