It was nearly 20 years ago when I coached my first professional football players, New England Patriots tight ends Benjamin Watson and Daniel Graham, through a yoga session. After it was over, they questioned why they struggled with seemingly simple movements and wondered how yoga could be so taxing yet so relaxing at the same time. What the athletes didn’t question, however, was how good they felt — less tense and more in control of their bodies — and that they wanted more of that feeling.

Yoga was a newer concept in football back then, but I wasn’t the only one cultivating its practice. Both the Philadelphia Eagles and New York Giants employed yoga instructors in some capacity, and other teams began to follow suit.

Now, it’s safe to say that yoga is firmly rooted in the NFL. Since my inaugural pro-football yoga session, I’ve had the privilege to use yoga-inspired training with hundreds of players and numerous teams including New York Giants safety Logan Ryan, New England Patriots wide receiver Nelson Agholor, and quarterback Deshaun Watson and the entire Houston Texans team.

Most teams throughout the league, including the Seattle Seahawks and New Orleans Saints, have their own yoga and meditation coaches on staff these days.

So, why has yoga — a modality associated with peace and tranquility — grown to be almost ubiquitous in a sport known for its roughness?

Who better to answer that question than a football player who practices yoga and is slated to play in this year’s Super Bowl?

Read on for insights from NFL pro bowler and yoga enthusiast Mike Daniels, defensive tackle for the Cincinnati Bengals, who will face the Los Angeles Rams in Super Bowl LVI.

This conversation has been edited and condensed for clarity.

CNN: As you’ve been preparing for the Super Bowl, how has yoga played a role?

Mike Daniels: I’ve been playing in the NFL for 10 years, so my training is always tailored to what I need at the time, which definitely incorporates yoga and flexibility training. With the assistance of my technique coach, we’ve been able to fully maximize my yoga training into my power training as well. As a pro, I find it extremely important to tap into different forms of exercise to help me be my best. … Yoga will always be a staple in helping me achieve greatness on the field.

CNN: At what point in your career did you start doing yoga?

Mike Daniels: I started doing yoga after my fourth season in the NFL. I was feeling really stiff, and one of my teammates said I needed to start practicing yoga. He passed along the instructor’s number and, after the first session, I immediately saw results. When I finished, it was like a body-awakening experience. I hadn’t felt that in tune to everything going on around me — ever. I said, “If this is how I’m going to feel after the first session — and we were only doing introductory stuff — I can only imagine how I’m going to feel after I get going.” I was excited in a way that I hadn’t been in a while.

CNN: When you say you were feeling really “stiff” before you started yoga, can you elaborate?

Daniels: My joints were sore, and I didn’t feel like I was getting the same bounce or spring in my step. When I would run or even get into my football stance, I didn’t feel centered. Everything just felt off.

CNN: How long have you been doing yoga now and how have you seen your body change over time?

Daniels: I started in 2016, doing hour-long sessions twice a week. I went from feeling like my joints hurt, not feeling springy, just feeling like I’m getting old, to being able to do a split. That’s the positive effect. Any of the little issues I’d felt before, yoga would knock them out. Whether it be tight hip flexors or my hamstrings feeling sore, yoga knocked those issues out of the park.

I feel so much better now than when I first started yoga. It’s like I’m regressing in age, which isn’t a bad thing in my job.

CNN: What are some yoga movements or positions that you feel translate directly to on-field performance?

Daniels: There are two of them that I do before practice and games. They’re all about activating my hips. There’s a video of one of them on my Instagram page. It’s like a deep lateral lunge where you stay low and move from side to side.

The other one is called a fire hydrant. On your hands and knees, you lift a leg with your knee bent and circle it back and then forward. You have to keep your knee high and your hip open.

When I get up from doing these, golly, I’m really explosive. I can get after the ball like the fastest guy out there even if I’m the oldest guy out there. Doing those movements, I have no hamstring, back or knee issues. I’m opened up and I feel awesome. It’s definitely injury preventative.

CNN: You’ve mentioned hips, hamstrings, back and knees. Are there any other areas of your body that you target with yoga to help you move and play better?

Daniels: Definitely ground-based power. Ankles and calves. My ankles have gotten so much stronger and my calves have gotten bigger. Generating power through my core, too. There’s definitely a lot of core stability stuff — and it’s not easy. But when you have to take on two offensive linemen at a grand total of 600 pounds plus, you need to have that core strength locked in.

And the upper body is important, too. I need my shoulders to open up, wrists to open up and my hands to be flexible. When you take an impact pushing through your hands, it starts at your hands but ends at your shoulder.

CNN: How has doing yoga impacted your overall strength and conditioning program? Has it changed what you’re doing in the weight room?

Daniels: It didn’t really change how I work out. But did it help? Absolutely! It helped tremendously. It’s about the smaller muscles that you don’t think about when you’re doing the bi’s and tri’s vanity workout, so to speak. It’s the muscle stabilizers. It gives you a different kind of strength. You may go up under the bench and move a lot more weight with a lot less effort and energy being used. It’s a game changer.

Yoga gives you core control and body awareness. That’s how you directly translate squatting 600 pounds to using it on the football field. You have a lot of guys who are extremely strong in the weight room but they’re not functionally strong. That’s what yoga gives you.

CNN: How much of your yoga practice is mentally focused?

Daniels: Every session has a mental aspect, whether it’s at the beginning or end or both. Sometimes I’ll only do a session focused on the mental part, centering. Players have to pay attention to what their body is telling them they need. If my body speaks to me, I hear it right away. When it talks, I listen. I can’t not listen because I’m so connected to it.

CNN: What would you tell other athletes who are on the fence about adding yoga to their training?

Daniels: I’d tell them that if they want to be the best they can be, play longer than their body originally would’ve let them, yoga is going to give you that edge and that extra two years. Yoga is going to make you way more flexible and way more efficient with your movements.

Dana Santas, known as the “Mobility Maker,” is a certified strength and conditioning specialist and mind-body coach in professional sports, and is the author of the book “Practical Solutions for Back Pain Relief.” 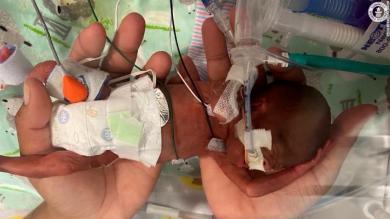 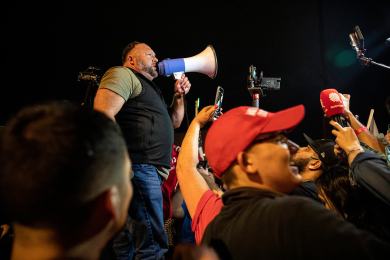 'In essence, we lied.' Ex-Alex Jones associates say Infowars has never been about truth 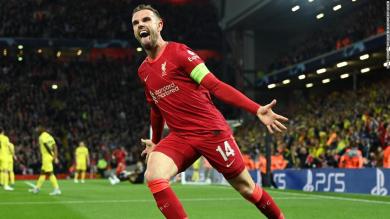 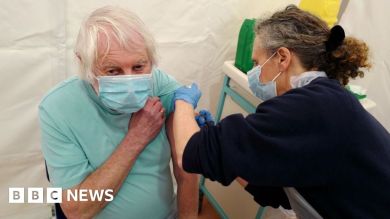 Coronavirus: Spring booster offered to elderly and vulnerable in Englan