The PGA Tour has suspended all of its members who are playing in this week’s Saudi-funded LIV Golf Invitational.

The tournament, being held at Centurion Club near London, is the most lucrative in the history of the game with a $25m (£20m) prize fund.

Six-time major winner Phil Mickelson is among the biggest names to be affected.

LIV Golf issued an immediate reply calling the PGA Tour “vindictive” and said this “deepens the divide between the Tour and its members”.

The statement added: “It’s troubling that the Tour, an organisation dedicated to creating opportunities for golfers to play the game, is the entity blocking golfers from playing.

“This certainly is not the last word on this topic. The era of free agency is beginning as we are proud to have a full field of players joining us in London, and beyond.”

The PGA Tour released its statement 30 minutes after play had begun at Centurion, where 48 players are competing in the first of eight planned LIV Golf invitational events.

Rory McIlroy and Justin Thomas, who are both playing at the PGA’s Canadian Open this week, welcomed the ruling from the PGA.

“They took that risk going into it, whether they thought it was a risk or not.

“I have great belief and great confidence in the PGA Tour and where we’re going and continuing to grow to, and those guys just aren’t going to be a part of it.”

Thomas added: “They’re obviously throwing so much money at people that it’s very hard to turn down.

“It doesn’t matter who you are or what it is, everything has a number. They’re reaching that number for some people and I hope that they don’t get others.

“But I think a very strong core group of us is very stable and firm in our position, and I hope that it stays that way.”

Northern Ireland’s McIlroy said: “I think it’s the right thing because these guys have broken rules and done things outside of the tournament regulations, and because of that there are going to be consequences, I guess.”

Speaking after playing on Thursday, Mickelson said: “As I said in my press conference yesterday, any PGA Tour matters I’m not going to discuss publicly.”

Former world number one Greg Norman is the chief executive of LIV Golf, which has £1.6bn of funding from Saudi Arabia’s Public Investment Fund.

The first seven events all have the same $25m prize fund, with the winner collecting $4m, while a team element will see the top three teams share $5m. The eighth event is a $50m team championship and will be played in October at Trump Doral in Miami.

The PGA Tour had refused requests for waivers from its members wanting to play in the new series and had threatened to ban those that rebelled.

This decision affects 17 players, including lifetime member Mickelson and his fellow American Dustin Johnson, who announced on Tuesday that he had resigned from the Tour. Mickelson did not deny that he had been given $200m to play in the series, while Johnson is reported to be getting $150m.

Crucially, the PGA Tour has closed a loophole that would potentially have allowed players who have resigned from the tour to play events via sponsors exemptions.

Sergio Garcia, Martin Kaymer, Graeme McDowell and Lee Westwood, have, like Johnson, already resigned and will all be affected by that ruling.

PGA Tour commissioner Jay Monahan said, in the statement that was issued to all members of the tour: “In accordance with the PGA Tour’s tournament regulations, the players competing this week without releases are suspended or otherwise no longer eligible to participate in PGA Tour tournament play, including the Presidents Cup.

“The same fate holds true for any other players who participate in future Saudi Golf League events in violation of our regulations.

“These players have made their choice for their own financial-based reasons.

“But they can’t demand the same PGA Tour membership benefits, considerations, opportunities and platform as you. That expectation disrespects you, our fans and our partners.”

The players will be removed from the FedEx Cup points list following the end of the Canadian Open on Sunday.

The European-based DP World Tour, when contacted by BBC Sport, declined to comment.

Australia's biggest city is starting to live with Covid. Other countries will be watching 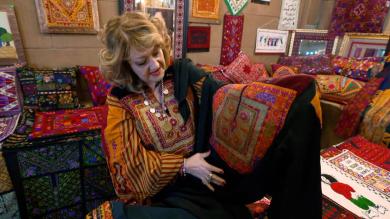 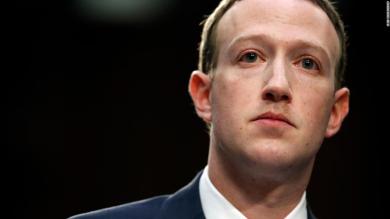 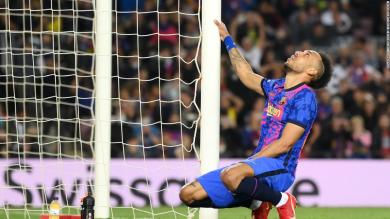