The 80-year-old had surgery to remove a tumour from his colon at the Albert Einstein Hospital in Sao Paulo.

The three-time World Cup winner has been having treatment at the hospital since 31 August after the tumour was detected in routine tests.

“I have already left the ICU and I am in my room,” he said in a post on Instagram thanking fans for support.

“I continue every day happier, with a lot of disposition to play 90 minutes, plus extra time. We will be together soon.”

In February 2020, Pele’s son, ex-Santos goalkeeper Edinho, said his father had become “embarrassed” to leave his house because he could not walk unaided.

His health has been a concern in recent years; he had prostate surgery in 2015 after he was admitted to hospital for the second time in six months, and he was admitted again for a urinary infection in 2019.

Pele is Brazil’s all-time leading scorer with 77 goals in 92 games and one of only four players to have scored in four World Cup tournaments.

Lionel Messi recently passed him as the leading South American men’s goalscorer in international matches with a hat-trick in Argentina’s World Cup qualifying win against Bolivia. 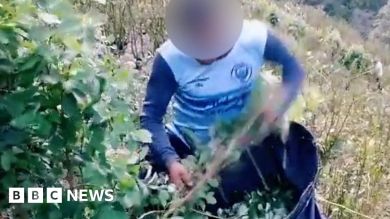 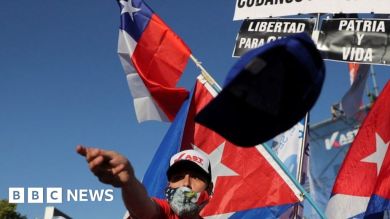 Chileans divided ahead of presidential run-off 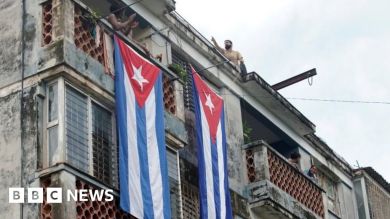 Cuba cracks down on dissent ahead of protest march 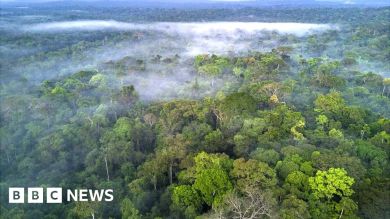 Facebook to act on illegal sale of Amazon rainforest