Editor’s Note: Ximena N. Beltran Quan Kiu is a communication specialist and writer based in Chicago. The views expressed here are hers. Read more opinion on CNN.

Last week, Shakira did to her ex, former soccer star Gerard Piqué, what every person who’s been mistreated and underappreciated by their partner wishes they could do. She knocked out his ego and in the process she reminded herself—and the world—what she’s capable of.

In 24 hours, “BZRP Music Session #53,” her latest single alongside Argentinian producer and DJ Bizarrap, racked up a record-breaking 63 million views on YouTube and 14.4 million streams on Spotify. The catchy pop ballad is a formidable addition to the canon of breakup songs, but it is more than a diss track about her former partner and father of her two children. By airing out her grievances in such a public forum, Shakira made an explosive and significant cultural statement by refusing to carry any shame associated with the end of their relationship.

But therein lies the rub. Not everyone agrees with her approach. The headlines around her smash single have taken on a sexist tone calling her behavior “petty,” and labeling the song a “revenge hit.” Users on social media are questioning whether Shakira broke an unwritten rule between women by dragging her ex’s new flame. Others are glad to watch the drama unfold while they judge her for airing out her dirty laundry.

We’ve heard the stigmatization of women owning their heartbreak before. Most notably with Taylor Swift. In a 2014 interview, Swift responded to criticism that she profits off of her exes.

“You’re going to have people who are going to say, ‘Oh, you know, like, she just writes songs about her ex-boyfriends,’” said the singer. “And I think frankly that’s a very sexist angle to take. No one says that about Ed Sheeran. No one says that about Bruno Mars. They’re all writing songs about their exes, their current girlfriends, their love life, and no one raises the red flag there.”

And she’s right. Just look at Bad Bunny. His Spanish-language album “Un Verano Sin Ti,” broke record after record and earned him the top spot for Billboard’s album of the year. The translated title means “A Summer Without You”—its heartbreak theme laid out right in the title and reiterated in the majority of its 23 songs. And yet online searches for the Puerto Rican singer, along with his album title, don’t immediately yield critiques around him monetizing his love life—they applaud his genius and creativity.

In a viral tweet posted the same day as the song’s release, user Melany Mora Murillo broke down all the subtle ways Shakira takes her intimate knowledge of Piqué and weaponizes it, leaving little doubt (if there was any) to whom she’s referring. Highlights from the thread include: pointing out how Bizarrap samples beats from “Me Enamoré,” (“I Fell in Love”), a 2017 song Shakira made about her then-relationship with Piqué and highlighting how Shakira times her lyrics to allude to numerology in their relationship. At the 2:22 mark she sings “I’m worth two times more than a 22-year-old,” not just a reference to Piqué’s younger reported girlfriend (now 23; he’ll be 36 next month) but the former couple’s shared birthday of February 2, 10 years apart. She also uses Piqué’s signature gesture of holding two fingers up with both hands.

To truly appreciate the heat behind the song, you must watch it paired alongside the video, where Shakira’s body language adds another layer of complexity. The camera focuses on her when she attacks her former flame, she takes up space and throws her body around, projecting confidence and power. It’s a far departure from “Monotonía,” released in October 2022. In Monotonía’s music video, she spends most of the time in tears, looking disheveled and singing “it wasn’t my fault, neither was it yours, monotony was to blame.”

And this is where we really see Shakira turn up the jets, saying (with a very pointed play on words on her ex’s last name to boot) “I understand it’s not my fault if you’re criticized, I only make music, sorry if I get you dirty.” Facetiously downplaying her impact by saying she “only makes music,” is the only time she takes a demure approach, appropriating gendered stereotypes of women as weak and soft to her advantage.

She lays her troubles at his feet and provides insight into what’s keeping her up at night—having his mother as a neighbor, the press hounding her not only about the break-up but also a tax evasion charge where if convicted, she faces an eight-year prison sentence and fine of close to $25 million (she has repeatedly denied the accusations against her). After running through the obstacles she faces after his departure, things that would be crushing under normal circumstances, she doubles down on her faith in herself and brings other betrayed women into the fold by belting out “Women no longer cry, women cash in.”

This song might have been made as an act of survival – she calls it “cathartic” and sings she has to “undrown” herself of her pain – but there’s no denying it is a money-maker and shows the world she’s still got it. She’s cashing in for sure. But by being so open about what she’s going through, she’s stepped into her power and is triumphing. She’s rejected societal expectations and pressures to behave in a certain way as a long-term relationship comes to an end. In the process she made the biggest Spanish language debut in Spotify’s history (quite a feat in the post-Bad Bunny “Un Verano Sin Ti” era).

As a woman whose former life partner is now her ex – a painful reminder of what happens when you accept less than you’re worth – Shakira is reminding others of a universal truth. There is no playbook for the worst moments in your life. There’s a very good chance you’ll be criticized by someone for whatever you do as you heal, so you might as well do whatever feels right to you. 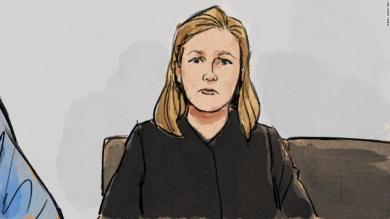 Kim Potter is on trial for Daunte Wright’s death 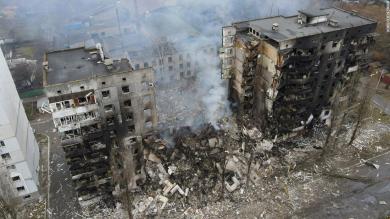 Russian forces are focused on encircling Kyiv, according to Ukraine’s Defense Ministry 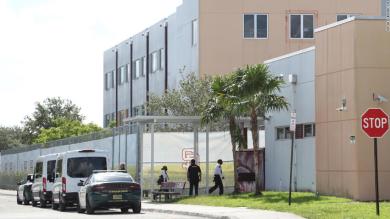 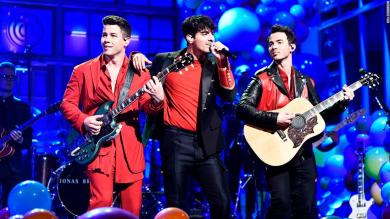 Jonas Brothers to be roasted In Netflix comedy special