Editor’s Note: Michael T. Bertrand is a professor of history at Tennessee State University. He is the author of “Race, Rock and Elvis.” The opinions expressed in this commentary are his own. View more opinion on CNN.

Lisa Marie Presley died unexpectedly last week at 54. Occurring so soon after the collapse of Damar Hamlin during “Monday Night Football,” it was a stark reminder of the fragility and precariousness of life.

From all accounts, Presley was a caring and compassionate mother, daughter and companion who experienced many highs and lows. For her immediate family, friends and fans, her passing instills a grief that is immeasurable.

Yet even for those who may not have followed her life and career closely, the news announcing the death of the singer and philanthropist was jarring; it produced a momentary emotional void that felt like a physical blow. The only child of Elvis Presley was gone.

The lone descendant of the father with whom she rode go-karts down the Graceland driveway and who once had flown her to Idaho from Memphis on a jet he christened the “Lisa Marie” because she had never seen snow would now return home a final time.

The last direct connection to the individual whose demise 45 years earlier then-President Jimmy Carter had lamented as depriving “our country of a part of itself” was broken.

There is little doubt that Lisa Marie Presley lived in the shadow of her famous father. It appears that at times his legacy bestowed on her an awesome burden.

In different ways, too, his shadow has continued to loom over the country of his birth. Exactly what “part of itself” did Elvis Presley represent?

That is a tough question, one over which countless barrels of ink have been spilled. One story emanating from the elder Presley’s funeral vigil may prove enlightening. Ironically, it involves the daughter of another acclaimed father.

On August 17, 1977, the day after Elvis died, Caroline Kennedy stood outside the Graceland gates amid thousands of Presley mourners. She made her way to the gatehouse, where someone recognized her and escorted her to the house.

Once inside, family members welcomed her, assuming that she was on a formal visit representing one prominent American family paying respects to the fallen and celebrated member of another.

To those who recognized the 19-year-old daughter of John F. Kennedy, her appearance struck a responsive chord. Some 17 years earlier, political journalist Theodore White had likened her father’s ability to affect female followers as a presidential candidate at campaign stops to Elvis’ contemporaneous impact on concertgoers.

The same generation of women was now in front of Graceland, and the sight of “little Caroline” may have reminded these fans that the sadness they felt that day was similar to the grief they had experienced upon hearing of Kennedy’s 1963 assassination.

Others surely wondered why such tragedies associated with premature death seem to haunt both families. (While the Kennedy losses likely are more well-known, Lisa Marie Presley’s passing is a reminder that both her father and grandmother — Elvis’ mother, Gladys — died of heart failure at young ages, 42 and 46, respectively. Elvis’ twin brother was stillborn. Lisa Marie Presley’s 27-year-old son, Benjamin Keough, took his own life in 2020.)

For the younger Kennedy, on summer break from Radcliffe College, her time at Graceland seems to have been more detached. Unbeknownst to mourners, she was there as a journalist. Her account of the wake eventually was published in Rolling Stone. The Southern, working-class cultural environment appeared alien to the New York native. It was neither the first nor last time that Elvis Presley’s class background defined him.

He was a Great Depression-era born white Mississippian from the wrong side of the tracks in the working-class enclave of East Tupelo.

He and his family moved to Memphis, where he continued an earlier indulgence in popular culture and music emanating from both sides of the color line. He eventually would parlay an immense talent, professional connections, luck, extraordinary attachment to expressive culture and his whiteness into an enormously successful entertainment career. He materially shattered all expectations associated with his social rank.

His significance arguably went beyond accumulated fame and fortune. It sometimes is easy to forget that before he became “Elvis,” he was just a kid who turned to music, movies and fashion because he wanted to escape invisibility and anonymity.

Like countless adolescents who have succeeded him, he was a passionate consumer whose consumption knew few bounds. And Elvis Presley helped reveal that consumerism — despite its many drawbacks — has the potential to break down barriers that separate people.

The Presley legacy, however, is about perception. And Elvis is perceived by many through a lens that focuses on a supposed backward culture he refused to abandon.

In a nation whose story emphasizes progress and always moving forward, such a refusal was an unpardonable sin, a punishable lapse. Therefore, any revolutionary impact he may have had was accompanied and negated by an asterisk that lampooned him as a “Hillbilly on a Pedestal,” “a jug of corn liquor at a champagne party” and the “King of White Trash Culture.”

That perception, of course, is contested. For the mourners in 1977 who filed past his casket, those who have bought over 1 billion of his recordings and the countless people today who are grieving the loss of his daughter, Elvis Presley was a rags-to-riches hero who personified the American dream.

In the days before her death, Lisa Marie Presley attended an anniversary celebration of her father’s birth and a Golden Globe Awards show that presented a best actor trophy to Austin Butler, who had portrayed her father in last summer’s blockbuster motion picture “Elvis.” Surely the thoughts of the Presley legacy crossed her mind.

As we think about her life, it is difficult not to see that legacy as a distinctively American one. Perhaps we should revisit the lament that a Presley’s death deprives our nation of a part of itself. 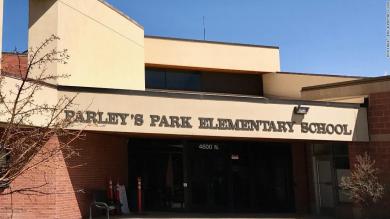 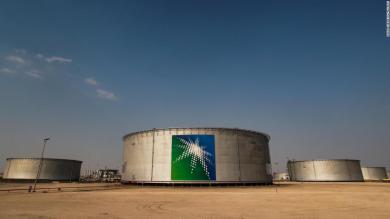 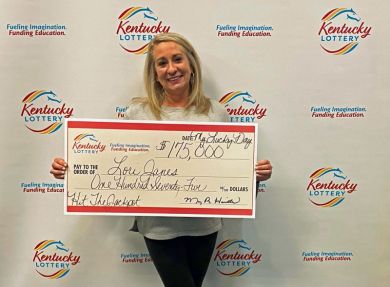 A Kentucky woman won $175,000 after getting a lottery ticket at an office gift exchange 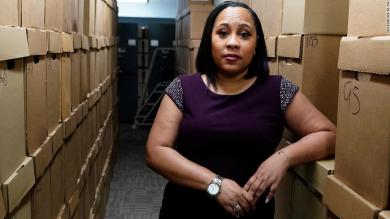