Editor’s Note: Dr. Roopa Farooki is an Internal Medicine Doctor for the NHS in South East England. She is the author of “Everything is True: A Junior Doctor’s Story of Life, Death and Grief,” on the first 40 days of the Covid-19 pandemic. The views expressed in this commentary are her own. Read more opinion on CNN.

I’m writing this towards midnight, having just finished a set of four 13-hour shifts in my small, coastal hospital’s Accident & Emergency (A&E) department.

It’s hard to describe the helplessness we feel, as doctors, every time we walk through the emergency waiting room, packed with patients, knowing we can only review and treat one person at a time.

Knowing that when we see someone really sick, who needs admission, that they might be waiting on that chair or trolley for over 24 hours before a bed on the ward becomes free.

I’m an internal medicine doctor for the UK’s National Health Service – better known as the NHS. I’m currently on the medical on-call team – the majority of patients who come through the front door at A&E are referred to us.

Government-funded and free at the point of care, the NHS is a source of national pride.

And it is in crisis.

There aren’t enough beds for our patients. Trying to include an extra bed on each side of the ward, is akin to trying to make more space in a car park by simply drawing the lines closer together.

And then, there are not enough staff to care for the beds that we do have. When we manage to make a patient well enough to be discharged, we find we cannot, as there is no one in the community to care for them.

No one to help with the non-medical activities of daily living, such as washing and dressing.

We work in hospitals where in the A&E, a consulting room to review and examine a patient is a luxury, and the doctors queue up for them.

I recently had to perform a lumbar puncture – where a needle is inserted into the patient’s spinal canal, to measure and collect cerebrospinal fluid for testing – normally a procedure that you could do at the bedside.

But this patient didn’t have a bed in A&E, even though they clearly needed one, and was just lying down on two chairs pushed together.

I managed to get a consulting room for 30 minutes and did the procedure there, before I was told to leave by the emergency department consultant. It seems I shouldn’t have been allowed to occupy the room for even that long.

My own son came into our A&E not so long ago. He had a dislocated shoulder after falling off his bike, on a day when I happened to be working at a different hospital.

He was treated relatively quickly, with pain relief, his shoulder popped back into place by the emergency department doctor. His X-ray repeated and checked before being discharged.

Still, he was shocked, visibly shocked at the place where I have spent much of my working life.

It’s different when you see your everyday reality though naïve eyes. He saw the elderly patients on the jigsaw of trolleys crammed into the department, pushed against the wall, squeezed in the gap between the bed and nursing stations.

He saw the fluids hanging from rails where we had no stands, lines running into the patient’s forearms. He saw the oxygen fed into their noses from cylinders propped along the bed, the cacophony of beeping machines and alarms.

Sometimes though we can fix a patient’s problem in reasonable time. The patient’s treatment, albeit in an uncomfortable chair, can still be started. And after 24 hours of antibiotics or fluids or other interventions, they can improve enough to be discharged home.

That happened first thing this morning. It was a relief for the patient, their family and me, that I could send him home with oral antibiotics, some two days after he had come into the emergency department.

In this instance, he had not been left in the waiting room the entire time. We had placed him in a small room with five other patients having interventions in their chairs.

In these closeted spaces, informal bonds form. The patients in those rooms look out for each other. If you call out a name, and someone is too hard of hearing to answer, or in the toilet, the others will let you know where they are.

I’m always apologizing to patients. And to their families. I’m humble about the care that we can offer, with the resources and staffing that we have.

I’m always apologizing to patients. And to their families. I’m humble about the care that we can offer, with the resources and staffing that we have.

I’m always worrying that while we’re managing the medical issues – while I’m monitoring arterial oxygenation by taking regular blood gases from their radial arteries, while our nurses are administering medication, while our radiologists are reporting the imaging – that our patients are suffering socially and psychologically.

I encourage them to call their families when they’re in the emergency department, and plug in their phone.

I urge them to keep up their food and fluid intake, while stuck in the trolley or chair. “Please have a cup of tea, and a snack, and a meal, whenever someone comes round to offer you one,” I say.

How is this different from the pandemic? In many ways, it’s not. Then, we worked with the understanding that we might walk into a virus, get ill, and maybe even get critically ill. That’s not changed.

Many of the patients I admitted over Christmas, sitting in the same space as other patients, later tested positive for Covid-19 or Influenza A.

When I wrote an account of the first 40 days of the Covid-19 pandemic, from the start of lockdown, I described the unprecedented nature of the situation, the compromise for patients and my health care colleagues.

“Death and deterioration have been impossibly normalized. You’re living in impossible times,” I wrote.

I never thought that almost three years later we would still be working like this. I had hoped to look back at that time with learning and wisdom, knowing that it was extraordinary, that we got through it, and hoping that I had done enough to help.

But now, that egotism, that sense of what we are doing as individual clinicians is in any way significant, seems foolish.

We are caught in a trap of underfunding that means what we can offer patients isn’t enough. In medical terms, this is a chronic condition, like heart failure. We are now suffering an acute exacerbation, so the fluid that should have been pumped around efficiently is now filling our boots and our lungs. We can barely breathe.

The junior doctors, that is any doctor who is not a consultant, have experienced more than a decade’s worth of sub-inflation pay awards, amounting to a 26% decrease in pay since 2008.

Recently it has been reported that as many as 40% of my junior doctor colleagues will leave the NHS next year.

From my personal experience, that seems optimistic. No one that I know wishes to remain in the NHS once their training contract finishes. They are talking about taking a year off, agency work, heading abroad where there is better pay and conditions, having more time to see their families.

They want anything other than what they have experienced for the last three years.

Already this winter we’ve had several strikes from ambulance workers and nurses, with more planned this week.

But next year, every day will be like a strike day, if something isn’t done to prevent our clinical staff from giving up and burning out.

And the tragedy is that this feels orchestrated. This chronic disease, this failure of our hearts, has been deliberately mismanaged; with the decade of persistent underfunding, it is as though the medication that we need has been withheld, to a point of crisis.

And then the political leadership essentially say to us, “Look, you just can’t work anymore. You’re not well.” As though it is our fault.

Our treasured NHS. I still find it extraordinary that I can organize expensive tests and start life-saving treatments and procedures, from the emergency room to the intensive care unit, that would cost hundreds or thousands of pounds, and ask nothing more from a patient, for all of this, than their time in the hospital.

I still feel that being a doctor is the best job in the world, providing care for those who need it. And I have been so proud to be an NHS doctor, giving back to the place which looked after my sister through her breast cancer and chemotherapy, and me through the birth of my children.

The NHS will exist as long as there are those who will fight for it.

But we’re all so tired. People clapped for us during the pandemic, and it felt empty, performative at the time.

It means nothing when we are left to fight for the NHS on our own.

Man arrested in connection to stabbing of British lawmaker 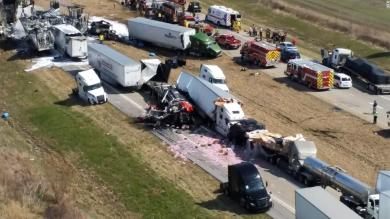 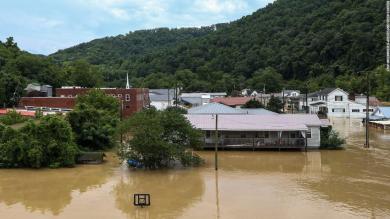 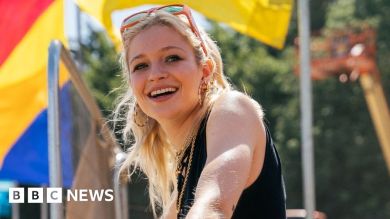 How pop singer Dylan turned her Latitude disaster into triumph