Editor’s Note: Lynda Lin Grigsby is a journalist and editor who has written for NBC News, Shondaland, Parents Magazine and Romper. She is a former editor of the Pacific Citizen, a national Asian American newspaper. The views expressed here are her own. Read more opinion at CNN.

You could be forgiven if January 22 passes without you noticing anything special about the day. Despite its global significance, most markers of civic society in the US — banks, schools, businesses, and government offices — will bustle with normal activity, oblivious to the most significant cultural and historical holiday for Asian Americans.

Unlike the Gregorian calendar followed in most Western countries, which is based on the solar year, next week’s new year’s observances follows the lunar calendar and are celebrated around the world by about 2 billion people in China, Korea, Vietnam and other Asian countries, as well as by the Asian diaspora in the US and around the world.

But depending on where you live in the United States, you might not realize it is a holiday observed by many people in this country too. In places, it’s barely visible, aside from the occasional retail store’s festive red tableau or a flashing digital ad inviting online visitors to jump into the year with high tech gifts to mark the year of the rat or the monkey or the dragon – or whichever year of the Chinese zodiac it happens to be. (For the record, 2023 is the year of the rabbit.)

The Lunar New Year celebrations of my childhood were cloistered behind closed doors, observed only by my family, while people in the outside world went about their day. But this year will be different: In my home state of California, Lunar New Year will be an official state holiday, and it will be every year going forward.

On paper, this official holiday status only directly affects state employees, who can now use some of their paid time off to celebrate. But the effect also ripples out to Asian American families like mine. The official state holiday designation acknowledges that we are a part of the fabric of American society, gives us permission to live out loud and signifies that our joy is as important as our service.

For most of their adult lives, my parents worked through Christmas and January 1 to take time off for Lunar New Year, which can occur anytime from late January to February.

Over a red-draped table filled with food with symbolic meaning – like noodles for long life and steamed whole fish for an abundance of luck – my dad would invariably regale the assembled family members with his own Lunar New Year childhood tales and current stories about the world’s largest human migration that annually clogs China’s transportation system with travelers eager to go home for the holiday.

In our family, we were governed by one, unbreakable rule: No matter where in the world you were, you had to come home for Lunar New Year, because the holiday is about reunion and reconnection.

One year, when I was working in New Zealand, I spent more time on planes getting to and from California than I actually did at my family’s Lunar New Year celebration. That’s how important it was that I get home to honor the tradition.

It can be a challenge to explain the holiday to someone who’s unfamiliar with it: Lunar New Year is a cross between Thanksgiving, Christmas and New Year’s Day. I tried explaining that to a supervisor once, when I was requesting a day off from work for the requisite return to my parents’ house.

She paused, her eyebrows knitted in contemplation, then suggested that since the office offers paid leave for all three of those holidays, I should get a paid day off for Lunar New Year, as well. The silence between us weighed heavily with my anticipation for her to insert the punchline — just kidding! To my amazement, that punchline never came.

Later, my paid day off for Lunar New Year became the topic of dinnertime conversation, with family members remarking how lucky I was to have an employer who would make such a gracious offer. But it struck me at the time that she had made exactly the right call: She was signaling that she understood that my cultural identity was not an exception to — but an integral part of — who I am in this country.

Here’s the thing: Acknowledging the importance of my traditions signifies that every facet of my identity matters, not just the ones that have mainstream legitimacy. By contrast, a life of constantly negating or hiding one’s traditions, in the process sublimating one’s own sense of worth, gives rise to a need – a yearning – to be seen.

Asian Americans and Pacific Islanders are the fastest growing racial and ethnic group in the United States, with a rich and integral history in the building of this country. Isn’t it time to shift conventional thought about a cultural holiday like Lunar New Year as a burden for individuals to negotiate in their own time, expense, and community to an opportunity for more Americans to acknowledge and celebrate? The official state holiday designation is a step in that direction, and California is setting a precedent.

But that also begs the question: Shouldn’t Lunar New Year be designated a holiday across the entire United States? That is now a real possibility.

Legislation – the Lunar New Year Act – introduced in the US House last year by Rep. Grace Meng, (D-NY) would make it a federal holiday. The bill “would demonstrate that the holiday celebrated by millions is also valued by their government,” Meng said in a press release announcing the bill’s introduction. This week, she reintroduced the measure in the new Congress.

Somehow, whenever I bring up the topic of a national Lunar New Year holiday with my friends — regardless of their ethnicity — there’s always pushback. It’s as if the celebration of America’s diverse cultures is a zero-sum game, or as if society would grind to a halt if people from differing cultural traditions were given the acknowledgement they deserve.

The reality is that Asian Americans have already been finding ways to celebrate Lunar New Year by negotiating with their employers to get time off to enjoy the holiday. Official holiday recognition like the kind we now have in California – and may one day have across the country – shifts the burden off of the shoulders of each individual and each individual family.

The model that I think of when I contemplate what a federally recognized Lunar New Year holiday could look like is Juneteenth.

It is no longer a holiday observed exclusively by African Americans, but a cause for celebration by all Americans. And since it became a federal holiday in 2021, I’ve had the opportunity to learn more about our country’s history in more meaningful ways. This new holiday has broadened what it means to be American and whose stories get to be told.

That’s deeply resonant for Asian Americans like me. Throwing open the doors to our cultural holidays — and getting recognition on local, state, and federal levels — would be a profound affirmation.

Lunar New Year traditions are steeped in symbolism. From the food my mom ceremonially offers our ancestors, as well as the elder family members seated at the table, to the colors we choose to wear, and the auspicious greetings that roll off the tongue – all are traditions that for a few days signify unity in an otherwise fractured world.

That’s a message that everyone, everywhere can embrace. 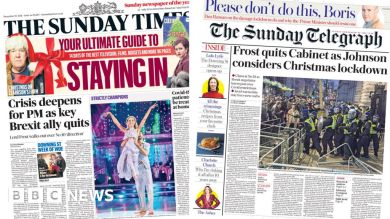 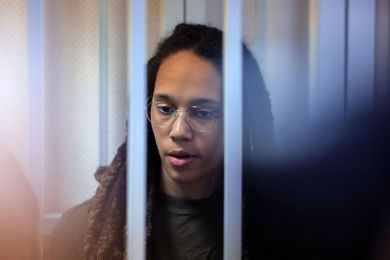 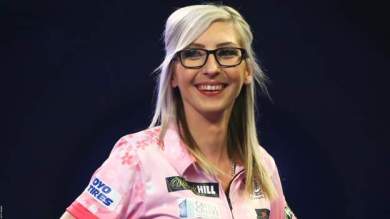