Editor’s Note: Vanessa Hua is the author of the forthcoming novel “Forbidden City,” and of “Deceit and Other Possibilities” and “A River of Stars.” She is a former columnist for the San Francisco Chronicle and has written for many publications about Asia and the diaspora. The views expressed here are her own. Read more opinion on CNN.

By tradition, on Lunar New Year, you’re supposed to outfit yourself with new clothes, from inner to outer layers. If they’re an auspicious red, all the better. You can never have too much luck.

When I first heard about the practice a few years ago, I dismissed it as nonsense. It also seemed extravagant to buy so many pairs in a color vivid under light clothes. My pragmatic immigrant Chinese parents, an engineer and scientist, didn’t pass this tradition down to their children.

In the suburbs east of San Francisco, our family feasted on symbolic foods — such as noodles for long life and a whole fish for abundance —and elders passed out shiny red envelopes filled with crisp new bills. We cut our hair and cleaned the house, sweeping out the old and ushering in prosperity like millions around the world.

Adding another superstition seemed like a hassle I could do without. But as I approach my fourth time around the wheel for the “Year of the Rabbit,” which dawns Sunday — in what’s known as “ben ming nian” or the threshold year — I’ve been reflecting upon the milestones of those past intervals: puberty at age 12, moving across the country for a job at 24 and giving birth to my twin sons at 36.

Famed rabbits include soccer phenom Lionel Messi, actress Kate Winslet and director Quentin Tarantino. Your sign is based upon the date and year you were born, with 12 lunar zodiac animals that rotate in a cycle.

In what’s shaping up to be another year of uncertainty, transition and change — compounded by worry about a looming recession, persistent pandemic and anti-Asian hate — talismans take on a greater urgency. Heaven and earth have been upended, and so to protect my family, I want all the help I can get.

According to Google Trends, searches for “red underwear Chinese new year” typically rise in the weeks leading up to the holiday. It’s one of the most important celebrations in China, Vietnam (as Tết), South and North Korea (as Seollal), Singapore, Hong Kong, Taiwan and across the Asian diaspora.

In time for the new year, a subsidiary of China’s e-commerce behemoth Alibaba offers a large selection of red high-waisted granny panties and boxer briefs emblazoned with gold characters for luck and wealth. Shopee, an online retailer in Southeast Asia and Taiwan, sells boxers featuring a grinning rabbit, clad in traditional robes and surrounded by gold ingots.

The gods get so distracted by the red they forget to smite you, Chinese American astrologer Alice Sparkly Kat explained.

The more I’ve looked into the practice, the more I realize the extent of its popularity.

On Twitter, Enna Alouette, a virtual YouTuber, recently asked for advice for a relative born in the Year of the Rabbit.

Her fans enthusiastically recommended wearing red underwear, socks and string bracelets. “In my home people need to wear the red underwear the whole year,” one wrote. Another added, “Not a big fan of red underwear tho. But my mom always insisted on me wearing it.”

In truth, if you pick out any year in your life, surely you can find moments of grace and adversity. In the last few weeks — before the rabbit emerged from its burrow — a dental crown popped out of my mouth, and thieves made off with my car’s catalytic converter, proof that mishaps can happen at any time.

And yet, after a broken engagement at age 24 and suffering deep misfortune at 36, author Christine H. Lee decided to wear a daily pair of red underwear in her 48th year, in 2021.

“Every day I put them on made me mindful of the sensitivity of that year; I hear that it can be bad, but it can also bring resolution,” said Lee, the Korean American author of the memoir “Tell Me Everything You Don’t Remember.” “Putting them on made me do a short meditation each day and made me feel empowered.”

Compared with the usual New Year’s resolutions — exercise more, eat healthier — this appeals to me because it focuses on what I can control while also acknowledging what I can’t.

The Eastern and Western conceptions of the 12-year cycle — though both based upon the length of Jupiter’s orbit around the sun — differ, Sparkly Kat said.

In the lunar zodiac, you take caution every dozen years. “It’s a disastrous year if you don’t check yourself and hide yourself from power,” said the author of “Postcolonial Astrology: Reading the Planets Through Capital, Power, and Labor.”

By contrast, Western astrology’s “Jupiter returns” is a time of transition in different stages of life. “A growth spurt feeling,” Sparkly Kat said. “You’re becoming larger. It can be disorienting when you’re in the middle of it.”

As an American-born Chinese, I have always adopted and adapted what resonates from the diaspora and from my birthplace.

On the cusp of 48, Joanne Kwong, president of the venerable Pearl River Mart in New York City, told me she feels more assured than ever, ready to tackle what comes her way. Me, too.

Even still, the fellow rabbit plans to outfit herself with red underwear — which her shop will sell in addition to red socks, belts, bracelets, earrings, nail polish and other holiday tchotchkes.

“At this point in my life, I’m a little more superstitious,” said Kwong, who’s Chinese American. “It doesn’t hurt, and it’s lovely to hold onto your culture. And the underwear thing is a funny and festive thing to do.”

Many in Italy and Spain might agree: On December 31, believers slip on red undies for luck and love in the year ahead.

It cheers me to see that marking time and setting intentions with a ritual transcends cultures and borders.

Logically, I know it won’t matter if I wear red or not, but we live in times often at odds with reason. For me — for now — this shared tradition is fortifying, connecting me to the diaspora. (Though in a baffling technicality, you’re not supposed to buy the underwear yourself, so a friend and my husband supplied me with varying styles, in solids, stripes and heart-shaped polka dots.)

My twin sons — who were also born under the rabbit sign — turn 12 this year. What they choose to take from their heritage is up to them. Together, we’re on the same journey of cyclical change.

So often, life hurls by in the scramble to catch the school bus, or the dash to meet deadlines at work. Days become weeks, months, years and suddenly a dozen years go by. My newborns have grown into tweens and I’ve transformed from not quite middle-aged to now very much so.

With the turn of the Lunar New Year, I value a chance to reflect on my past struggles and how I found a way through. 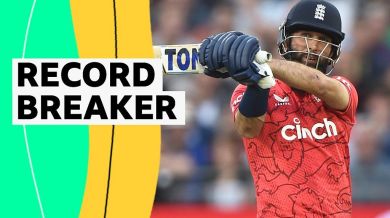 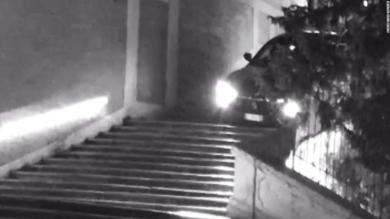 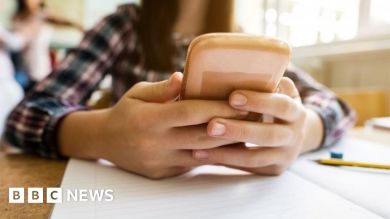 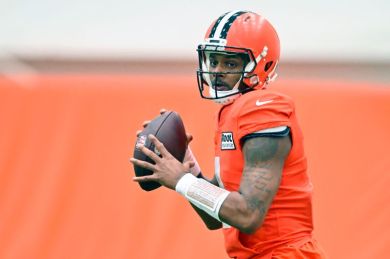 Around 10 of the women who accused Deshaun Watson of sexual misconduct will attend his Cleveland Browns debut vs. Houston, attorney says