Editor’s Note: Frida Ghitis, a former CNN producer and correspondent, is a world affairs columnist. She is a weekly opinion contributor to CNN, a contributing columnist to The Washington Post and a columnist for World Politics Review. The views expressed in this commentary are her own. Read more opinion on CNN.

The war in Ukraine could soon get much worse.

Russia may be preparing to launch a major spring offensive, and it could come even before the winter snows start to melt.

The time to give Ukraine what it needs to defend itself and expel the Russian invaders is now. But despite a remarkably unified commitment, some of Ukraine’s supporters in the West are throwing wrenches in the pipeline.

Ukraine believes the Kremlin could make another push to take the capital, Kyiv, and anticipates that Russian President Vladimir Putin will call up some 500,000 more troops in addition to the 300,000 mobilized late last year.

Moscow denies it’s planning a second mobilization, but the independent Russian news outlet Volya, citing sources in Russia’s military, reported that Moscow plans to recruit another 700,000 troops. In addition, Ukraine also faces more than 50,000 private-army mercenaries, most of them Russian prisoners released in exchange for fighting.

On Friday, US Defense Secretary Lloyd Austin declared, “This is a decisive moment for Ukraine, in a decisive decade for the world,” following a crucial meeting of Ukraine’s top Western allies at Ramstein Air Base in Germany.

Ukraine is fighting against a Russia that has been a pernicious, destabilizing force on the global stage. The West is trying to calibrate its support, but the result of the Ramstein meeting was disappointing for Kyiv and for those who believe Russia must be defeated.

Austin reiterated that the United States will continue to support Ukraine “for as long as it takes,” urging Kyiv’s friends to “dig even deeper.” Despite the exhortations, however, the defense chiefs failed in one of the principal goals of the meeting, deciding to send battle tanks, which Ukraine says it needs without delay.

The decision on tanks was blocked by Germany, reluctant to send its Leopard 2 tanks or to grant permission to other countries that own them to release them. Berlin fears that Moscow will view the presence of German tanks as a provocation and wants the US to send its tanks to give it cover.

Washington is sending armored fighting vehicles and other heavy weapons but maintains that its Abrams tanks are unsuited for this war because learning to operate them takes too long and they are difficult to maintain. They insist the German tanks are a better fit.

Blocking the transfer of needed weapons to Ukraine is, shall we say, not Germany at its best.

Ukraine’s Eastern European backers, invaded by Russia during the Cold War and earlier, were fuming. Poland’s foreign minister lambasted Germany, reminding Berlin that this is not just an exercise, “Ukrainian blood is shed for real.” The three Baltic states — Latvia, Estonia and Lithuania — demanded that Germany act “now.”

A frustrated Ukrainian President Volodymyr Zelensky has said, “There is no rational reason why Ukraine has not yet been supplied with Western tanks.”

As it battles Russian soldiers and mercenaries, Ukraine has another worry. One Ukrainian source told CNN that Kyiv is concerned about the shift in the political balance in Washington now that Republicans — some of whom are less than wholeheartedly supportive of Ukraine — have taken control of the US House of Representatives. Ukrainians require the continuing forceful backing they have received from Washington.

Watching from afar, it’s easy to get the impression that Putin may soon end his hapless Ukraine war. After all, this conflict has been an utter disaster for Russia, even if it continues to kill scores of civilians by bombing apartment blocks, and despite an occasional symbolic advance.

Putin has no intention of stopping. He has silenced his liberal critics at home, but he is under pressure from far-right nationalists, including some who own mercenary armies and are showing off their prowess while mocking the Russian army that answers to him, as has Yevgeny Prigozhin, who runs the notorious Wagner Group.

Besides, Putin, who views himself as a clever student of history, may be looking at some of Russia’s greatest victories, which it wrested out of the jaws of defeat.

Russia managed to repel invasions by Napoleon and the Nazis, but the current Russian President may have gleaned the wrong lesson from his predecessors’ prowess. Napoleon and Hitler were the invaders. The Russian empire, and later the Soviet Union, was defending itself.

This time, Russia is the aggressor. Ukraine has the home-field advantage, including the inexhaustible determination to defeat the hated invader.

In fact, history teaches us something else: In 2008, Putin invaded neighboring Georgia and got away with capturing some of its territory. In 2014, he invaded Ukraine’s Crimean Peninsula and got away with that. Then, last year, he decided to take all of Ukraine.

The lesson is that when the Kremlin’s expansionist military adventures succeed, they are followed by more aggression, more wars, more illegal confiscation of its neighbors’ territory. Moscow’s victories seem to produce more wars of Russian aggression.

Defeating this assault is the best way to secure future peace, to reaffirm the notion that a rapacious country cannot simply swallow a peaceful neighbor — a notion we thought had ended after World War II.

Understandably, Germany emerged from that war with a pacifist bent. But the lesson of World War II is about the danger of allowing aggressive despots to make gains.

German Chancellor Olaf Scholz may hesitate to send tanks to fight Russia, as Germany did in the 1940s, but he too may be distilling the wrong lessons from history. German tanks invaded a sovereign country back then. This time, they would be defending one.

Some, in fact, argue that the World War II experience bestows Germany with a unique moral responsibility to provide Kyiv what it needs. (When the Nazis invaded the Soviet Union, by the way, they invaded Ukraine, one of its republics.)

After the defense ministers at Ramstein announced they had not decided to send tanks, Zelensky, clearly disappointed, reaffirmed that Ukraine urgently needs tanks but added an intriguing comment about what had transpired. “Not everything,” he said, “can be announced in public.”

Sooner or later, I have little doubt, the tanks will come. Already German Defense Minister Boris Pistorius has ordered an inventory of the Leopards and suggested that other countries that own them start making preparations in case Germany authorizes the transfer.

Later is better than never, but there’s no reason, no excuse to delay, because Russia is about to make the war in Ukraine even deadlier. The window for preventing a much longer war may soon close. 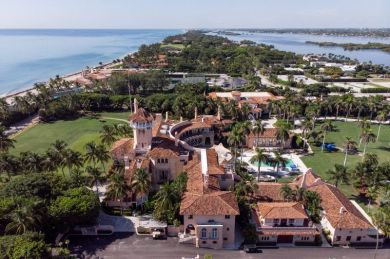 Analysis: A new deadline and critical questions bear down on judge in Trump documents case 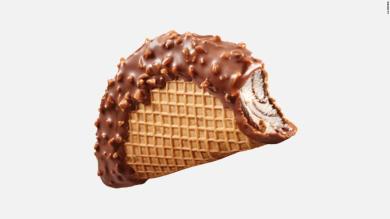 The Choco Taco is gone for good 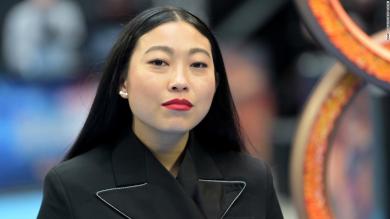 Awkwafina issues statement addressing accusations that she has used a ‘blaccent’ 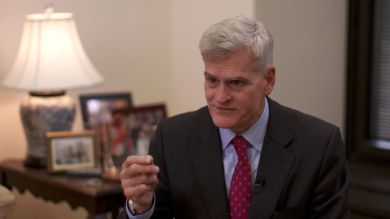 Bill Cassidy: Senate Republican chokes up as he talks about how mental illness impacted his family