Thomas — one of the top court’s most conservative members — shared his comments Friday at the 11th Circuit Judicial Conference in Atlanta, amid a national outcry over a leaked Supreme Court draft opinion that would overturn Roe v. Wade.

The Supreme Court justice criticized people “becoming addicted to wanting particular outcomes, not living with the outcomes we don’t like.”

He told the audience of primarily lawyers and judges that the high court “can’t be an institution that can be bullied into giving you just the outcomes you want. The events from earlier this week are a symptom of that.”
It’s not entirely clear whether “events from earlier this week” referred just to the leaked court opinion overturning Roe v. Wade or, as Reuters suggests, to the backlash across the nation to the fact the court was on the verge of ending the federally protected right of reproductive freedom for women.
In any event, Thomas — as The Washington Post reported — raised alarm bells that what we saw last week “bodes ill for a free society.” Thomas also spoke about a “different attitude of the young,” who, he warned, might not show the same respect for the law as past generations did. “Recent events have shown this major change,” he added.

This level of hypocrisy by Thomas would be laugh-out-loud funny if it were not so serious in terms of the real impact upon Americans.

For starters, his comment that younger people don’t have the same respect for the law as past generations is jaw-dropping given that the Supreme Court appears poised to overturn the nearly 50-year precedent of Roe v. Wade, which recognized that women have a constitutional right to reproductive freedom. Talk about a lack of respect for the law.
How does ending women’s right to self-determination bode well for the “free society” that Thomas says he is so eager to protect? If the draft opinion overturning Roe becomes law, at least 13 GOP-controlled states have laws already enacted that will go into effect banning abortion.
Just last month, the Republican Governor of Oklahoma signed into law a near total ban on abortion that would make it a felony if anyone helped a woman who became pregnant as a result of a rape to end her pregnancy. As a practical matter, that means women who are raped will be forced to carry the rapist’s fetus to term. Is that Thomas’ idea of a “free society”? To me, it’s barbaric.

Then, there’s Thomas’ hypocrisy with respect to the actions of his wife, Ginni Thomas, after the 2020 election, and in the days before and after the January 6 protests and attack on the Capitol.

As we recently learned, Ginni — a long-time conservative activist — sent numerous messages to Mark Meadows, President Donald Trump’s chief of staff, in the days after the November 2020 election, urging him to work tirelessly to overturn the 2020 election.
On November 10 — three days after the media called the election for President Biden — Ginni Thomas urged Meadows in a text message: “Help This Great President stand firm, Mark!!!” She added: “The majority knows Biden and the Left is attempting the greatest Heist of our History.”
Even after all of Trump’s legal challenges had failed, just days after the January 6 attack on our Capitol, Ginni Thomas was texting Meadows on January 10, 2021 — slamming then-Vice President Mike Pence for not unilaterally overturning the vote, as Trump had demanded.

She texted at the time, “Most of us are disgusted with the VP and are in a listening mode to see where to fight with our teams.” She concluded by saying the election result marked “the end of Liberty.” Talk about “becoming addicted to wanting particular outcomes” and “not living with the outcomes we don’t like.”

Ginni Thomas also recently admitted to attending, although she said she was not involved in planning, the January 6 rally that saw thousands of Trump supporters gather in Washington, DC, at Trump’s urging to “Stop the Steal.”

At that rally, Trump told the crowd, “We’re going to walk down to the Capitol,” adding, “We have come to demand that Congress do the right thing and only count the electors who have been lawfully slated, lawfully slated.”
Directing thousands of people, many of them visibly angry, to “demand” Congress do what Trump and his supporters wanted — despite all the recounts and key court rulings going against Trump — should be of concern to Justice Thomas, if he were truly concerned with the “bullying” of government institutions. Yet, not a peep from him about any of this.

Thomas’ remarks are not about a “free society,” “bullying” or respect for the law by “the young.” This is Thomas — like many on the right — slamming tactics that don’t further his own agenda. It’s bad enough that politicians embrace this mentality, but far worse when members of the highest court in the land do it.

Thomas’ words erode the concept of an independent judiciary that guards all our rights — and replace it with a Supreme Court that is simply part of the GOP political apparatus. And that is undisputedly not good for a “free society.” 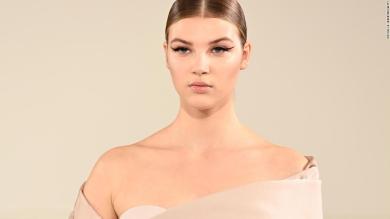 From space-age silhouettes to a princess on horseback: 5 highlights from Haute Couture Week

Covid-19: Vaccine passports and children urged to get jabs in hotspot county 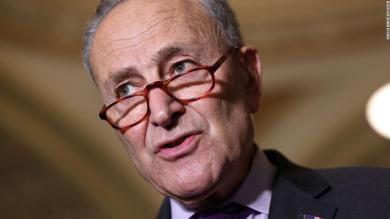 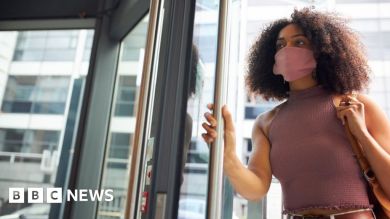