UK fans who followed this year’s draft were licking their lips when the fixtures were announced for the NFL’s return to London.

The top two picks, Trevor Lawrence and Zach Wilson, are both exciting quarterbacks tipped to lead their teams into a new era – and both were scheduled to visit Tottenham this month.

Lawrence arrives next week with the Jacksonville Jaguars so Wilson gets the first chance to give an expectant British crowd a glimpse into the future.

After letting Sam Darnold leave, the New York Jets have put their faith in the “flashy” youngster with an “unbelievable” arm, and BBC pundits Jason Bell and Osi Umenyiora “can’t wait” to see him live against the Atlanta Falcons on Sunday.

With the Jets having gone 2-14 last season and coach Robert Saleh having just taken charge, it was always going to take Wilson time to settle in.

Then Wilson burst into life against the Tennessee Titans. The 22-year-old threw two touchdowns as the Jets fought back in the fourth quarter before winning in overtime.

He finished with just one interception and 297 passing yards, catching the eye by running out of the pocket and pointing down the sideline to Corey Davis before finding him with a 53-yard touchdown pass.

“Last week showed why they drafted him,” said Bell. “His ability to make second-reaction plays and then make the throws is unbelievable. They were so high level and precise.

“That big throw he made down the field, the adjustment by the receiver when Wilson points to him. That’s command, that’s trust.

“As [Tampa Bay coach] Bruce Arians says ‘no risk it, no biscuit’. He’s going to throw some up there, but the kid has all the arm talent in the world.

“He’s having trouble seeing over the middle of the field, which makes sense, he’s young and defensive coverages are confusing in the NFL. So get him out of the pocket and let him use that big arm down the field and make the defence back up because this kid can make you pay if he gets out on the edge.”

‘The Jets could really turn the corner with Wilson’

Coach Saleh has suggested Wilson will have to play in a conservative manner while the Jets aim to develop a winning habit. Umenyiora disagrees, especially against an Atlanta defence that’s been the league’s most vulnerable through the air.

“Zach Wilson is a flashy guy with a big arm,” said Umenyiora. “He can dissect a defence, taking shots down the field. He’s not a game manager, making short plays here and there, dink and dunk. I don’t believe that’s the right way for him to play.

“They should use him like they did in the second half last week. He has the arm talent, the ability to make all the throws. He just needs to grow up a bit in terms of reading the game, reading the coverage and being able to distribute the ball across the field.

The Jets sacked Ryan Tannehill seven times, meaning only four teams have more sacks this season, and with that foundation, Bell says they could enjoy their first winning season since 2015.

“If teams don’t miss a lot of tackles and don’t give up a lot of yards after the catch, it tells me they’re fundamentally sound,” he added.

“Offensively they’ve got to grind out to get some points but if Zach Wilson can make two or three of those big plays a game, they can win. They could really turn the corner.”

‘A great environment for a great game’

Atlanta have had a knack of throwing games away, most notably Super Bowl 51 as they let a 28-3 lead slip against the New England Patriots.

They did so again last week as Washington scored two touchdowns in the last four minutes to deny the Falcons their second win of the season.

And that was despite veteran quarterback Matt Ryan throwing for 283 yards and four touchdowns – three to running back Cordarrelle Patterson.

The Falcons also have a new coach, with Arthur Smith appointed after a 4-12 season, and Tennessee’s former offensive coordinator has stuck with Ryan, 36, who is ninth on the all-time list for passing yards.

“Everybody was talking about getting another quarterback but Arthur Smith was like ‘I’m happy with this guy’,” said Bell. “And when you have a weapon like Cordarrelle Patterson and you’re dispersing him in the ways they are, it tells you that they’ve got creative play calling.

“They’re able to put points on the board, but their problem is defence. They’ve got to get off the field. That’s what they have to show on Sunday. Can the defence come up with some good plays because the offence can move the ball and score?”

Whoever comes out on top, Bell is glad to see the NFL back in London after the pandemic ruled out any chance of international games in 2020.

“The opportunity to come out here is so different for the players,” he added. “This is a unique experience and environment.

“I really missed being a part of it last year and I can’t wait to see that crowd. There’s so much energy and the players feed off it. It makes a great environment for a great game.” 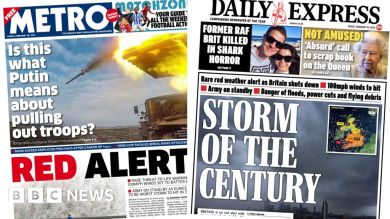 The Papers: UK on red alert for 'storm of the century' 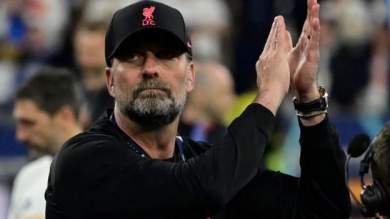 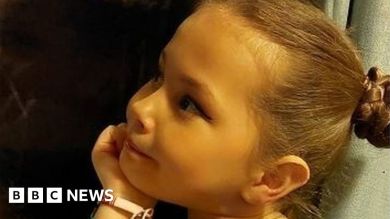 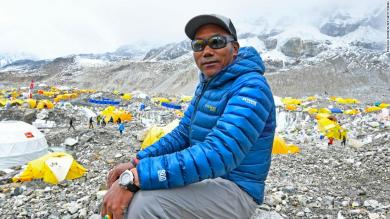