The NFL returns to London after a two-year gap with the thirst for the gridiron as strong as ever in the UK and back-to-back games taking place at the Tottenham Hotspur Stadium.

The New York Jets take on the Atlanta Falcons first up on Sunday, before a Florida derby comes to London a week later with the Jacksonville Jaguars hosting the famous Miami Dolphins.

Ticket sales have still been strong even though there will not be as many American fans flying over because of Covid-19 restrictions, and although the usual off-field events may be more muted, the excitement levels are still palpable among UK NFL fans desperate to see their heroes in the flesh once again.

Players and coaches are embracing the games but it is far more of a business-trip atmosphere these days, with teams usually only arriving on Friday and heading back right after the game. With the added pandemic factor, a flying visit makes even more sense this year.

Covid is still around, with the odd player missing games here and there, but the NFL has done a much better job in having players vaccinated with figures published by the league on 7 October stating that 93.3% of players had been vaccinated.

That is in stark contrast to fewer than half of Premier League and EFL footballers getting the jab.

Rookie quarterbacks to light up London?

The Jaguars and Jets may have been the two worst teams in the NFL last season, but that enabled them to take the top two picks in April’s draft when selecting quarterbacks Trevor Lawrence and Zach Wilson to lead their revivals.

Lawrence is touted as the best rookie QB of a generation but he has the toughest job on a team in need of a complete overhaul, and with college coaching legend Urban Meyer having a sticky start to his first NFL job.

Having already lost as many games in the NFL than he did in his entire college and high school career, Lawrence must do better but there have been some promising signs. Against a struggling Miami he can show London what he is really made of.

Wilson has what NFL experts call “major arm talent” in that he can really let it fly, as he showed when throwing the most yards a Jets QB has managed for two years in their impressive win over Tennessee last Sunday.

The 22-year-old may have been the second pick, but he is on a better team and showing more promise right now to be number one in the performance charts in London over the next two Sundays.

Of the 28 games played in London since 2007 there has never been a game involving two teams with a winning record, and before the first game this year, the four franchises set to play in the UK capital are a combined 3-13. The Jaguars are 0-4 and on a desperate 19-game losing streak overall.

The Jets and Jaguars combined for only three wins last season and are at the start of a major rebuilding process, something which looks a lot smoother going in New York than Jacksonville thanks to Jets coach Robert Saleh not attracting the negative press his opposite number Meyer has.

Atlanta have a star veteran quarterback in Matt Ryan but not much else owing to some dire problems with the salary cap that has seen the talent pool in their squad diminish significantly.

Among the many problems for the Jets and Falcons, the standout issues are clear – the Jets have scored the fewest points in the league (47) while the Falcons have conceded the most (128).

More of a mystery are the Dolphins, who only just missed the play-offs last season with a 10-6 record and have a team decent enough to go a step further. They would be the only one of four you could see making a run, if they can get their quarterback Tua Tagovailoa back healthy and playing well again.

The Jaguars are regular visitors to London and at one stage it seemed that NFL commissioner Roger Goodell was determined to see a permanent franchise hosted in the UK.

Four games a year were held in London in 2017 and 2019 to simulate half of a regular season, and many owners in the league were behind the plan and felt it was inevitable despite the many logistical problems involved.

However, there now seems to have been a change in strategy as the NFL looks to go fully global, with the league looking to Germany to host one of the four games to be played outside the USA each year. Two will stay in London, and the other remains in Mexico.

All 32 teams will also be given the chance to embark on a marketing blitz in set locations around the globe to drum up more and more loyal fans. Having fans support a team rather than just the league is seen as key to growing the sport – and that looks to have taken priority over having a team in London permanently.

The Jaguars will remain London’s adopted side for now, though, and their fans have been building with their continued presence in the UK games. That popularity will be put to the test against the Dolphins though – who are the most popular NFL team in the UK, according to a YouGov poll taken this summer.

A Florida derby being played out in north London is still a sign that this is a sport still on the rise. 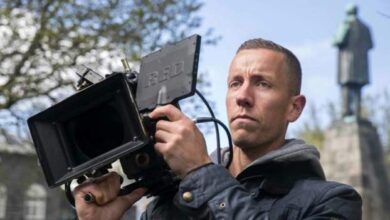 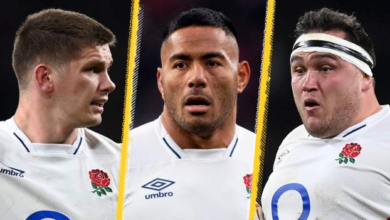 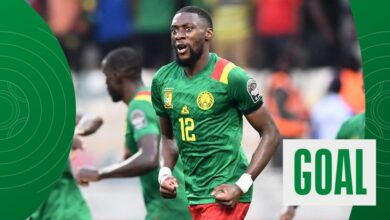