Mahomes limped out in the first quarter but returned to battle through the second half despite obvious discomfort as he threw two touchdowns to see off a stubborn Jaguars side.

A late Trevor Lawrence interception ended Jacksonville’s chances as the Chiefs set up a game against either the Cincinnati Bengals or Buffalo Bills.

The Bengals and Bills meet on Sunday night and the Chiefs will host Cincinnati at Arrowhead Stadium if they progress, while a Buffalo victory will mean a neutral venue in Atlanta being used to stage the AFC Championship between the two.

Tight end Travis Kelce had a huge game for Kansas City, catching two touchdown passes, one from Mahomes and one from his back-up Chad Henne, who impressively came in and led the team to a record touchdown drive.

The Jaguars had the league’s worst record last year, but matched this year’s AFC top seeds for most of the contest, with Lawrence hitting Christian Kirk to level the game at 7-7 in the first quarter, before Travis Etienne’s fourth-quarter score made it 20-17.

Jacksonville had produced the greatest play-off comeback in history last week, so could never be counted out, which may have led to Chiefs head coach Andy Reid allowing Mahomes to play on through the pain despite hobbling around and being unable to produce his usual scrambling.

Even with one leg though, Mahomes was able to lead the Chiefs on a 75-yard drive in the fourth quarter before throwing a trademark unorthodox TD pass to Marquez Valdes-Scantling that effectively sealed the contest.

Mahomes set a new single-season NFL record for offensive yards this season with 5,614 passing, rushing and even a few receiving yards, and also led the league with 41 passing touchdowns in a campaign that could well earn him a second Most Valuable Player award.

And the 27-year-old started the game like an MVP, leading a near-perfect opening drive of 83 yards and 12 plays containing some highlight reel throws and culminating in a 13th touchdown catch of the season for Kelce.

After the Jaguars levelled, Mahomes was marching again before potential disaster struck when Jaguars defender Arden Key fell on the Chiefs quarterback’s ankle causing a nasty-looking injury that had him limping off to the sideline.

Mahomes tried to continue but had to sit out the rest of the half, leaving veteran back-up Henne, 37, to come in at a crucial stage, with the Chiefs back up on their own goal line and his first play of the game being a throw out of his own end zone.

However, the former Jaguars starter went on to pick up where Mahomes left off, leading the hosts almost the full length of the field before again finding Kelce for the tight end’s 14th score of another superb season.

That 98-yard drive is a play-off record for the Chiefs, and also gives them hope that they can survive without Mahomes if they need to, and there will be that worry given how serious his ankle injury looked.

A lot of the build-up now to Kansas City’s fifth straight AFC Championship game will be about the health of Mahomes’ ankle – he said post-match that he would be fit for the next game – as they prepare to either host the Bengals or head off to Atlanta to play the Bills. 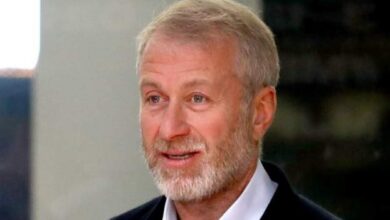 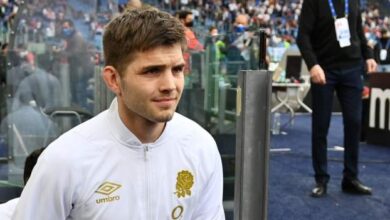 Six Nations 2022: Harry Randall – the England scrum-half made in Wales 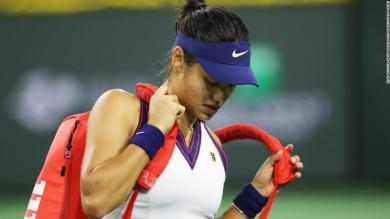