(WXYZ) — The Mount Clemens varsity football team was supposed to hit the field Friday night for their annual homecoming game, but they couldn’t find enough referees to officiate the game.

The shortage is not unique to Mount Clemens or the metro Detroit area, athletic coordinators say it’s happening all across the state.

We called at least four athletic departments in the metro Detroit area, all of them said they had to push a game back or forward because they didn’t have enough refs to cover the field.

Officials say this issue has been a long time coming and it’s impacting game calls, fan experiences, and student-athletes as a whole.

“These boys were in tears yesterday,” said Kyla Foster, whose son plays for Mount Clemens.

Her heart breaks for her son Darren who will miss out on his homecoming game for the second year in a row now.

Mount Clemens announced they had to cancel the game because they didn’t have enough referees.

Foster doesn’t buy it and says parents have spent hundreds of dollars on special homecoming jerseys for the boys.

Unfortunately, the referee shortage is very real and widespread, that’s according to Geoff Kimmerly who works for the Michigan High School Athletic Association.

He says they lost 25 percent of their football refs last year.

“We haven’t rebounded, we haven’t lost more than last year, but we haven’t added so we are still down about 25 than where we’d usually be for football officials. All that said, this is the first varsity game that hasn’t been able to play at all,” said Kimmerly.

In most cases, athletic departments will have to push games back or forward a day so they have enough refs.

Monroe soccer coach Ian Cook says the shortage has impacted his team more than once.

“We’ve had a number of games where we expected three officials and we’ve only had two,”said Cook. “And in the particular weekend we had a tournament and for the final 3 games, we only had one official, so we had to use our junior varsity players as what we call club officials.”

“Fan behavior has in some places has gradually gone downhill and that makes it difficult to keep people interested in doing this,” said Kimmerly.

Not having enough bodies on the field can impact penalty calls and in the event that the game is canceled altogether, it could change the trajectory of a team’s season.

We did reach out to the Mount Clemens varsity coach to see if the game will be rescheduled, but have yet to hear back.

Parents and players say they were planning a protest at 4 p.m. Friday. 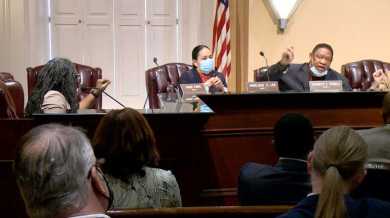 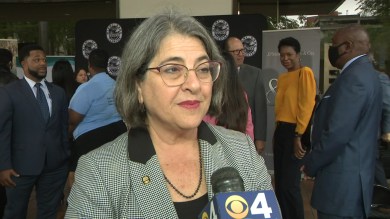 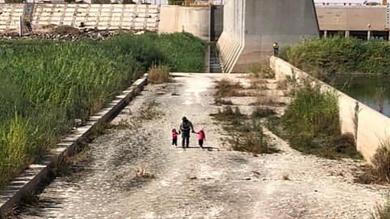