INDIANAPOLIS — Last week, Evita Ealey logged her daughter into Zoom for an eLearning day like she has done several times over the course of the pandemic.

This time, she logged in to hear a conversation in progress about her daughter.

“When we got accepted into the Zoom, her teacher, now her previous teacher and a fellow teacher were discussing my daughter just like we’re on Zoom right now in front of myself, my daughter, and the class,” Ealey said.

The things being said were not good.

“You expressed in-depth how you hated my child,” Ealey said. “They discussed her mentally, calling her ‘retarded.’ She said she begged other teachers at Central Elementary School to take her. She said she would take six students for my child.”

The conversation went on for quite some time, long enough for Ealey to try and reach someone at the school about what was happening.

“I was able to call up to the school and the school office heard as well and they were just as shocked,” Ealey said.

The impact on Ealey’s 8-year-old daughter Emeri was obvious.

“It got to the point where I had to tell her that she could go to her room, you can watch TV for the rest of the day,” Ealey, said. “With tears in her eyes, she said I didn’t know my teacher hated me.”

Ealey showed us emails she received from the school about the incident. In one of them, Central Elementary School Principal Gail McGee apologizes to her about the incident and said it was unacceptable for staff to have made those comments.

“The only people I can say who’s apologized are the principal, the superintendent and the director of HR,” Ealey said.

The teachers involved have not apologized according to Ealey. She shared a long Facebook post with the hope there will be some accountability for what happened.

She told WRTV, she wants both teachers to be terminated. Her daughter is now attending a different school in the same district. They’re happy to be getting a fresh start.

A spokesperson for the MSD of Pike Township sent us this statement regarding the incident.

We are aware of these allegations. Although we are unable to discuss personnel matters, please know that we are taking this reported incident very seriously and are in the process of conducting a thorough investigation. The students and families we serve deserve to be treated and regarded with the utmost respect. The MSD of Pike Township finds any behavior that does not meet this standard to be unprofessional, inappropriate, and entirely unacceptable. Body of student pulled from retention pond on Christmas 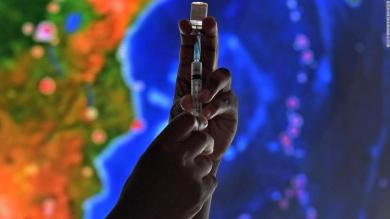