That term is “MAGA Republicans,” which Biden embroidered with “extreme” but, significantly, not “Donald Trump.” The distinction reflects polling and analysis by Biden allies designed to identify the most effective arguments for Democrats in trying to fend off a crippling Republican blow in November’s elections.
“It’s very clear that the Democratic Party hasn’t had a coherent story to tell about the Republican Party and what’s happened to it,” says Anita Dunn, a top Biden adviser who participated in the research and soon will rejoin the White House staff. “I don’t think we were looking for this particular message, but it found us.”
Democrats have long intended to spend the 2022 homestretch trying to redirecting voters’ attention from discontent with Biden’s performance toward a contrast with Republican opponents. They have no choice; a century’s worth of historical trends, reinforced by today’s discontent over inflation, among other issues, point toward midterm losses likely to cost them control of the House and perhaps the Senate.

The question has been what kind of contrast to draw.

Traditionally Democrats used issues such as tax and spending priorities to assail Republicans as the party of the rich. That helped President Barack Obama win reelection in 2012 over Mitt Romney, the former private-equity executive who now represents Utah in the Senate.
In 2018 and 2020, Democrats ran successfully against Trump’s unpopular persona and agenda. But he’s neither president nor on the ballot now, facts that undercut Democratic attempts to use him as the foil in Virginia’s gubernatorial race last fall.

That’s when the liberal Center for American Progress began exploring different approaches. Looking beyond the ex-President, its polling tested broader themes involving changes Trump accelerated within the GOP that have outlived his tenure.

“This is so much bigger than him,” explains Navin Nayak, president of the Center for American Progress Action Fund. “They have radicalized.”

Eyeing a larger portrait, the Center for American Progress didn’t measure attitudes toward discrete topics such as climate change or abortion. With Americans voting less on policy stances than on the party they personally identify with, it explored defining a reshaped GOP to turn potential supporters toward Democrats.

In separate polls, Hart Research and Global Strategy Group asked Americans who don’t strongly align with Trump about the GOP’s evolution. Their research suggested that many saw extensive changes in the last five to 10 years in the Republican Party, and in key sectors of the electorate — independents, non-Whites, Whites without college degrees — substantial shares said those changes have been for the worse.

In districts and states with battleground races for the House, the Senate and governorships, pollsters found that assailing “a new extreme MAGA agenda” moved voters more than hitting the GOP’s quest to “lower taxes for the rich.” The pollsters also concluded there was broad agreement with the idea that Republicans were “willing to do anything for power.”

Those findings anchor the new argument Biden and fellow Democrats have begun making. It seeks to cast the Republican quest for power as a threat not just to voters’ economic interests but also to American values, personal rights and democracy itself.

Their leading example came on January 6, 2021. Next month, public hearings by the House committee investigating the deadly insurrection will drive the point home by showcasing the role of Trump and Republican allies.
Now the leaked draft Supreme Court opinion on abortion has unexpectedly provided what Nayak calls a “powerful proof point.” As Biden demonstrated from the White House last week, Democrats will use potential rollback of a half-century old constitutional right to rally voters against extremism.
Highlighting how Republicans exercised power to create a conservative Supreme Court majority also fits the strategy. In 2016, Senate Republican leader Mitch McConnell of Kentucky fabricated an election-year excuse to block consideration of an Obama court nominee, then discarded it in 2020 to push through a Trump pick. Since the leak, Republican Sen. Susan Collins suggested that two Trump-appointed justices had misled her about their views on Roe v. Wade during the confirmation process.
The extremism framework encompasses the call by veteran Democratic strategist James Carville to highlight “out-and-out weird” Republicans such as Reps. Marjorie Taylor Greene of Georgia and Madison Cawthorn of North Carolina. Dunn says Democrats intend to “make them even better known than they’ve already made themselves.”
By directing attacks at “MAGA Republicans,” Biden leaves space for cooperation with more traditional GOP lawmakers. One of them, Ohio’s retiring Sen. Rob Portman, joined the President at a metals plant here as he touted a pending bill investing billions in semiconductor manufacturing. But raising the partisan temperature risks complicating negotiations.

Odds against Democrats holding Congress remain long, since most voters continue to disapprove of the President’s performance. What Biden advisers hope is that the “MAGA Republican” theme gives them a fighting chance.

“There’s no magic formula for the party in power to win a midterm,” Dunn concludes. “Making it a choice, not a referendum, is a first step.” 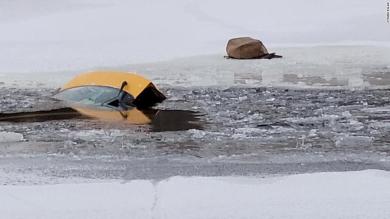 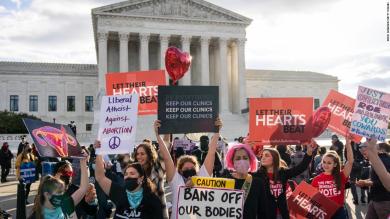 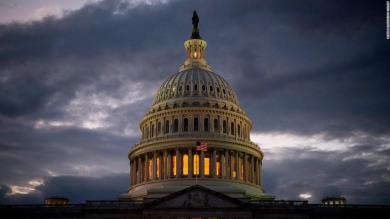 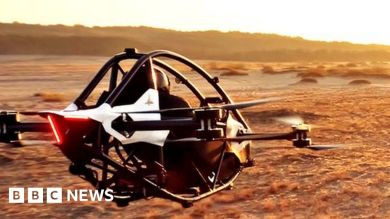 Like a drone that you sit in – but would you feel safe?